Gov. Mike DeWine says his state’s 2020 primary will not be seen as "legitimate" amid coronavirus outbreak 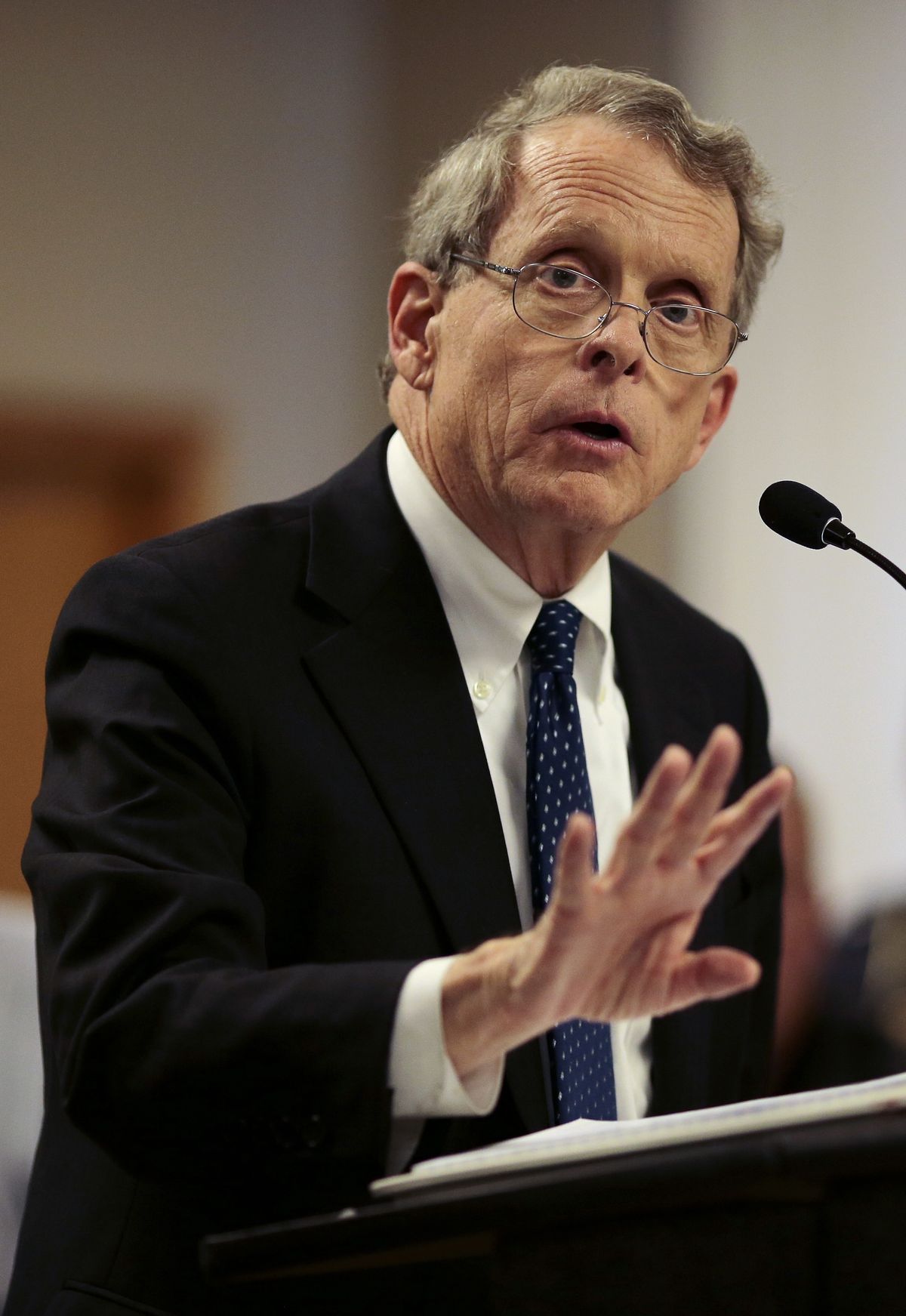 FILE- In this April 22, 2016, file photo, Ohio State Attorney General Mike DeWine speaks during a news conference in Piketon, Ohio. Authorities are scrambling to determine who killed eight family members in a "pre-planned execution" that has shaken residents of their rural southern Ohio community. DeWine on Sunday, April 24, described the killings near the small community of Piketon as "a sophisticated operation. (Sam Greene/The Cincinnati Equirer via AP, File) MANDATORY CREDIT; NO SALES (AP)
--

Ohio's Republican governor brought into question the legitimacy of his own state's 2020 primary if it occurs on Tuesday.

Gov. Mike DeWine and Ohio Secretary of State Frank LaRose issued a joint statement after a judge blocked their plan to postpone the election.

"Logistically, under these extraordinary circumstances, it simply isn't possible to hold an election tomorrow that will be considered legitimate by Ohions," the two said, in a statement.

NEW statement from Ohio Gov. DeWine and Secretary of State LaRose saying "it simply isn't possible to hold an election tomorrow that will be considered legitimate by Ohioans." There's no mention of an appeal in the statement, but this implies to me that one is coming? I've asked! pic.twitter.com/1Rhn8TkJft