Have Trump and the GOP outflanked Dems on coronavirus relief plans? Not yet

Trump and the GOP suddenly want to send out checks — but beneath the jargon, Democrats' plans are more substantive 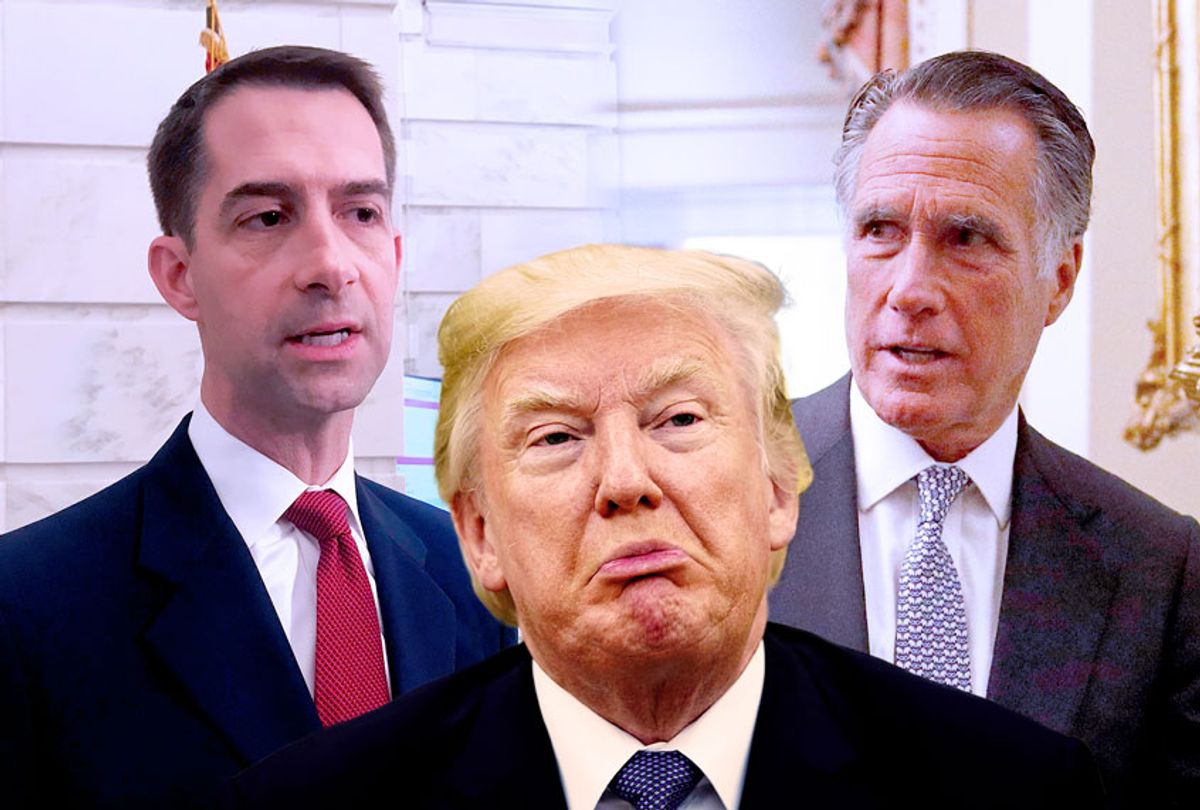 They say there are no atheists in foxholes. It might be more true to say that in a crisis, everybody becomes a leftist.

Multiple states reported more unemployment applications on Monday than were submitted the entire month of February, as employers across the country began initial rounds of mass layoffs due to the COVID-19 pandemic and widespread shutdowns of businesses, schools and public facilities of all kinds. Treasury Secretary Steve Mnuchin is reportedly already warning of unemployment numbers approaching Great Depression levels in the near future.

"We are looking at sending checks to Americans immediately," Mnuchin announced on Tuesday.

At a White House press conference on Tuesday, the Trump administration called for Congress to fund an emergency rescue plan that would cost roughly $1 trillion. "Americans need cash now, and the president wants to get cash now. And I mean now, in the next two weeks," Mnuchin told reporters.

The White House proposal comes after at least three Senate Republicans — Mitt Romney of Utah, Tom Cotton of Arkansas and Josh Hawley of Missouri — called for direct cash payments to individuals. This shift is so sudden as to be disorienting. While modern-day Republicans have a long history of corporate socialism, they have never supported redistribution of wealth down the income ladder, beyond negligible tax cuts or credits. Now faced with a once-in-a-hundred -years catastrophe, at least half caused by President Trump's seemingly willful mishandling, Republicans rushed to Twitter to herald the federal government as a white knight ready to rescue the economy for the little guy, even as stock markets have seen their worst days in modern trading. And for that, they've received bipartisan praise.

"These are not ordinary times. This is not an ordinary situation," Senate Majority Leader Mitch McConnell said at a press conference. "So it requires extraordinary measures."

No Republican bills have actually been introduced yet and the GOP's nonspecific proposals come days after multiple Democrats in the House introduced emergency universal basic income packages. Still, Republicans have had a field day basking in a counterfactual narrative about outflanking Democrats from the left. That's because the bipartisan relief package finally passed by the House before the lower chamber broke for recess in the early morning hours on Saturday was considerably more conservative.

Democrats on Capitol Hill, making a plausibly earnest effort to actually lead in a time of crisis, are losing the messaging battle.

House Speaker Nancy Pelosi reportedly walked out of a Democratic caucus briefing last week after Jason Furman, who served as President Obama's chief economist, called for cutting checks. When Democrats in the Senate tried to put an emergency paid sick leave bill up for a vote on the floor last week, Sen. Lamar Alexander, a Tennessee Republican, struck down the proposal because it failed to force the federal government to foot the entire bill.

To be sure, Republicans aren't suggesting the government cover sick leave costs for the benefit of the people receiving it. As Alexander makes clear, they just want the government to cover it to help business. It's a familiar right-wing move of socializing costs and privatizing benefits, only this time Republican lawmakers have gone so far down the corporate-socialist rabbit hole that they are popping out the other side and proposing policies that sound downright left-wing.

Of course, the minute a Democrat takes the White House, Republicans will suddenly believe that government spending can't contribute to GDP and that economic stimulus actually shrinks the economy. But for now, as Democrats quietly introduce aid packages that are objectively more far-reaching and substantive — including a universal basic income plans put forth by Sens. Bernie Sanders, Michael Bennet, Cory Booker and Sherrod Brown that would send as much as $4,000 to nearly every adult and child in the United States this year — Republicans want to get in on the action. After all, this is an election year, and it is clear the global economy will be in a tailspin, or in the early stages of recovery, come November.

This is why Democrats must end the mealy-mouthed, technical talk about means-testing relief and low-interest small business loans. That sounds like anything but bold, decisive action. If this crisis has presented a political opportunity for Republicans, it's an opportunity that involves the promotion of progressive policies. Democrats would be foolish to do anything but welcome the GOP onboard and remind them that they're late for the train.

Glad to see @TomCottonAR @MittRomney @AOC & others joining my efforts (HRes 897) to implement an #EmergencyUBI of $1,000/month tax-free for every American adult during this crisis. With bipartisan support in the House and Senate, we can do this. #ForThePeople #CoronavirusOutbreak

So no, Democrats haven't actually been outflanked by Republicans on the left — at least not yet.