How Jared Kushner's family is cashing in on COVID-19 testing 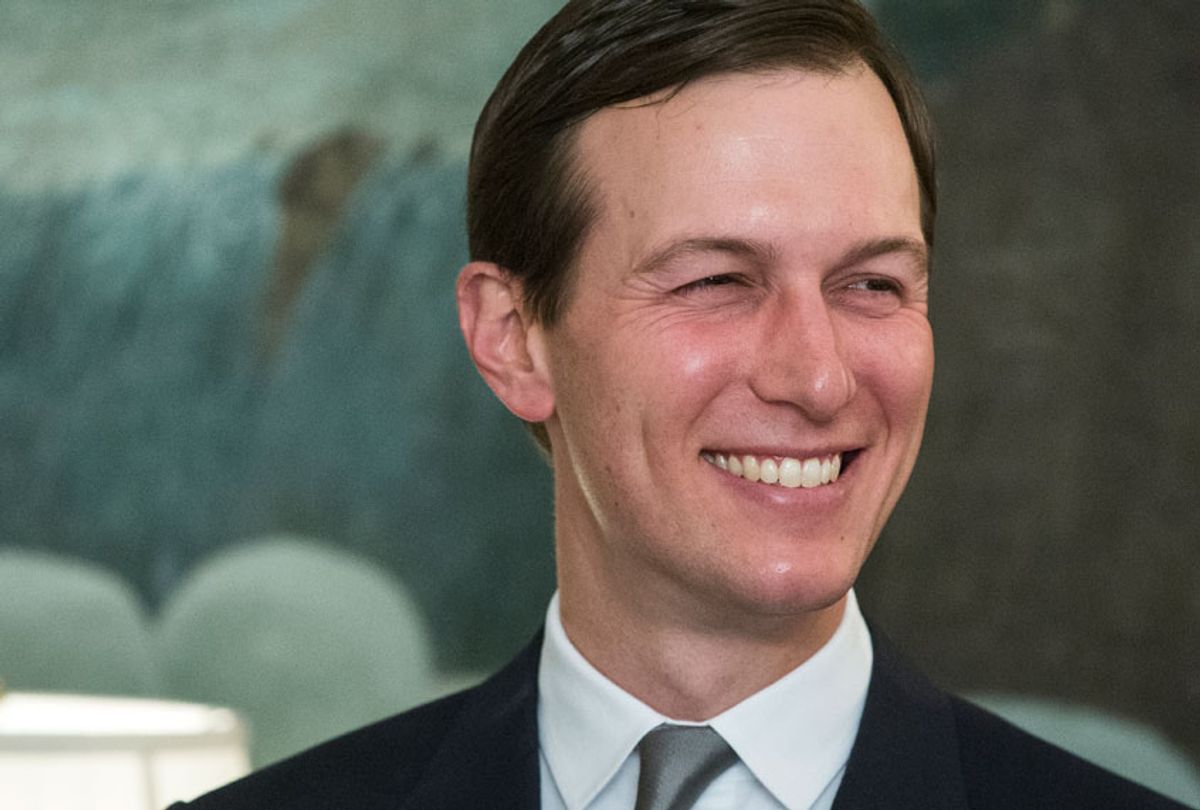 The Kushner family is trying to cash in on the pandemic that could kill millions of us.

Oscar Health, the health insurance company co-founded by Jared Kushner's younger brother,announced Friday it has launched a testing center locator for COVID-19. It shows where more than 100 centers are in the United States. The company is also offering a risk assessment survey and means to talk to a doctor online.

The coronavirus is predicted to kill anywhere from almost 500,000 Americans in the next year to more than 5 million. At least 62 people in the United States had died by Sunday; 3,130 have tested positive.

Team Trump announced Saturday that Trump tested negative for the virus despite presiding over a coronavirus hot zone at Mar-a-Lago. Testing efforts have been marked by delays and dysfunction. Just a few thousand people were tested during the weeks the virus spread across our country.

Trump reportedly tried to woo a German company working on a cure for the coronavirus to move here and make a vaccine only for us.

Joshua Kushner co-founded Oscar Health in 2012. His co-founders are Mario Schlosser, the company CEO, and Harvard Business School classmate Kevin Nazemi who left the company in 2015.

Billionaire Peter Thiel, a Trump supporter who co-founded PayPal, invested millions in Oscar Health through his Founders Fund. Joshua Kushner's father-in-law is New York doctor Kurt Kloss who turned to his Facebook group of emergency room doctors for advice to pass onto Team Trump about how best to handle the pandemic.