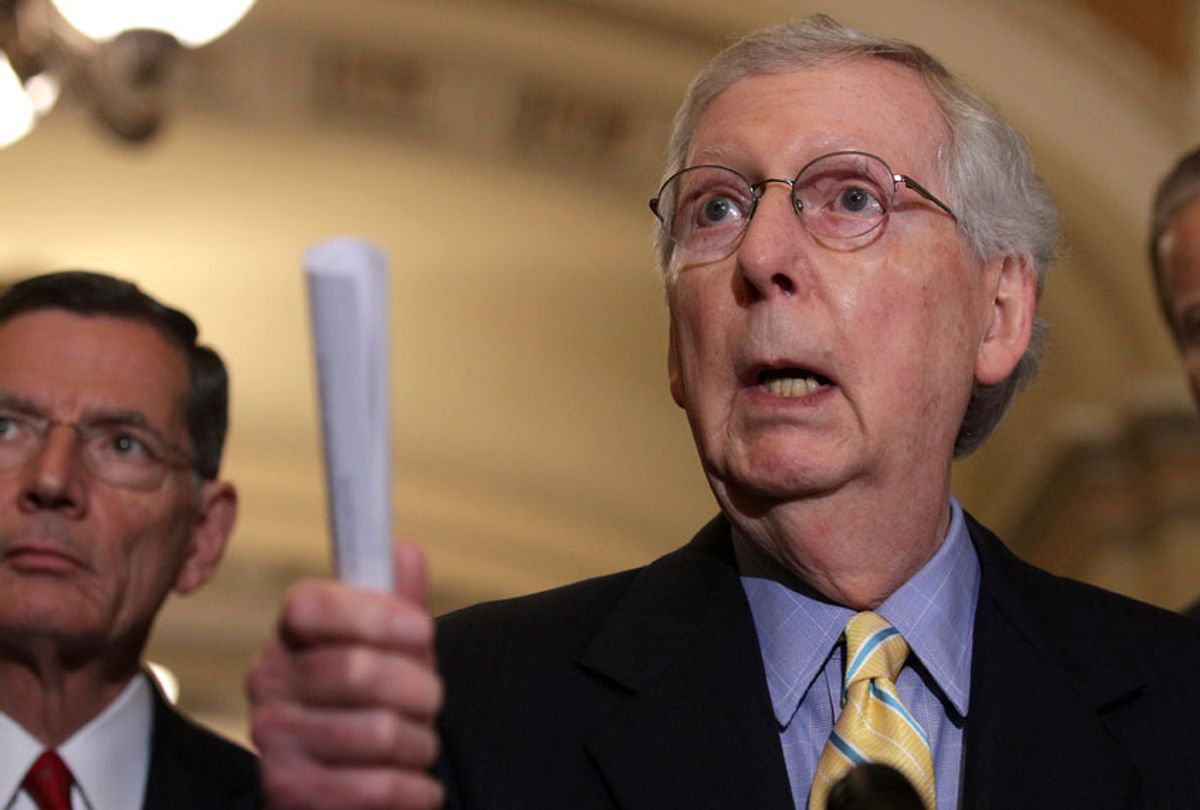 Senate Majority Leader Mitch McConnell (R-KY) is on a quest to jam through conservative judicial nominations while he still maintains control of the Senate.

The New York Times reports that McConnell and his allies "have been quietly making overtures to sitting Republican-nominated judges who are eligible to retire to urge them to step aside so they can be replaced while the party still holds the Senate and the White House."

McConnell's push for judicial retirements comes at a time when the GOP has been "running out of federal court vacancies to fill," as they've spent the past three years ramming through right-wing judges to the courts.

"The overt effort by Republicans to create vacancies reflects a realization that Mr. Trump could lose the presidency, or that Republicans could lose the Senate majority and deprive Mr. Trump of his partner on judicial confirmations even if he did gain a second term," the Times reports.

Although Trump and the GOP planned to campaign on the strength of the economy in 2020, the coronavirus pandemic has made an economic contraction all but inevitable, and there is a strong likelihood of a recession striking just months before voters head to the polls.