The Fed slashed interest rates to near zero, but it will require unprecedented action to calm panicky market 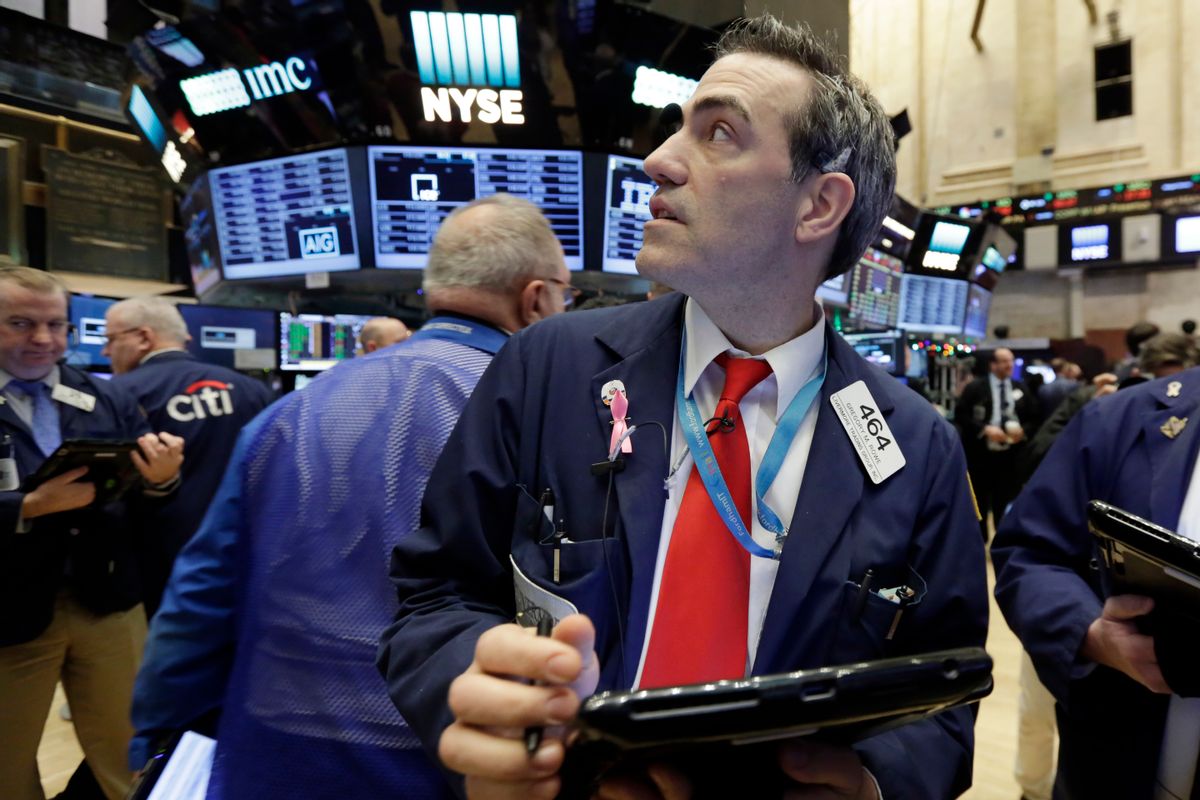 The Federal Reserve is 0 for 2 in its fight against Wall Street's coronavirus panic, seeming to confirm perceptions of the central bank's impotence.

As a finance professor who does research on how Fed policy affects financial markets, I believe that to make a real difference in what's happening in the markets, the U.S. central bank will need to do what it did a decade ago to calm markets: whatever it takes.

And that means once again reaching into the unknown.

During the 2008-2009 financial crisis, markets were in free fall for months before calm was restored and assets like stocks started climbing again.

One of the main things that changed was that policymakers finally demonstrated they were ready to do whatever it took to return things to normal. The federal government committed about US$1 trillion to support the banks, bail out automakers and shore up mortgage lenders.

At the same time, the Fed not only cut interest rates from 5.25% to zero but unleashed an unprecedented set of measures in an effort to keep credit markets from seizing up, shore up liquidity and become the lender of last resort for a variety of financial institutions. For example, the Fed's large program of bond buying, known as quantitative easing, helped stimulate the economy by lowering interest rates for a variety of bonds and loans. The Fed held over $4 trillion in securities at the program's peak in 2015.

Today, markets across the globe are making it clear that things are getting worse and policymakers need to do a lot more to ease the frayed nerves of investors.

It's not just stocks tanking. A broad range of credit markets are also beginning to seize up, just as they did in 2008. Two of the markets in particular reveal how bad things have gotten.

Normally, when stocks tumble, bonds issued by very strong companies like Microsoft and Johnson & Johnson go up because they're seen as a haven, just like U.S. Treasuries. But their prices are going down, which means their yields — which in effect is what companies will have to pay to borrow money — are going up quickly.

Similarly, the market for commercial paper — basically, very short-term corporate IOUs — is beginning to seize up. This is some of the safest debt around, primarily issued by top-grade companies — and usually paid back within days — to buy inventory or make payrolls. Back in 2008, stress in this market caused a run on money market funds and only calmed when the Fed began buying commercial paper directly for the first time in its history.

If problems like these continue, it will put serious strain on corporate borrowers. Coupled with the direct economic shock of what is happening, this may lead to bankruptcies and mass layoffs, making the downturn even worse. It will also send the message that the only safe haven for investors is in Treasury bills.

Getting ahead of the curve

So far, the Fed's actions have helped to keep markets from seizing up. But in a fast-moving crisis, the Fed seems to be reacting to events instead of trying to anticipate them.

The latest cut, coming a few days ahead of a regularly scheduled meeting, was coupled with a plan to buy $700 billion in Treasury bonds and mortgage-backed securities, effectively restarting its quantitative easing program.

This is a good start. But, just as in 2008, the Fed will likely have to do things it's never done before to solve the problem. That may involve finding new ways to keep overall credit conditions from getting worse. Otherwise, the economic shock of the coronavirus pandemic may inflict lasting damage on businesses and households.

The crisis could be tackled in a variety of ways. I'm not advocating a specific approach. The point is that the Fed needs to show markets it understands the seriousness of this crisis and, just as in 2008, will be the lender of last resort and will do whatever is necessary to ease financial stress.

Fed Chairman Jerome Powell helpfully noted in a press conference that the central bank has many more tools in its toolkit, but he also emphasized what it can't do, in terms of fiscal policy. Fair enough, but markets need to hear what the Fed can and will do, not what it can't.

Back in 2002, his predecessor Ben Bernanke popularized the idea of "helicopter money," in which the Fed supplies large amounts of cash to the public directly, "as if the money was being distributed or scattered from a helicopter." Bernanke never did it, but maybe Powell will need to.

During the global financial crisis, the U.S. government did send out checks to regular people to help stimulate the economy, but this ultimately added to the deficit. The difference with the Fed doing something like this is that it can "create money" out of thin air, which can lead to inflation but also means it's virtually unlimited.

Show us the money

Of course, Fed can't end a public health crisis with a wave of its hand. No matter what it does, the pandemic will take time to abate, perhaps depending on how well Americans follow the advice of public officials and hunker down.

And Powell was right: The Fed alone can't prevent or stop a recession. Whether anyone can do so at this point is debatable, but at the very least, government stimulus of some magnitude will certainly be needed to contain the damage — and more than is currently being considered.

But the Fed can — and must — find a way to reassure financial markets and stop the panic before it gets out of hand, even if stocks continue to decline as we learn more about the extent of the outbreak in the U.S.

Put another way, Powell needs to "show us the money."