“Getting coronavirus is not a death sentence except for maybe no more than 3.4 percent of our population" 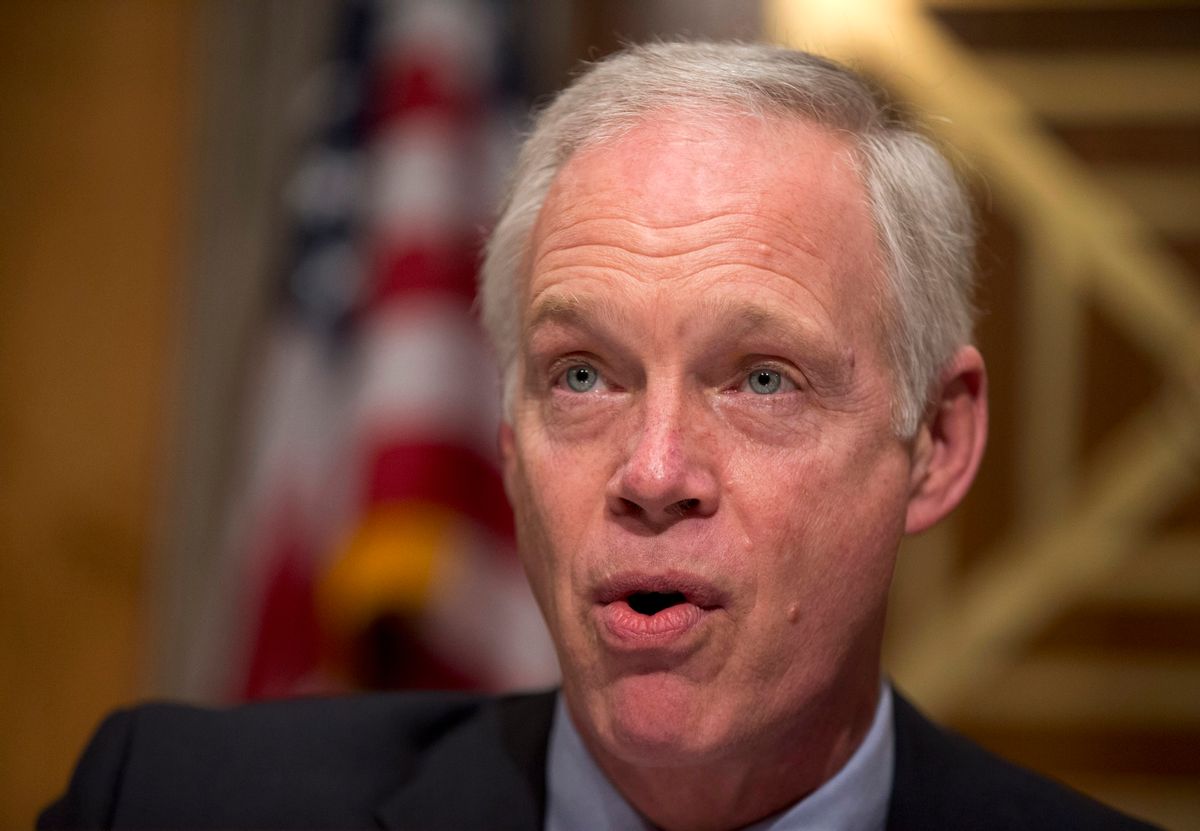 On Wednesday, the Milwaukee Journal Sentinel highlighted a quote from Sen. Ron Johnson (R-WI) in a new interview, in which he appeared to suggest that it wouldn't be worth shutting down the economy over the risk of 11 million Americans dying.

"I'm not denying what a nasty disease COVID-19 can be, and how it's obviously devastating to somewhere between 1 and 3.4 percent of the population," said Johnson. "But that means 97 to 99 percent will get through this and develop immunities and will be able to move beyond this. But we don't shut down our economy because tens of thousands of people die on the highways. It's a risk we accept so we can move about. We don't shut down our economies because tens of thousands of people die from the common flu."

When pressed by reporter Craig Gilbert, Johnson acknowledged coronavirus is much more dangerous than the seasonal flu, but added that "getting coronavirus is not a death sentence except for maybe no more than 3.4 percent of our population [and] I think probably far less."

The United States is estimated to have around 327 million people. Doing the math, if Johnson was correct, that would still mean COVID-19 could kill 11 million Americans if the entire population was infected. By contrast, fewer than 34,000 people died in motor vehicle accidents in 2018.