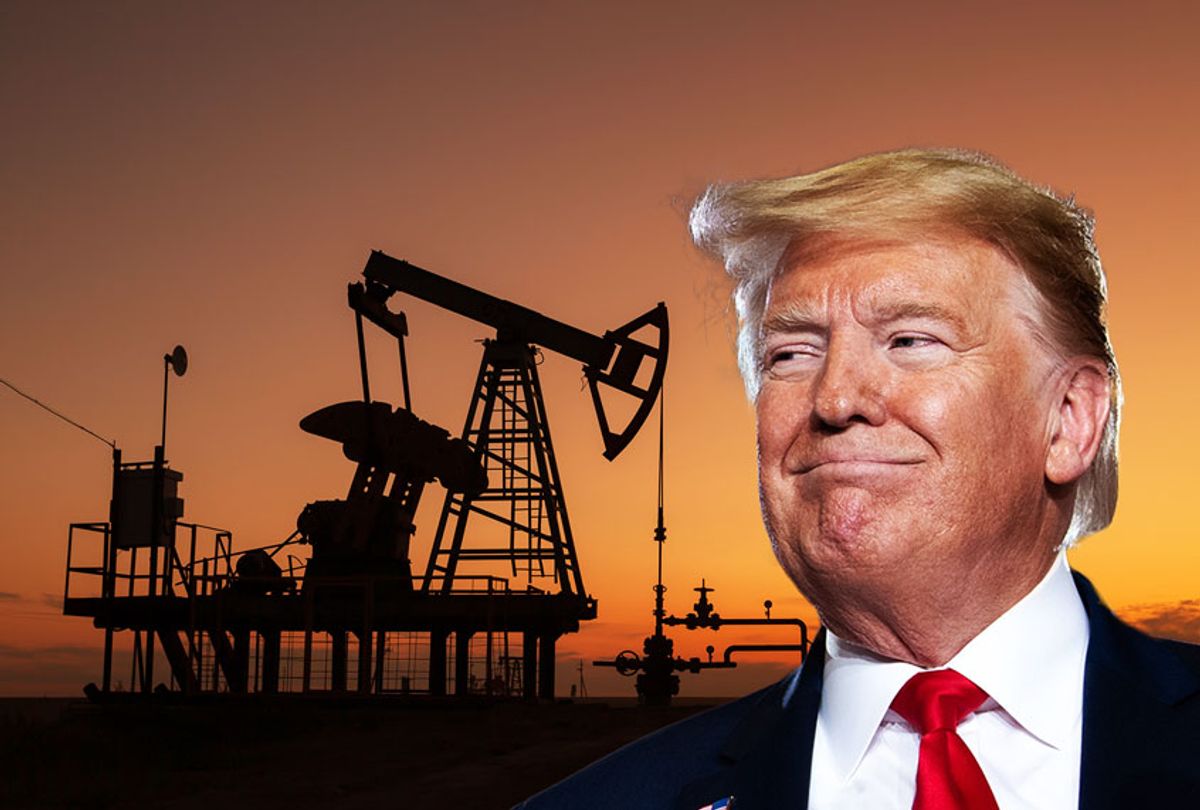 Climate advocacy groups responded with swift condemnation Thursday after Treasury Secretary Steven Mnuchin said he will recommend that President Donald Trump ask Congress for as much as $20 billion to purchase oil in what Barron's reported "would essentially equate to a bailout of the U.S. oil industry, because several U.S. producers would likely go out of business if demand and prices stay low."

"Let's go out and buy… Fill up the reserve," Mnuchin said in a Thursday morning interview with Fox Business Network, referring to the Strategic Petroleum Reserve (SPR). The secretary's comments about potential purchases that could fill the SPR for a decade came after Trump declared Friday that "we're going to fill it right up to the top."

The U.S. advocacy group Food & Water Action issued a statement Thursday denouncing the possible multibillion-dollar buys by the Trump administration as a "gross abdication of duty."

"It is often said that moments of crisis bring out the true colors of those in power," said Food & Water Action Executive Director Wenonah Hauter. "This could not be better exemplified than by Trump's new plan to spend tens of billions of dollars bailing out the fossil fuel industry instead of diverting every available resource to the overwhelming needs of our overburdened public health system trying desperately to tackle the virus outbreak."

"A $20 billion oil buy for the country's petroleum reserve is nothing more than a thinly-veiled handout to the fossil fuel industry at a time when its profits are suddenly declining from record highs," she said. "The last thing Trump should be doing in this time of generational crisis is allocating vital national resources to an industry that contributes to global environmental and human health instability."

Hauter added that "well-meaning members of Congress from both parties should be rejecting this egregious proposal out of hand."

Brett Hartl, government affairs director at the Center for Biological Diversity (CBD), also spoke out against a bailout for Big Oil, particularly as the world works to contain the new coronavirus that, according to Johns Hopkins University's tracker, has killed at least 9,700 people and infected more than 236,000 across the globe.

"The Trump administration's proposal to spend $20 billion for their oil industry buddies is as tone deaf as it is morally bankrupt," Hartl said. "People are suffering and dying, but all Trump and Mnuchin care about is keeping the fossil fuel industry rich while our planet's climate unravels and a global pandemic rages."

The Department of Energy announced in a statement Thursday that Trump has directed the DOE to fill the SPR "to its maximum capacity by purchasing 77 million barrels of American-made crude oil."

The DOE statement noted that the agency had earlier in the day disclosed a solicitation for the purchase of an initial 30 million barrels and explained that more solicitations will follow, with a focus on small to midsize oil producers that have been particularly affected by the pandemic and related economic issues.

According to Bloomberg, Brouillette told reporters Thursday that DOE is seeking $3 billion from Congress to cover the cost of those purchases.

"We're moving as fast as we can," Brouillette said. "It's our expectation that once Congress appropriates the funds, we can start to purchase oil approximately two weeks after that date."

Environmental activists in recent days have decried the Trump administration's focus on propping up the fossil fuel industry that has hugely contributed to the global climate crisis rather than improving the federal government's efforts to manage the ongoing public health crisis.

On a global scale, climate action advocates have called on world leaders to learn from coronavirus and pursue a global Green New Deal to address the climate emergency and the world's economy with a just transition to renewable energy.

Trump, however, has maintained his support for the fossil fuel industry. Oil prices surged a record 24% Thursday after the president said during a White House press briefing that he would get involved in the ongoing Saudi-Russia oil price war at an "appropriate time."

Business Insider reported that "the gains were the best daily performance ever for US crude. Still, prices are down roughly 60% as major producers prepare to ramp up production while the coronavirus pandemic weighs on demand."