Republicans are actually supervillains: They profited while abandoning us to coronavirus

GOP senators made shady stock trades while minimizing coronavirus — and yes, Liz Warren has a plan to stop that 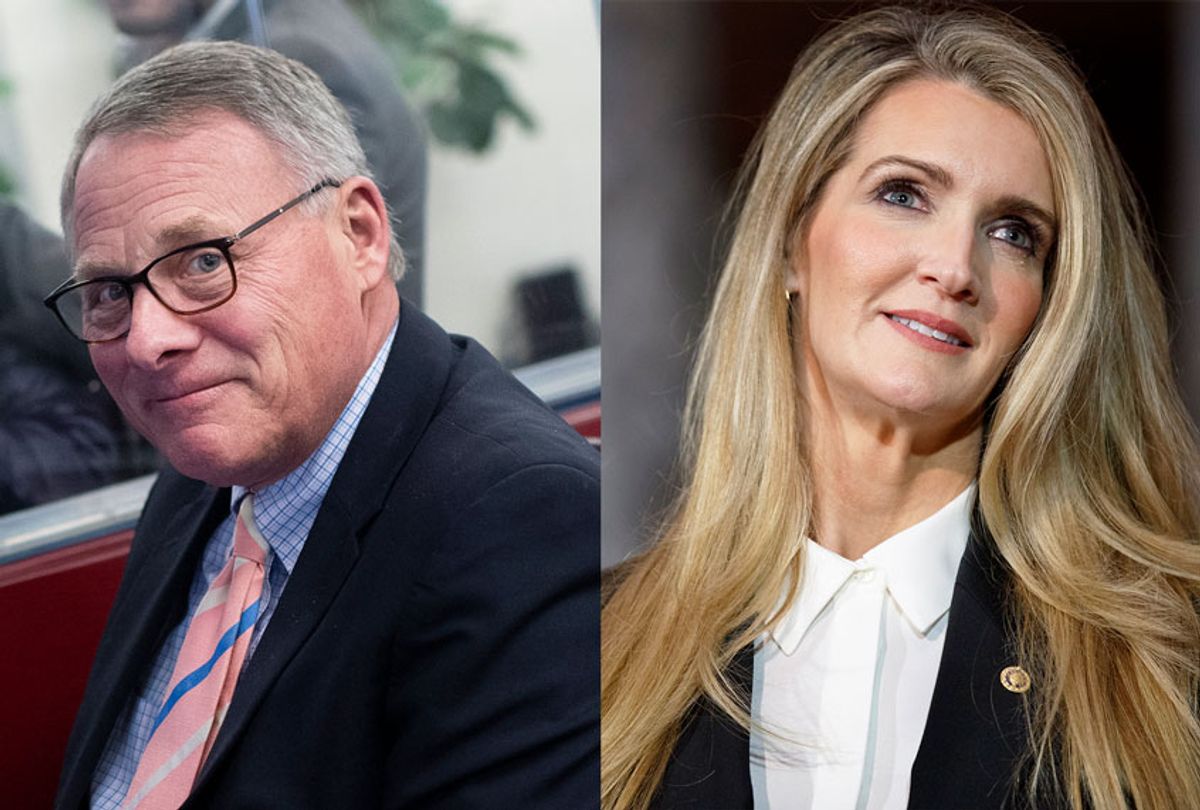 The No. 1 rule, when it comes to Republican behavior during a crisis, is that it is always worse than you imagined. That was true during Donald Trump's Russia scandal, when it turned out that the Republican chair of the House Intelligence Committee was denying and hiding evidence while trying to undermine the federal investigation into Trump. It was true throughout the impeachment process, when various Republican figures made no bones about their belief that there was no crime Trump could commit that they would convict him for.

Nor is this a recent development. George W. Bush is primarily remembered for lying us into a war with Iraq, but let's not forget that this was accompanied by outing a CIA agent for vindictive purposes and running torture camps, as well as an explosive scandal involving multiple Republican members of Congress reportedly being paid off by lobbyists.

So it's sadly comes as no surprise that not only did congressional Republicans knowingly back up Trump's efforts to lie to the public about the dangers of the new coronavirus, there's good reason to fear they leveraged that knowledge to cash in on the stock market.

At least three Republican senators — Senate Intelligence Committee Chairman Richard Burr of North Carolina, Jim Inhofe of Oklahoma, and Kelly Loeffler of Georgia — all unloaded large amounts of stock before the crash, and the question is whether they did so because they were apprised of the dangers of the coronavirus and the fact that this crash was almost certainly coming. If so, that's especially sinister, since all three of them misled the public about the real dangers of the virus and Trump's refusal to do anything about it until it was too late. All of which paints a picture of people who not only lie to the public, but make money off doing so.

The cases against Burr and Loeffler are particularly strong.

As reported by ProPublica, Burr spent weeks getting daily coronavirus briefings, due to his role on the Intelligence Committee, and spent that time telling the public everything was going to be just fine. Privately, however, he was selling off up to $1.7 million in cash and telling high-dollar donors in a closed-door event that the situation was actually quite severe.

It's a similar story with the recently-appointed Loeffler, who told the public on Feb. 28 that Trump and his administration were "doing a great job working to keep Americans healthy & safe." But starting in January, after Loeffler received briefings about the dangers of the coronavirus from health officials, the Daily Beast reports that she and her husband made a series of 27 stock sales that beat the crash — and one stock purchase, in one of the few companies that has seen share prices rise. Who is Loeffler's husband, you may be idly wondering? His name is Jeffrey Sprecher, and he's the chairman of the New York Stock Exchange. An interesting coincidence, no?

The case against Inhofe — who, as recently as last week was trolling the press with virus denialism by offering to shake hands on camera — hasn't been as well established in the press, but it is worth noting that he was in the same briefing as Loeffler on a Friday, and as soon as he could on Monday, he sold off stocks.

One Democrat, Sen. Dianne Feinstein of California, has also been flagged by the press because she received intelligence briefings and then her husband sold stock. But that situation appears far less damning, as that stock was sold when share prices were falling, not before, and those prices haven't fallen much lower since. Also, more to the point, Feinstein wasn't cashing out while assuring the public that everything was going to be fine.

The frustrating thing about all this is that while it's illegal for members of Congress to profit off insider knowledge, it's extremely difficult to prove that's what they actually did — and of course, everyone is denying it. Even if there's substantial evidence, with Republicans holding power in the Senate, there's little will to conduct a proper ethics investigation.

Situations like this are why Sen. Elizabeth Warren, D-Mass., put comprehensive corruption reform at the center of her now-terminated bid for the Democratic presidential nomination. Both the plan her campaign released in the fall of 2019 and a bill she introduced in the Senate in 2018 would outright ban not just members of Congress, but federal judges, White House staff, senior congressional staff and Cabinet members from owning or trading individual stocks while they're in office. Instead, they would have to put their investments elsewhere, where they simply couldn't profit from having inside information that could affect individual companies or the overall market.

Such a ban wouldn't just prevent likely insider trading, it would also shut down questions about impropriety of the sort that Feinstein has been facing, fairly or not. It would certainly help refocus the attention of members of Congress away from personal profit and toward their duty to serve the nation.

But of course this scandal touches on something deeper than garden-variety profiteering, even of the sleaziest sort. That stuff is an important and pressing issue that shouldn't be left on the back burner, though it probably will be, as Warren has had trouble getting the public or press to care.

What makes this such a grotesque scandal is that it's also about public health. It's yet another sign that Republicans in power knew both how serious a problem the coronavirus was going to be for the country and that, because of Trump's incompetence and indifference, it would also be a bigger catastrophe than it had to be. It strongly suggests that these same Republicans shared Trump's utter lack of concern about how this would hit the public, even as they were deeply concerned about protecting their own finances. On the contrary, they played along with his lies, instead of standing up for the Americans they were elected to represent.

It's yet another reminder that the problem with this country isn't limited to Donald Trump. At this point, the entire Republican Party is built of grifters who think little of screwing over the very people that put them in office. This is just another sobering reminder of that — and another reminder that their voters still won't turn away in disgust, because sticking it to the liberals still matters more than their own safety.