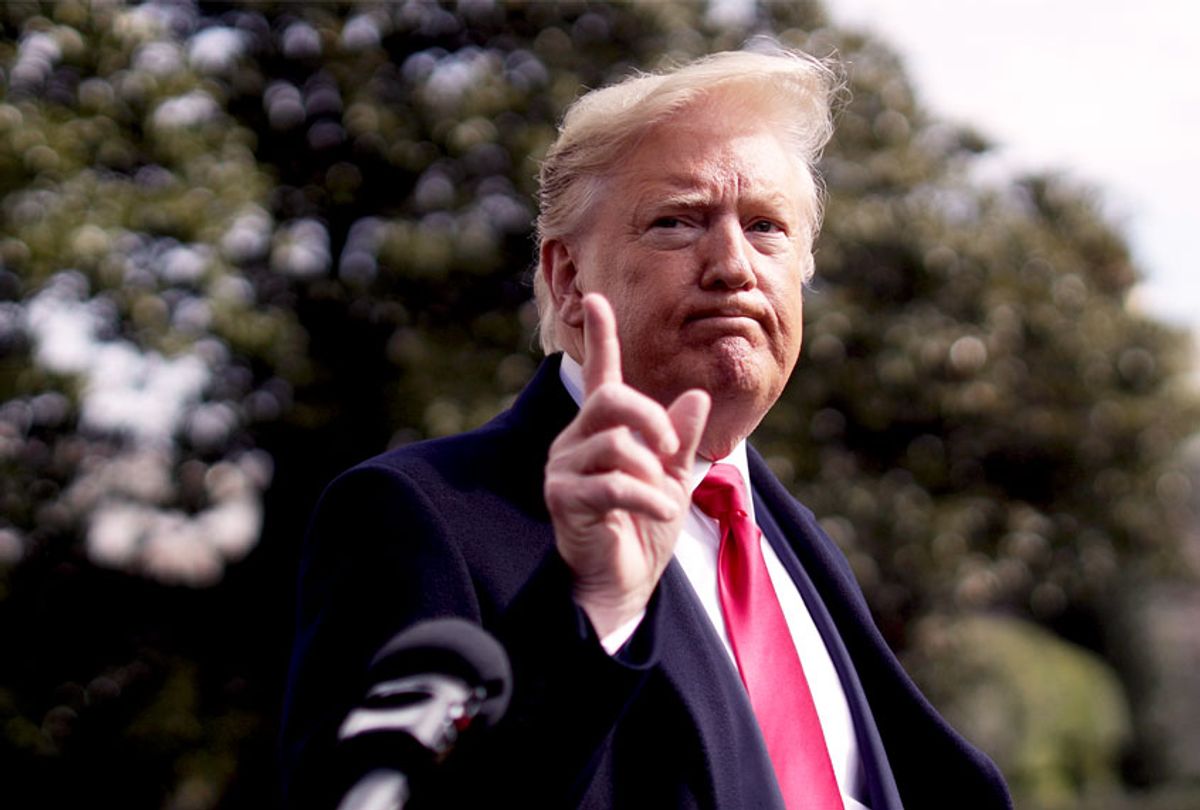 The Trump administration said it will fight a court ruling blocking its plan to strip food stamps from nearly 700,000 people amid the coronavirus crisis.

The Department of Agriculture announced it would appeal a federal judge's injunction stopping the agency from changing rules to greatly reduce the number of people who receive food aid before it was set to take effect on April 1.

"Especially now, as a global pandemic poses widespread health risks, guaranteeing that government officials at both the federal and state levels have flexibility to address the nutritional needs of residents and ensure their well-being through programs like SNAP, is essential," Howell said in her opinion Friday.

She added that some parts of the rule were "likely unlawful, because they are arbitrary and capricious."

The order blocked the USDA from enacting the rule it announced in December, revoking states' ability to issue waivers for food stamp work requirements. The rule could result in 688,000 people losing access to Supplemental Nutrition Assistance Program (SNAP) benefits.

The agency told the Associated Press that it "disagrees with the court's reasoning and will appeal its decision."

The ruling came in response to a lawsuit filed by 20 attorneys general over the rule change.

"The Trump administration's rule would have forced hundreds of thousands of people who could not find work, including 13,000 District residents, to go hungry," Washington Attorney General Karl Racine, who led the lawsuit, said. "That could have been catastrophic in the midst of our current public health emergency."

New York Attorney General Letitia James added that "at a time of national crisis, this decision is a win for common sense and basic human decency."

"This rule is cruel to its core and runs counter to who we are and what we represent as a nation. We lend a helping hand to give those struggling to pull themselves out of poverty a shot at succeeding in that endeavor," she said. "This rule would accomplish just the opposite, making those who already worry about ending their days hungry even more vulnerable, and as we find ourselves in the midst of a pandemic, the effects of this rule would be more destructive than ever."

The USDA is appealing the ruling as Washington tries to help millions of people hit hard by the economic disruption caused by the crisis. The Republican-led Senate approved a bill Wednesday that would, among other things, provide more than $1 billion to programs that provide food to low-income parents, pregnant women and senior citizens.

The current USDA rules require non-disabled adults with no child dependents to show that they work at least 80 hours per month, but many states issue waivers for the requirement in high unemployment areas. The rule change would revoke the ability to issue waivers.

Ellen Vollinger, the legal director for the advocacy group the Food Research & Action Center, told the AP that the rule change was bad in normal times but especially ludicrous given the current situation.

"You don't want to have workers going out when they're sick and trying to document the right number of hours just to keep their benefits," she said.

Agriculture Secretary Sonny Perdue defended the move, arguing that it would "encourage people by giving them a helping hand but not allowing it to become an indefinitely giving hand."

But Democrats say the rule change is downright cruel.

Rep. Marcia Fudge, D-Ohio, who sits on the Agriculture Committee, slammed the administration for trying to "strip critical food assistance from hungry Americans in the middle of a pandemic."

"This level of heartlessness is shameful," she said.

"This is not the time to execute cruel policies against low-income communities," Rep. Mark Pocan, D-Wis., added. "We're in the middle of a global pandemic. No one should be kicked off SNAP—period."