A new Trump administration policy would effectively cut food stamps for over 700,000 people 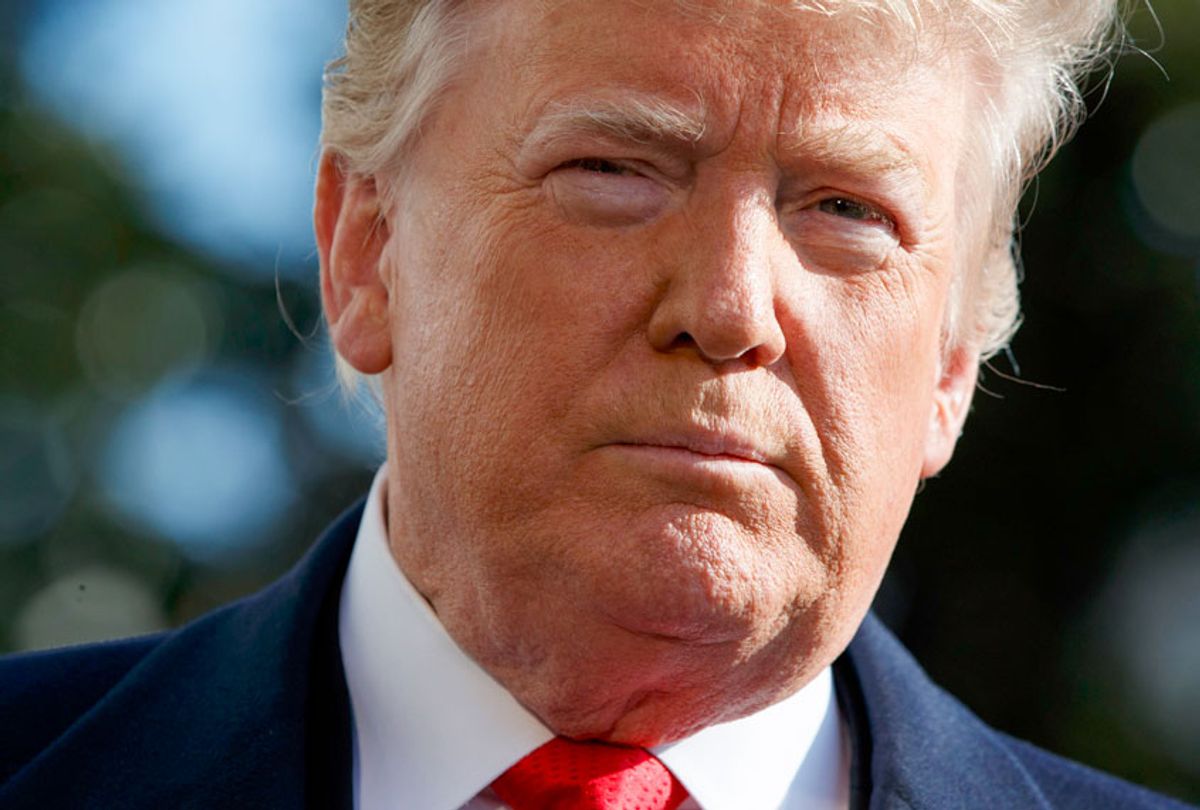 President Donald Trump is planning on using his executive powers to cut food stamps for more than 700,000 Americans.

The United States Department of Agriculture is proposing that states should only be allowed to waive a current food stamps requirement — namely, that adults without dependents must work or participate in a job-training program for at least 20 hours each week if they wish to collect food stamps for more than three months in a three-year period — on the condition that those adults live in areas where unemployment is above 7 percent, according to The Washington Post. Currently the USDA regulations permit states to waive that requirement if an adult lives in an area where the unemployment rate is at least 20 percent greater than the national rate. In effect, this means that roughly 755,000 Americans would potentially lose their waivers that permit them to receive food stamps.

The current unemployment rate is 3.7 percent.

The Trump administration's decision to impose the stricter food stamp requirements through executive action constitutes an end-run around the legislative process. Although Trump is expected to sign an $870 billion farm bill later this week — and because food stamps goes through the Agriculture Department, it contains food stamp provisions — the measure does not include House stipulations restricting the waiver program and imposing new requirements on parents with children between the ages of six and 12. The Senate version ultimately removed those provisions, meaning that the version being signed into law does not impose a conservative policy on food stamps, which right-wing members of Congress were hoping for.

"Congress writes laws, and the administration is required to write rules based on the law," Sen. Debbie Stabenow, D-Mich., told The New York Times (Stabenow is the top Democrat on the Senate's agriculture committee). "Administrative changes should not be driven by ideology. I do not support unilateral and unjustified changes that would take food away from families."

By contrast, Secretary of Agriculture Sonny Perdue defended the new policy by pointing to the lower unemployment rate, saying that it "is unacceptable to most Americans and belies common sense, particularly when employment opportunities are as plentiful as they currently are." Perdue also claimed that the new policy
"restores the dignity of work to a sizable segment of our population."

The issue of food stamps has long been hotly politicized. During President Barack Obama's administration, conservative critics like former House Speaker Newt Gingrich referred to him as America's "finest food stamp president," according to The Washington Post. This was done as a result of record-breaking numbers of Americans using food stamps and Obama pushing to expand food stamp access while not acknowledging that these moves were necessitated by the onset of the Great Recession in 2008, which preceded Obama's tenure.