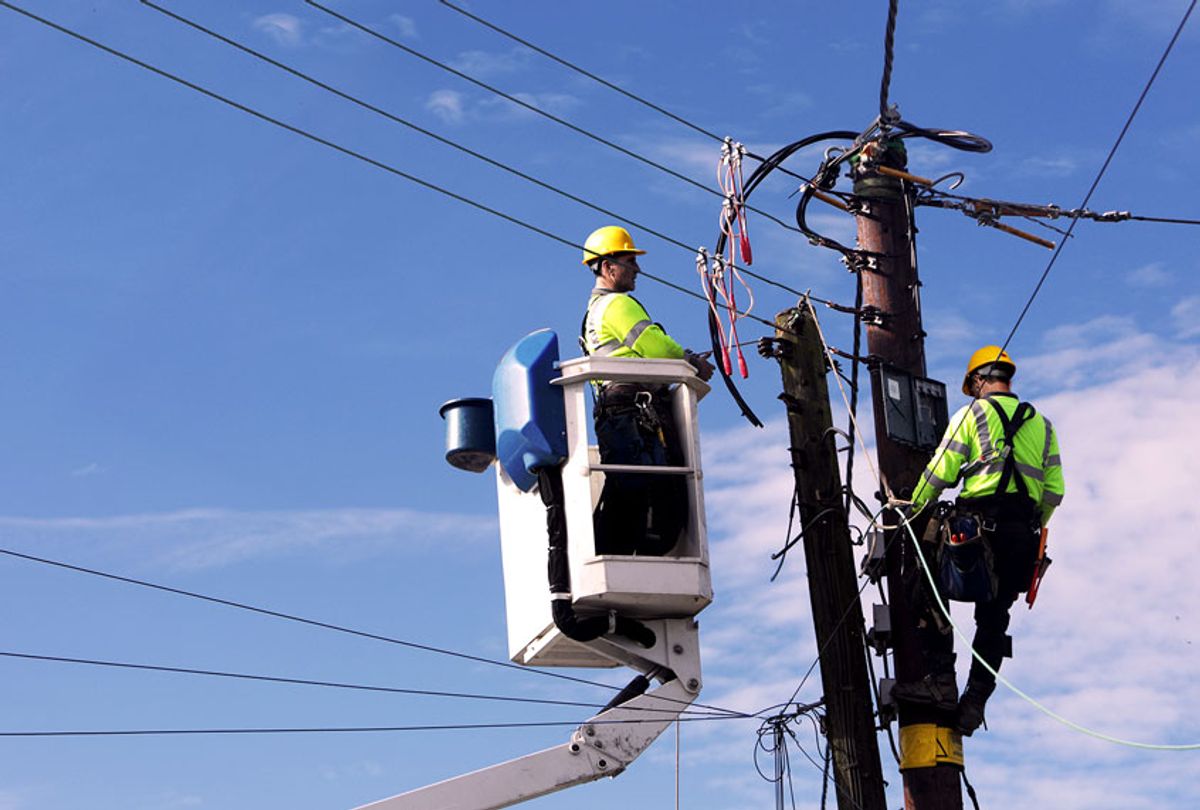 U.S. power workers deemed essential to the maintenance of the American electrical grid are being asked to live on site at control centers and power plants during the coronavirus pandemic.

Various power plants are either implementing or preparing to implement contingency plans that call for the sequestering of a healthy group of core employees and providing them with food, beds and blankets so they can survive at the workplace, according to a report by Reuters. Because the government considers electrical power plants, nuclear reactors and oil and gas infrastructure to be "critical infrastructure," the Department of Homeland Security prioritizes keeping them operational during periods of crisis. A guidance issued by the department's Cybersecurity and Infrastructure Security Agency acknowledges that not all of the work performed by power companies can be performed remotely, meaning some workers will have to stay at their facilities 24 hours a day. When that is the case, the guidance says that "businesses should enlist strategies to reduce the likelihood of spreading the disease."

Jimmy Slevin, president of the Utility Workers of America (which has roughly 50,000 members) defended the policy, arguing that "there is only a certain amount of trained operators that run these power plants. We need to make sure their health is at the utmost."

Scott Aaronson, vice president of security and preparedness at the Edison Electric Institute (EEI), the nation's biggest power industry association, explained the underlying reasoning for the measures in an emailed statement to Salon.

"Electric companies prepare for all contingencies, including ensuring operations and infrastructure are supported in pandemic conditions," Aaronson wrote. "This requires people who can run the system and provide reliable electricity throughout an emergency. To do so, electric companies identify those functions critical to their continued operations and the people needed to fill those positions. Business continuity plans may call for a group of critical employees to be sheltered-in-place at critical facilities, where cots, food, water, and other supplies are available. Companies also may sequester additional teams of critical employees who are healthy to ensure alternates are ready to go in case another group gets compromised."

American power companies began developing plans for how to deal with a pandemic long before the coronavirus crisis, according to the Los Angeles Times. This made it possible for them to figure out how to address the current pandemic, and industry leaders are participating in phone conferences with Department of Energy, Department of Homeland Security and other government officials twice a week in order to coordinate and implement their strategy.

"A lot of the foundational work on contingency planning is actually rooted in pandemic planning because of those experiences in the mid-2000s," Aaronson told E&E News, an online news organization that covers energy and environmental policy, in an interview last week. "There is a good body of work and a lot of planning and exercises that have gone into being able to operate through these challenges."

The publication also reported that the industry is "juggling the needs of its customers. Many major utilities across the nation have vowed to suspend shut-offs and keep power, heat and water on for all customers — a particular concern for people who may be out of work and cannot afford to pay their bills.