Why we're drawn to "Contagion" and zombie flicks right now

It's a stressful time for everyone in the nation, so why is the popularity of epidemic and disaster stories surging 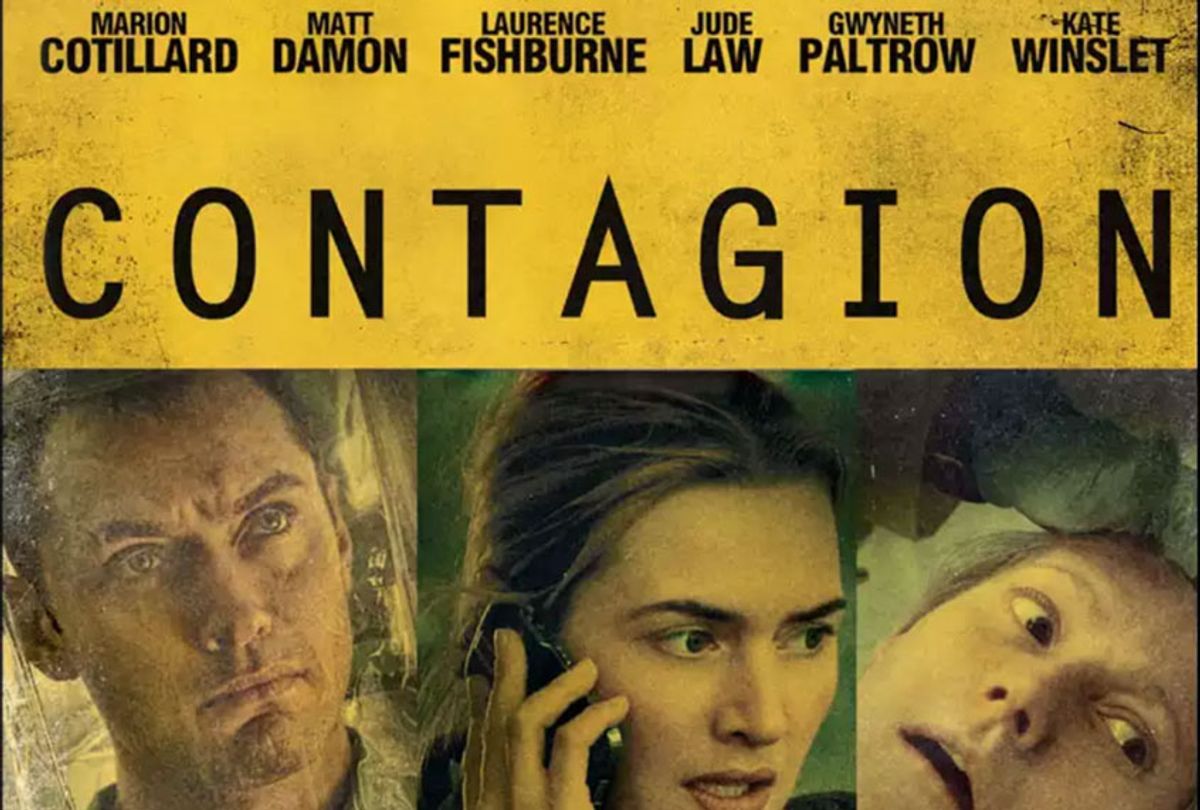 I've watched over the past week as the Netflix Top 10 list has steadily shuffled to reflect current anxieties about COVID-19. "Cheer" has been replaced by the 1995 film "Outbreak"; "Gentefied" has moved down the list in favor of "Pandemic: How to Prevent an Outbreak." Several friends have jumped into live-tweeting "The Walking Dead" from the first episode, while others have found some kind of solace in "World War Z."

These choices are very different from my recent viewing patterns. I've remained snuggled among a smattering of mindless or gentle TV options — "Blown Away," "Derry Girls," "Love Your Garden." The closest I've come to "Contagion" content is the very slow, very mild, British show "Zomboat" (currently streaming on Hulu, it follows a group of friends who opt to escape a zombie outbreak on a jaunty narrowboat, moving about 5 miles per hour through narrow canal locks.)

But according to Katie Foss, a professor of Media Studies at Middle Tennessee State University and the author of the forthcoming book "Constructing the Outbreak: Epidemics in Media and Collective Memory," many people actually find catharsis in films that depict health crises because they are gentle in their own way; inherent to many is a predictable, almost formulaic outcome.

"With the true virus movie, you have a resolution," Foss said. "And I think that's why it's popular right now — because it's comforting to see not so much the explanation of the crisis, but it's that resolution."

That resolution, Foss said, requires scientists who miraculously turn out enough vaccines to immunize the population and everything goes back to normal.

"I think that's what people are really craving right now," Foss said. "It's getting that reassurance, even though it's fictional, that things can go back to normal."

"Contagion," Steven Soderbergh's 2011 pandemic drama, was the most-rented movie on iTunes a couple weeks ago. It's a story in which the wrongs of the private sector — that result in the international spread of deadly virus — are righted by the public sector. As Vulture's Jason Bailey puts it, "The federal government saves the day in the form of selfless CDC doctors and administrators, efficient Homeland Security officials, and compassionate scientists."

And think about it: As we've watched President Donald Trump's faltering response to COVID-19, and as he now attempts to downplay his initial public dismissal of the virus as a legitimate threat, a world in which the country's leader is compassionate, adept, and actually values science is a pleasant escape.

Same for films like "Outbreak," the medical disaster film directed by Wolfgang Petersen; this movie focuses on the spread of a fictional, Ebola-like virus. I think a lot of people are finding hope in the fact that the residents of Cedar Creek, the fictional town in which the film is set, are ultimately cured and life resumes, same as it ever was.

But what comfort do people find in zombie movies, which stray a little into left field from the typical "brave scientists find cure for mysterious disease" narrative? According to Foss, the main reason is for comparison to our current situation.

"I think a lot of people, when watching, think to themselves, 'Okay, it could be worse,'" she said. "It's the extreme of our situation. People are worried about toilet paper, and in this universe people are worried about giving birth while zombies are trying to eat your face. It's comforting to have that, it's a distancing tactic."

In addition to this, I think there's also a certain survivalist fantasy woven into zombie movies and television shows. Civilization has collapsed and along with it, so has the corner store; and in the zombie universe, there are only two kinds of people — the prepared and the dead. Which would you be? Would you be making a wholesome dinner from your prepper rations while dressed in your apocalypse-chic finest (Combat boots! Utilitarian vests! Motorcycle goggles sans motorcycle!) or would you be dinner for a brain-fueled zombie?

As empty grocery stores shelves all across the nation serve as physical metaphors for COVID-19 panic, there's obviously a draw towards preparation. In watching films and shows in which the worst happens to society and its players, viewers may find solace in using them as a way to mentally hash out what they would do in similar situations.

We're living in uncertain times and people have a lot of anxiety about the future — both their individual prospects and the fate of those around them. Media continues to serve as a safe space in which to explore their fears, while also giving them the chance to experience the closure of the end credits.