The genius of the Beatles' "Rubber Soul"

Welcome to our new series, "Sheltering in Place with Classic Albums," a guide to solid music for uncertain times 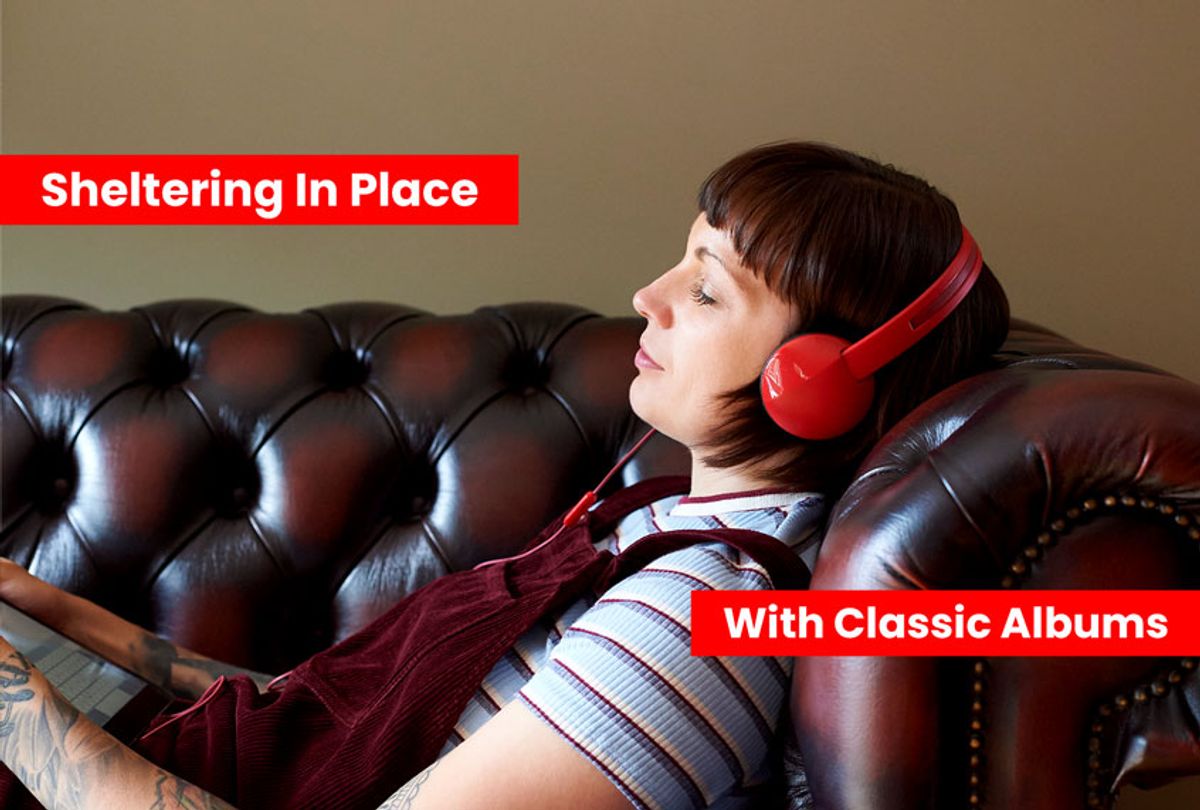 Welcome to the "Sheltering in Place with Classic Albums" series. Each week, I'll present a new album for your consideration—a means for passing these uncertain times in musical bliss. For some readers, hearing about the latest selection might offer a chance reacquaintance with an old friend. For others, the series might provide an unexpected avenue for making a new one.

For the inaugural selection in our series, we begin with "Rubber Soul," arguably the Beatles' maiden voyage into classic album-hood. No less than the Beach Boys' Brian Wilson described "Rubber Soul" as the greatest LP of all time. When he first heard it, Wilson recalled, "I couldn't deal with it. It blew my mind."

Released in December 1965, the Beatles' sixth studio album took its name from Paul McCartney's concept of "plastic soul." In his coinage, plastic soul referred to the band's penchant for transforming musical forms — often American rhythm and blues — into their own image, retaining their fundamental qualities in the process of making them their own. Perhaps even more dramatically, the record featured several tunes that upended prevailing 1960s thinking about gender norms at the time, making the album revolutionary in more ways than one.

If for no other reason, "Rubber Soul" enjoys classic album status by simply standing the test of time. The LP is chock-full of greatness, from top to bottom, albeit with one glaring exception. The record is composed of one classic cut after another — from "Drive My Car" and "Michelle" to "Norwegian Wood (This Bird Has Flown)" and "In My Life," among a host of others.

As the group's musical valentine to their American rock 'n' roll roots, "Rubber Soul" begins, pointedly, with the ear-catching flourish of George Harrison's bluesy guitar, which kick-starts "Drive My Car" into life. With McCartney's relentless bass and Ringo Starr's cowbell propelling the rhythm, "Drive My Car" challenges the highly gendered expectations of the Beatles' mid-1960s audience. As "Drive My Car" emphatically demonstrates, the everygirl from the songs of the early Beatles was very quickly transforming into an everywoman, complete with an ego and agenda that wasn't playing second fiddle to any masculine other.

Listen to "Drive My Car":

And then there's "Norwegian Wood (This Bird Has Flown)," which featured Harrison's first deployment of the sitar on a pop tune. In so doing, he provided a curious palette for John Lennon's confessional tale about an extramarital affair. Lennon's lyrics — far from underscoring love's everlasting possibilities — hint at something far more fleeting, even unromantic: "She asked me to stay and she told me to sit anywhere / So I looked around and I noticed there wasn't a chair." Compare the words of "Norwegian Wood" with such earlier phraseology as "I ain't got nothing but love, babe / Eight days a week," and Lennon and McCartney's development on "Rubber Soul" as poets and storytellers becomes resoundingly clear.

In "Norwegian Wood," the speaker ponders the nature of a past affair, particularly in terms of the ironic, and, in hindsight, confounding difference between his and his lover's expectations for the liaison: "I once had a girl, / Or should I say, / She once had me." After relaxing in her flat, sharing a bottle of wine, and talking into the wee hours, she coolly announces that "it's time for bed." Is it an emotionless come-on for a little rough-and-tumble, or conversely, is it the curt declaration that their evening together has met its end? "She told me she worked in the morning and started to laugh," the speaker reports. "I told her I didn't and crawled off to sleep in the bath."

Listen to "Norwegian Wood (This Bird Has Flown)":

Arguably the most significant and lasting composition on "Rubber Soul," Lennon's "In My Life" likely originated from the songwriter's youthful reading of Charles Lamb's eighteenth-century poem "The Old Familiar Faces": "For some they have died, and some they have left me, / And some are taken from me; all are departed; / All, all are gone, the old familiar faces." With "In My Life," Lennon deftly examines the power and inevitable failure of memory. While some places and people remain vivid, others recede and disappear altogether. "Memories lose their meaning," John sings, although he knows that "he'll often stop and think about them," referring, yet again, to the past's elaborate layers of character and setting.

Fittingly, "In My Life" features producer George Martin's wistful piano solo, which he later described as his "Bach inversion." With its Baroque intonations, the piano interlude participates in establishing the track's nostalgic undercurrents. The song's closing refrain — "In my life, I love you more" — suggests obvious romantic overtones, as well as a lyrical posture in which the speaker commemorates the all-encompassing power of romantic love. Yet it also underscores our vexing relationship with the past, which exerts a powerful hold upon the present, in one sense, while slowly fading from memory and metamorphosing into other, perhaps more pleasing or less painful memories with each passing year.

If the album has a weakness, it reveals itself in the form of Lennon's "Run for Your Life," a blatant and unnecessary rip-off of Elvis Presley's "Baby, Let's Play House." With "Run for Your Life," the speaker coldly threatens his beloved with knee-jerk homicide if she strays from their relationship and, even more discomfiting for the speaker, beyond his steely-eyed control: "I'd rather see you dead, little girl / Than to be with another man," Lennon sings. John later confessed to being embarrassed by the lyrics' brutishness, but there's no denying the beastly honesty inherent in the boorish speaker's wrath. He means business alright, and he won't be shielding his intentions behind the pretty words of romantic love. Given the high quality of "Rubber Soul"'s timeless contents, "Run for Your Life" makes for an unwelcome eyesore, especially on a record that for the most part champions progressive gender ethics.

Listen to "Run for Your Life":

For the Beatles and the world, "Rubber Soul" marked a watershed moment — an unmistakable harbinger for innovative and even more provocative works of musical art. Take the LP's eye-catching cover photograph by Robert Freeman. Shot in the garden of Kenwood, Lennon's Weybridge estate, the photo was intentionally distorted at the group's request. In itself, the warped vision of the four Beatles on the cover was a hint of things to come — an arresting and skewed image of ambiguity for a new musical age.