Should we rally around the president in a time of crisis? Definitely not this one

All Trump has done for months is spread lies and self-serving propaganda. A wartime leader? Forget about it 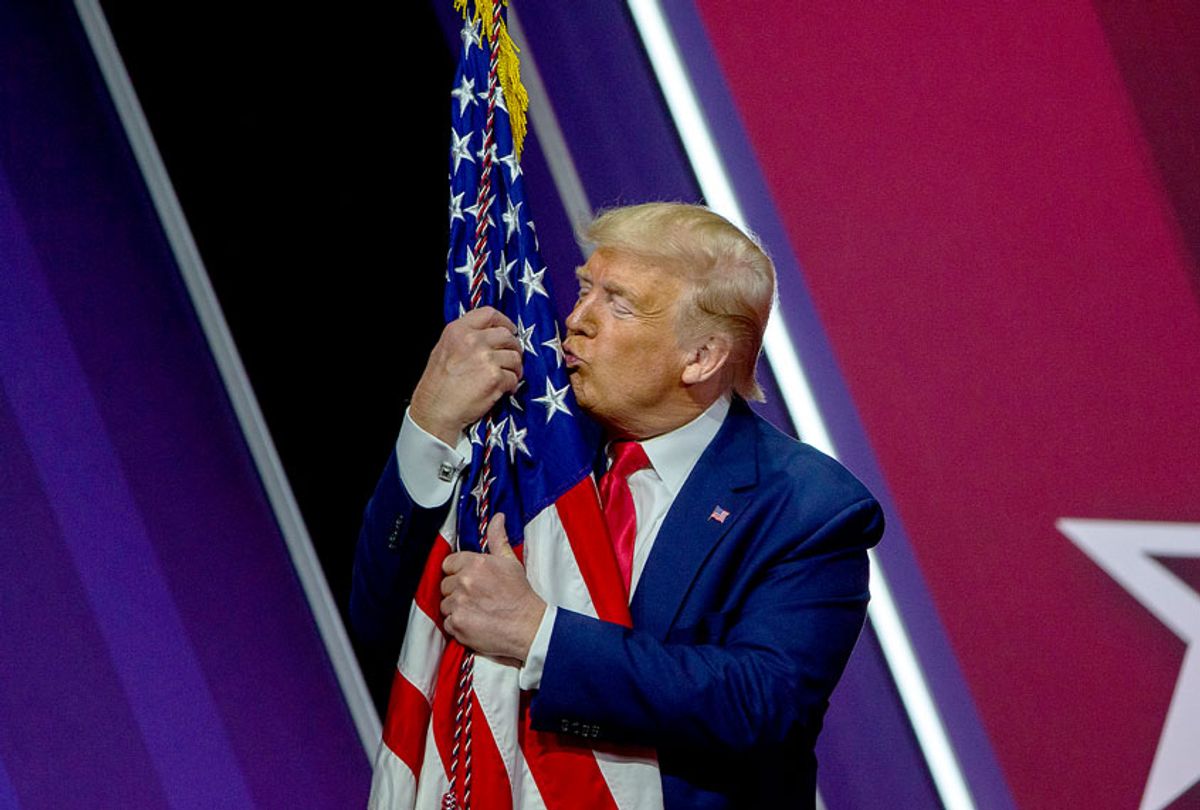 White House press secretary Stephanie Grisham says it's wrong to look back at all the mistakes her boss has made in responding to the coronavirus pandemic. She spoke to Fox News' Howard Kurtz on Sunday morning:

That's very self-serving, but I've also heard some thoughtful people express trepidation about holding the president responsible for his mistakes during the emergency. Some feel that one should fall in line behind the president when something like this happens, just as a matter of principle. Others think it's wrong to cast doubt on his abilities and make members of the public even more nervous than they already are. And then there's the view that criticizing him may backfire politically on the Democrats because the public doesn't want to see partisanship during a time of crisis.

I think all those arguments are wrong. Holding an elected official accountable at any time is the right thing to do in a democracy, and pointing out that he is doing a terrible job — when he is obviously doing a terrible job — makes people less nervous. Of course the president's allies will complain about partisanship if their political opponents point out his failures. But unfortunately, they will refuse to hold him accountable themselves no matter what he does.

In any case, we have enough lies in our political culture already. We are drowning in them. If we can do nothing else in this surreal situation, we must strive to adhere to the truth as we see it or we'll lose all sense of reason. And the reality, of course, is that President Trump is making things worse.

This should come as no surprise. As Maggie Haberman and Peter Baker of the New York Times put it:

Mr. Trump's performance on the national stage in recent weeks has put on display the traits that Democrats and some Republicans consider so jarring — the profound need for personal praise, the propensity to blame others, the lack of human empathy, the penchant for rewriting history, the disregard for expertise, the distortion of facts, the impatience with scrutiny or criticism. For years, skeptics expressed concern about how he would handle a genuine crisis threatening the nation, and now they know.

What we know is that he has bungled the job from the beginning. While the White House press secretary may think that's all water under the bridge, it informs everything he is doing, or not doing, today.

Those mistakes started early. The Washington Post reported on Friday:

U.S. intelligence agencies were issuing ominous, classified warnings in January and February about the global danger posed by the coronavirus while President Trump and lawmakers played down the threat and failed to take action that might have slowed the spread of the pathogen, according to U.S. officials familiar with spy agency reporting ...

"Donald Trump may not have been expecting this, but a lot of other people in the government were, they just couldn't get him to do anything about it," a U.S. official told the Post. "The system was blinking red."

This flies in the face of one of Trump's most oft-repeated lies, which is that the virus "snuck up on us" and it was "a very unforeseen thing." Back in January when he was hobnobbing with the wealthy elite at Davos a reporter asked him if he was concerned about it and he said, "No, not at all. We have it totally under control. It's one person coming in from China, and we have it under control. It's going to be just fine."

He later said, "It's going to disappear. One day — it's like a miracle — it will disappear." He has also said he knew it was a pandemic before anyone else, and also that it was a hoax. In other words, he has been dancing as fast as he can, saying whatever he feels he needs to say in the moment.

The Trump mantra that he "closed the borders" with China early, against everyone's advice, which every administration official is required to mention in awestruck tones as if it were the decision to launch the Normandy invasion, is also nonsense.

We don't have a travel ban. We have a travel Band-Aid right now. First, before it was imposed, 300,000 people came here from China in the previous month. So the horse is out of the barn. There's no restriction on Americans going back and forth. There are warnings. People should abide by those warnings. But today, 30 planes will land in Los Angeles that either originated in Beijing or came here on one-stops — 30 in San Francisco, 25 in New York City. OK? So unless we think that the color of the passport someone carries is a meaningful public health restriction, we have not placed a meaningful public health restriction.

Maybe we could say it was just a slow start and that harping on Trump's massive early failures was just sour grapes if it weren't for the fact that he keeps doing it today. Now that he's taken to running the coronavirus briefings in place of his beloved campaign rallies, he's spewing massive amounts of misinformation on a daily basis. When he isn't crudely insulting reporters for asking him questions he doesn't want to answer and blaming state governors for failing to properly lick his boots, he's touting medical information he clearly doesn't understand.

For instance, there is his insistence that a malaria drug which some people say may help mitigate some symptoms of COVID-19 is a "game-changer," even without any clinical trials. Even when Dr. Anthony Fauci, the head of NIH, has gently tried to suggest that Trump is talking up anecdotal data that isn't reliable, he won't stop , insisting that he's "a smart guy" who just "feels" that this needs to be used right now:

This is stunningly irresponsible for the president of the United States to be saying at a time like this. It's possible these drugs may help. But nobody, anywhere, is suggesting they are the greatest "game-changer in the history of medicine." (This article in Statnews gives a good overview of the current scientific thinking.) Trump is giving people false hope in order to make it seem as if he personally is doing something extraordinary.

His now-daily press conferences have become an anxiety-producing cacophony of lies and confusion, exactly the opposite of their intended purpose. To pretend that this president is behaving normally, or is even vaguely trustworthy, so that people won't be nervous, or won't think one is being partisan, would only make this terrifying crisis worse. Telling the truth is all we've got.