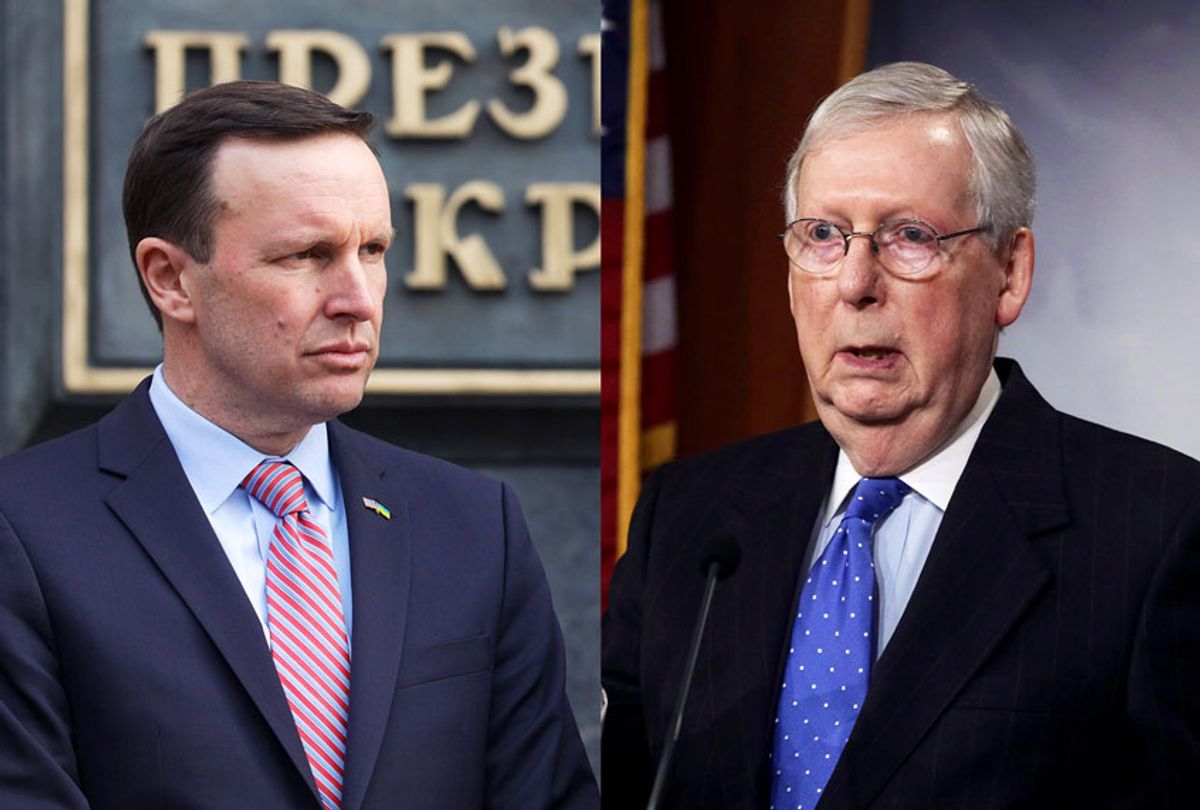 For the second time in less than 24 hours, a largely united Senate Democratic caucus on Monday stopped Republicans from advancing a nearly $2 trillion coronavirus stimulus package that progressives have characterized as a massive bailout for corporate America that leaves ordinary people out to dry.

The procedural motion on the Coronavirus Aid, Relief, and Economic Security (CARES) Act — which one Senate Democrat derided as a "show vote" — failed by a margin of 49-46 with just one Democrat, Sen. Doug Jones of Alabama, joining Republicans in voting yes.

Robert Reich, the former secretary of labor, urged the U.S. public to not "listen to the pundits trying to spin" the vote as a bad move by Democrats in the midst of a global health crisis.

Senate Democrats — joining progressive advocacy groups, unions and others — have criticized the CARES Act as a business-friendly measure that would establish a $500 billion "slush fund" for big corporations while doing little to protect workers or provide much-needed economic relief to the public. As an alternative to the GOP's measure, progressives are demanding a stimulus package that centers the needs of workers and the most vulnerable.

"Republicans' priority is giving no-strings-attached bailouts to industry, and letting the virus spread by shortchanging healthcare providers and states," Sen. Chris Murphy, D-Conn., tweeted following the vote Monday. "That's a recipe for disaster. Why on earth would ANYONE support that? Let's write a bill that stops the virus."

In a speech from the Senate floor ahead of the vote, Murphy further explained his opposition to the Republican measure.

"We don't think your bill works. We don't think that the bill that has been drafted by the majority party is going to fix the problem," said Murphy. "It may make a lot of people rich, but it doesn't have the resources in it today to take care of the most vulnerable in this country, and it's not going to do the primary job at hand, which is to stop the virus."

Senate Democratic leaders are expected to continue negotiating with the Trump administration over the specifics of the sweeping stimulus measure. Meanwhile, House Democrats are expected to unveil their own legislation in the coming days.

"We have an obligation to get the details right, get them done quickly," Senate Minority Leader Chuck Schumer said in a speech on the Senate floor. "That doesn't mean blindly accepting a Republican-only bill."