The "Love! Valour! Compassion!" playwright believed that "we need to bring barriers down, not build walls" with art 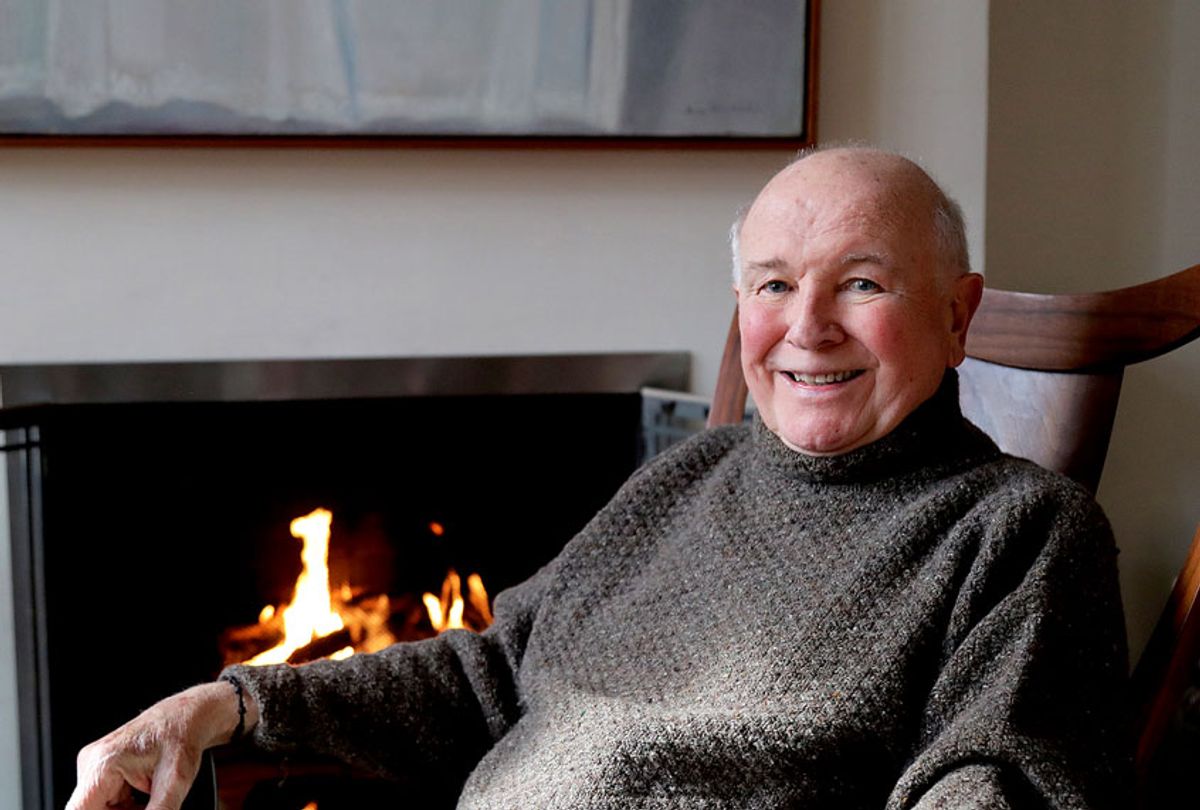 Acclaimed playwright Terrence McNally has died from complications of the novel coronavirus at Sarasota Memorial Hospital in Sarasota, Fla., reports the Herald Tribune. He was 81.

Described in 2019 by the New York Times as "the bard of American theater," McNally was known for his plays  "Love! Valour! Compassion!," "Master Class" and "Frankie and Johnny in the Clair de Lune." Over the course of his six-decade career, McNally's work was heralded as a landmark in gay theatre by both critics and audiences alike. Many of his plays, including "Lips Together, Teeth Apart," brought the lives, romances and relationships of gay characters into the spotlight.

His career wasn't without controversy; McNally's 1997 play "Corpus Christi" dramatized the story of Jesus and his apostles, depicting them as gay men in modern-day Texas, which led to death threats and condemnation from the Catholic League, a Roman Catholic watchdog group.

PBS had worked with McNally for an episode of "American Masters" last year. Jeff Kaufman, who had directed the episode, told IndieWire that McNally was "America's first major openly gay playwright, at a time — the early 1960s — when others feared that being out would kill their careers."

Over the course of his life, McNally was the recipient of four Tony Awards, three Drama Desk awards and a Primetime Emmy award. In 2018, he was inducted into the American Academy of Arts and Letters, and in 2019 he received both the Tony Award for Lifetime Achievement and the Dramatists Guild Lifetime Achievement Award.

Fellow Emmy and Tony winner Larry Kramer mourned the passing of his dear friend, whose loss he called "beyond belief."

"Terrence was an old and dear friend and neighbor. We had many a gossipy lunch together at Knickerbockers across the street. He was having his lung cancer out at the same time I was having my liver transplant. We would chat from hospital to hospital," Kramer told Salon on Tuesday. "He was always lovingly pestering me for taking so long finishing 'The American People.' It is truly amazing to me that through all his infirmities he remained so productive. He loved the theater more than anything except Tom (Kirdahy, his husband). He was a true model for me. His love celebrated, and his loss is beyond belief."

Following the news of McNally's death, members of the theatre community took to social media to share their condolences.

"Heartbroken over the loss of Terrence McNally," "Hamilton" creator Lin-Manuel Miranda tweeted, "a giant in our world, who straddled plays and musicals deftly. Grateful for his staggering body of work and his unfailing kindness."

"Terrance McNally taught me so much about theater, musicals, people and myself," director and choreographer Jerry Mitchell wrote. "Thank you dear Terrance for all of it"

"In 2009 after a performance of 'Still Life at the Lortel,' #TerrenceMcNally met me at the back of the theatre, took my hand & squeezed my shoulder and w/ tears in his eyes said, 'Thank you, I needed that desperately,'" playwright Alexander Dinelaris added. "A typically kind moment from him. A life affirming one for me."

McNally was a lung cancer survivor with chronic pulmonary disease. He is survived by Kirdahy.