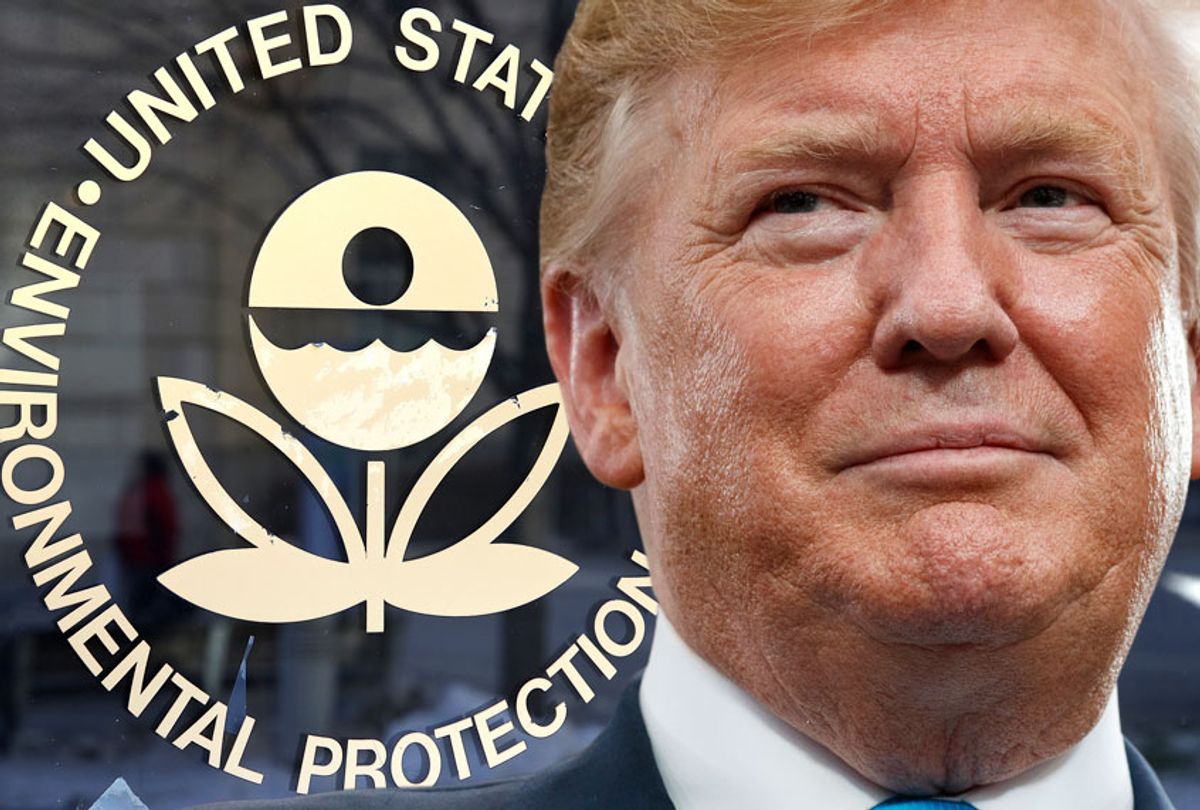 On Thursday, political risk research and consulting firm the Eurasia Group released an updated version of its "Top Risks 2020" report to show how coronavirus has sped up the trends that worry the group the most. The new report warns that the public health crisis will pull attention and resources away from addressing climate change.

"With large-scale protest activity diminished because of social distancing, civil society actors will turn to cyber and online tools to apply pressure on companies and governments, most of which will have less appetite and ability to respond to climate change," the report says.

In addition to climate action, environmental protection at large may be threatened. The Trump administration is in the process of implementing major environmental policy changes, such as a rule that would allow companies to kill birds without repercussions, a total overhaul of the bedrock National Environmental Policy Act, and new restrictions on the types of scientific research the EPA can use in decisions that affect public health. "The government has been trying to rush through and finalize rollbacks before the upcoming election," said Kieran Suckling, executive director of the Center for Biological Diversity, an environmental nonprofit. "Trump wants to be able to say 'I accomplished all this.'"

Even with the nation's attention turned to a public health crisis, the administration does not appear to be slowing down. On Wednesday night, the EPA officially opened the required 30-day comment period for its proposal to limit science that can be used in regulatory decisions. Due to the coronavirus, there will be no public hearing.

On Thursday, the comment period for the Migratory Bird Treaty Act closed, despite pleas for an extension from conservation groups. Also on Thursday, the head of the Federal Energy Regulatory Commission told reporters that he did not plan to delay the commission's regulatory actions during the pandemic. And earlier last week, a BLM spokesperson told E&E News that the agency did not plan to postpone oil and gas lease sales.

Typically, when policy changes are proposed, they have to undergo a robust public input process, said Jesse Prentice-Dunn, Policy Director for the Center for Western Priorities. Legally, he said, agencies have to take the public's comments into account, respond to them, and incorporate them into decision-making. "If you don't actually have the public able to attend public meetings, able to really thoughtfully put together public comments, then that's kind of short-circuiting that feedback process," he said, and it allows agencies "to kind of move forward with whatever they want."

More than 80 environmental organizations sent a letter to Secretary of the Interior David Bernhardt on Thursday requesting that the department suspend major policy and regulation changes, oil and gas lease sales, and public comment periods for the immediate future.

A spokesperson for the Department of the Interior told Grist, "All DOI actions, including comment periods and lease sales, are being evaluated on a case-by-case basis and adjustments are being made to ensure we are allowing for proper public input, while protecting the health and safety of the public and our employees."

While the public at large may not have the mental bandwidth or physical ability to participate in rulemaking procedures right now, environmental organizations are keeping the pressure on, especially in the courts. "We've got about 100 active lawsuits to protect our air, water and endangered species and thus far they are proceeding," said Suckling. "The federal courts have not stalled any of them yet."

On Wednesday, after the Trump administration proceeded with an auction for offshore oil and gas leases in the Gulf of Mexico, environmental groups immediately filed a legal challenge to the sale. On Thursday, groups filed a lawsuit against the EPA for approving new chemicals without adequately informing the public, in violation of the Toxic Substances Control Act.

"[W]e are continuing to hold the Trump Administration accountable for its efforts to undermine our climate and clean air and water safeguards," Sierra Club executive director Michael Brune said in a statement to Grist. "The work may look different right now, but we're still pushing forward to create the world we want to see together."