"She's trying to soothe her own guilt": Inside the racial dynamic of "Little Fires Everywhere"

Author Celeste Ng and the Hulu series' showrunnner discuss casting Mia as black, book clubs & vaginas (as one does) 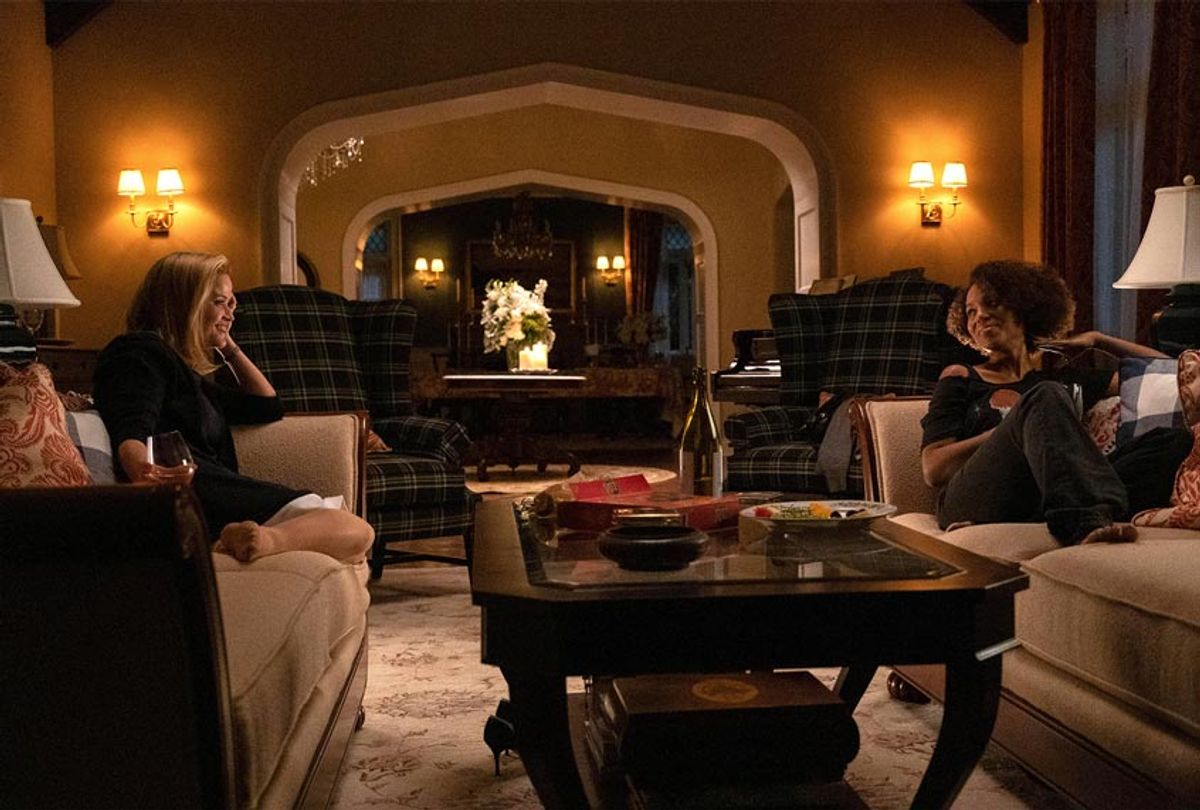 The following contains details from the three-episode premiere of "Little Fires Everywhere." If you haven't seen them yet, check out Salon's spoiler-free review of the series.

Motherhood is "like learning to love the smell of an apple; when all you want to do is grab it and hold it and devour it, seeds and all."

"Everything about who they were dropped away because I think in that moment, they felt the same," showrunner and executive producer Liz Tigelaar tells Salon. "Both of these vulnerable mothers have the same fears. Mia has her own fears about [her daughter] Pearl and clinging to Pearl, just like Elena does with her own children. I think that was that was such a moment of commonality when Mia really saw something good in Elena. It was the most pure moment, which then of course Elena ruined."

In the series set in 1997, Mia and her teenage daughter Pearl (Lexi Underwood) move to Shaker Heights and rent out an upper-level duplex from the wealthy Elena. Soon, the two families become intertwined after Pearl befriends the four Richardson kids, and Elena hires Mia to be her family's housekeeper. Despite the best of intentions, the two women eventually find themselves at odds, with their children caught between them.

In some ways, Ng's book about race, class, and privilege resonates even more loudly today than when she first published it in 2017.

"A lot of the issues that I was trying to figure out in my own mind as I was writing the book are issues that have become much more in the public consciousness," Ng says. "All these questions about our power, about class, about who gets the benefit of the doubt . . . in terms of the court, or in terms of public opinion, as happened in both the book and the series. Who we see as the ones who deserve our pain versus not.

"And I think, frankly, in the Trump era, that's something that we're having to confront because it's become much more obvious to everybody. In terms of immigration, and in terms of where you get the the coronavirus. We're still seeing blame being placed on people who are Other, people who we're inclined to not sympathize with, and it just strikes me how that's still the same thing we're fighting against." 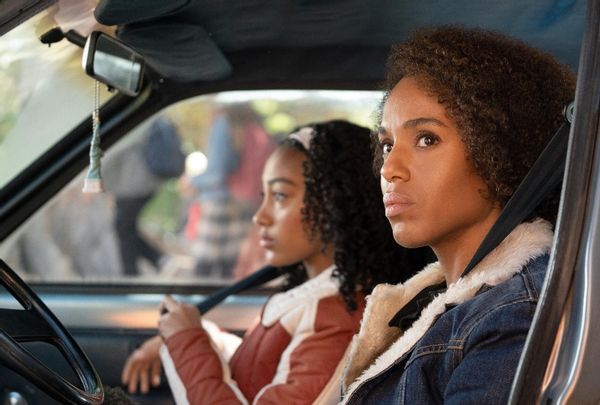 Ng, who is also a producer on the series, had not written the character of Mia Warren to be any specific race or ethnicity, but Witherspoon's producing partner Lauren Neustadter had suggested Washington to play the role. With this casting, the show needed to make sure it didn't fall into the same post-racial falsehood of "I see no color." In Hulu's show, Mia Warren is certainly black, and that had an impact on how the writers tackled the fraught dynamic between Mia and Elena.

"I really liked that that was the direction that production decided to go because it brings a lot of the questions that I was working with in the book – questions not just about race, but also about class and about privilege and just generally speaking about power. Who has it? Who feels like the system works for them and protects them?" says Ng. "It brings the questions of race right up to the viewers. You're forced to confront that you have this black woman and this white woman who are trying to get a read on each other and figure each other out, and in some ways, get the better of each other."

In particular, this comes out in how Elena treats Mia, who is first seen sleeping in her car after another long night on the road. As a "concerned citizen," Elena calls the cops on Mia and is later chagrined to meet her face to face. Out of guilt, Elena offers Mia the duplex home despite disagreeing on rental terms and then later, offers to hire Mia as the Richardsons' housekeeper.

"She called the police on her, but now she's realized, 'Oh, it's actually this nice, interesting artist and her sweet daughter who's never had her own room before. And I can do something good for them to help them out, and wouldn't I be a good person to do this because they seem like they need help,'" says Tigelaar. "We definitely wanted to have a 1997 lens on the show, which meant the way people think about race, the way they talk about colorblindness being a good thing."

The poor optics of having a black woman clean the house of a wealthy white family (and her landlords) is initially lost on Elena, but not her husband and certainly not Mia. Nevertheless, Mia takes on the job so she can keep an eye on Pearl as she hangs out with the Richardson teens.

"And then, of course, when she sees her, she wants Mia to thank her for being so helpful, and Mia doesn't. Elena is craving that and continues to want to help, and in doing that, not only oversteps but is incredibly offensive," says Tigelaar.

"She keeps digging herself into this hole because she's wanting to get something from Mia, which is appreciation, and she's trying to soothe her own guilt. she wants to know that Mia likes her. And Mia doesn't. So much of their dynamic is driven by Elena's guilt and trying to make up for it. When Mia doesn't let her make up for it . . . Elena almost turns on her in the way that we do when we're defensive and wrong." 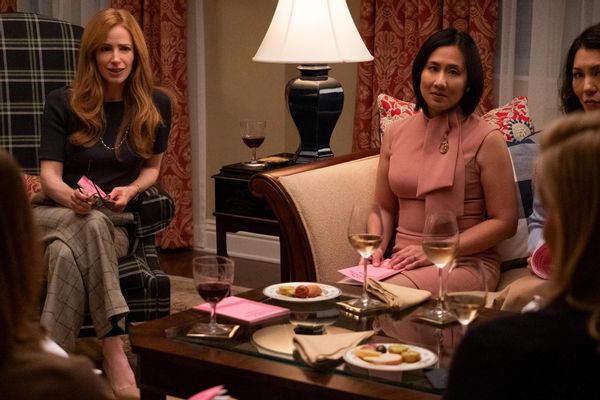 Back when "Little Fires Everywhere" was first published, it was picked for Reese Witherspoon's book club, which also paved the way for the actress' Hello Sunshine media company to produce the adaptation.

"She's super smart,"  says Ng. "The first time I met her, she was like, 'I have so many questions for you about the book.' She has specific passages that she wanted to ask me about. And she's like, 'This is what it made me think of . . . ' and, 'What were you thinking? What was your intent?'"

"I think she came to it with such a love for the book and the source material that I  hoped that that's allowed her to go really deep into the character and really kind of flesh out who this person could be. I think she's really really good at playing characters who have kind of a very put together exterior and yet showing the vulnerability that's underneath them."

In the series, Elena also hosts her own book club, but as a fun twist, her friend Elizabeth (Jaime Ray Newman) suggests that they read Eve Ensler's "The Vagina Monologues" instead of a traditional book. As expected, Elena and many of her Shaker Heights brethren are uncomfortable even saying the title of the play out loud, much less discussing its subject matter in any serious manner.

"That was one of my very favorite days on set and scenes we filmed," says Tigelaar. "Partially because everyone said 'vagina' like 100 times, but also Celeste [Ng] did a cameo as a person who was brought to the book club and reassured by her friend: 'It's never normally like this.'"

The gathering devolves from there, aided by bottles of wine, and by the end of the night, Elena stumbles to the bathroom, props her leg up on the tub, and then snickers as she looks at her own vulva for the first time.

"We loved the idea that she was boozy, that it was something that Elena wouldn't really do, that she had more than her four ounces of wine, and that it just made her laugh and it felt joyful," says Tigelaar.

"And then it felt like on a deeper level, I think as a theme . . . this is a woman who is starting to look at herself. That is the story. At some point, she's going to really see herself clearly. And we're kind of throwing that in with her looking at her vagina with a hand mirror."

"Little Fires Everywhere" debuts new episodes on Wednesdays on Hulu. Watch a teaser for Episode 4 below: