The Christian right has long been hostile to science. Now that attitude will make the pandemic much worse 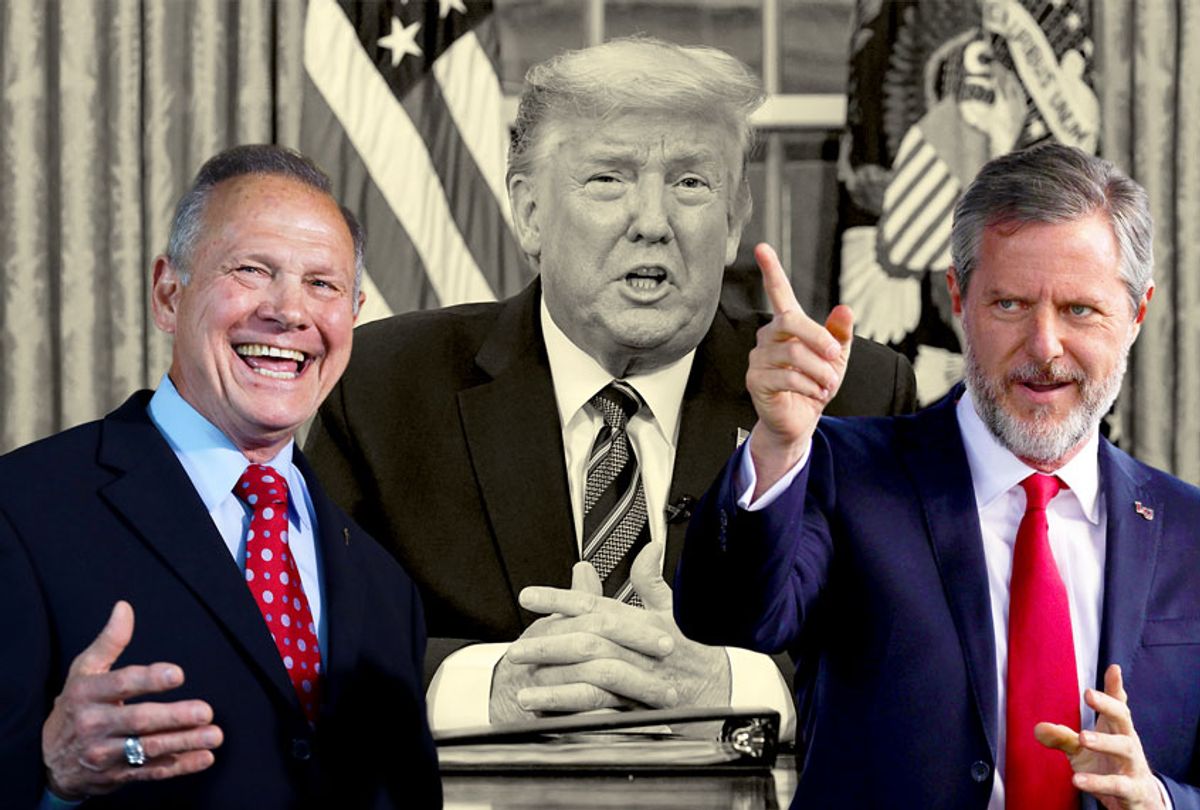 Scientists and health experts largely agree on the steps needed to fight COVID-19, the rapidly spreading new coronavirus: Widespread testing, if possible. Widespread and often stringent social distancing protocols in communities where it's taken root, to slow the spread. Hygienic practices like frequent hand-washing and sterilizing commonly touched surfaces. Protective gear, like masks in medical settings, to keep health care professionals from catching it and spreading it.

But when it comes to conservative evangelical Christians, who are already hostile to science on many levels, advice from health experts is all too often being treated as something that can be dismissed out of hand, if it threatens the political or theological goals of their movement.

To be clear, Christian right leaders aren't denying that coronavirus is a real problem (at least not anymore). If anything, the bevy of snake oil salesman who call themselves ministers sees the panic around the virus as a marketing opportunity to make money from selling dangerous supplements, to declare the virus can be beaten with the power of prayer and to declare that the pandemic is a divine punishment inflicted on sinners.

But Christian right leaders are also not about to let medical science supersede their authority, much less get in the way of their quest for power and cold, hard cash. Because of this, the Christian right has become a vector of bad advice, misinformation and dreadful business decisions that are directly threatening the health not just of their followers, but the public at large.

Jerry Falwell Jr., the shamelessly greedy president of Liberty University, has spent weeks downplaying the coronavirus threat, accusing the media of wildly exaggerating it to "destroy the American economy" and of course to damage Donald Trump. While nearly every university and college in the country has shut down their campuses and moved to online teaching to prevent the spread of COVID-19, Falwell seems determined to keep Liberty open.

Falwell is already allowing students back on campus, claiming it's more imporant "to give [students] the ability to be with their friends, to continue their studies, enjoy the room and board they've already paid for and to not interrupt their college life."

"I am writing a letter to pastors on the duty to continue church assemblies, even in the midst of these trying times," Moore wrote in an open letter, adding on Twitter that "churches are closed by tyrants who pander fear in the place of faith in God."

Moore invoked the example of Dr. Benjamin Rush, the Declaration of Independence signer who stayed in Philadelphia and caught yellow fever during an epidemic in the 1790s. Of course, Rush risked his life to save people with his medical expertise, an entirely different situation than a pastor insisting that people must come to church.

To be clear, most churches, especially mainline Protestant and Catholic churches, are prioritizing the health of members and closing their doors for the duration the crisis, often pointing believers to online services. But the pressure to keep the doors open, when it comes from someone like Moore, is no small thing. He may seem like an offensive joke to many liberals, but Moore has immense influence in the world of evangelical Christianity, which often favors megachurches that gather hundreds or even thousands of people at once, and whose pastors have been reluctant to close their doors. Reports suggest many of these churches are defiantly refusing to cancel services.

Along with pastors who want those collection plates to keep flowing, at least one wealthy and prominent Christian right family is determined to keep its business open to the public. David Green, the owner of Hobby Lobby, is keeping most of his stores open during the pandemic, except those actually forced to shut down by local governments.

His reason? His wife, Barbara Green, prayed about it and decided to focus instead on "profound words to remind us that He's in control." Those words were "Guide, Guard and Groom," though the P-word, "profit," may also play a role.

The Green family, let's remember, was behind a recent lawsuit in which the Supreme Court granted privately held corporations the right to block their employees from using health insurance plans to pay for contraception. The case was presented by the Greens and their religious right allies as a relatively minor question of balancing reproductive rights against religious freedom. In reality, the case was about opening the door, both legally and culturally, to Christian right demands that arbitrary religious beliefs should trump human rights, public health, science and government authority.

The presumption undergirding the Hobby Lobby case — that Christian conservatives should be able to defy the laws that the rest of us are bound by — wasn't taken seriously by many people in mainstream politics at the time, perhaps because the victims were low-income female employees who wanted access to contraception. But post-Hobby Lobby, the Christian conservative belief that they're entitled to exempt themselves from any laws or public health regulations they disagree with is shaping the reaction to the coronavirus — and threatening the health of everyone in the country.

Ilyse Hogue of NARAL pointed this out on Twitter Wednesday night, writing that Republicans have been co-opted by "a radical right for whom fundamentalism [has] completely supplanted any rational thought or science and data-based policy approaches."

"We've seen them use disinformation" to block access to contraception, suppress LGBT rights and close abortion clinics, she noted, adding that "now they're doing it at a national scale during a global pandemic."

Indeed, the power the religious right now wields through the White House only amplifies the dangerous impact of its anti-science views on the coronavirus response. Vice President Mike Pence — a Christian conservative with a long history of anti-science views, including both denying that condoms are safe and cigarettes are dangerous — is running the White House coronavirus task force, which is no doubt one of the big reasons the U.S. has one of the worst responses to the pandemic in the world. Pence is also wasting time on conference calls with religious right leaders who are more interested in exploiting this crisis to force women to give birth against their will than in preventing thousands or millions of people from dying.

Trump himself has surrounded himself with a phalanx of Christian right pastors who are eager to lie to their flocks about what a great leader he is and to amplify his relentless drumbeat of lies and misinformation. This includes Dave Kubal, the head of Intercessors for America, who told an audience on a prayer call last week that coronavirus "testing has limited value." This is flat-out untrue — testing has been a critical element in every country that's been able to get the virus under control — but it suits Trump's approach to the disease, which has been to minimize testing access in hopes of keeping the official number of cases artificially low.

The Christian right has always been a threat to public health. They were a threat during the AIDS crisis, when they successfully exerted pressure on Republican leaders to minimize the disease, which conservative Christians saw as a punishment for sinful behavior. They have contributed to the spread of all manner of STIs, in fact, by convincing schools to replace sex education with programs meant to discourage the use of condoms. They've encouraged fear of vaccinations, especially the HPV vaccine that prevents cervical and other forms of cancer, for no other reason except that HPV is an STI and therefore viewed, sigh, as punishment for sinners. They've blocked access to contraception and abortion to punish women for having sex, even though unwanted childbirth is linked to poorer health outcomes for women and children.

But this renegade right-wing movement has been allowed to run rampant because their cruelty and hostility to science primarily affected marginalized people, especially low-income women and LGBTQ people. Now their attitudes are a threat to everyone, rich or poor, of every race or gender or faith (including no faith). But the sad truth is that as long as Christian right leaders keep on shilling for Republicans, the party will close its eyes and embrace them, no matter how many people have to die.