“As the pandemic fills New York City’s morgues, the president has decided to bring in the very best and smartest" 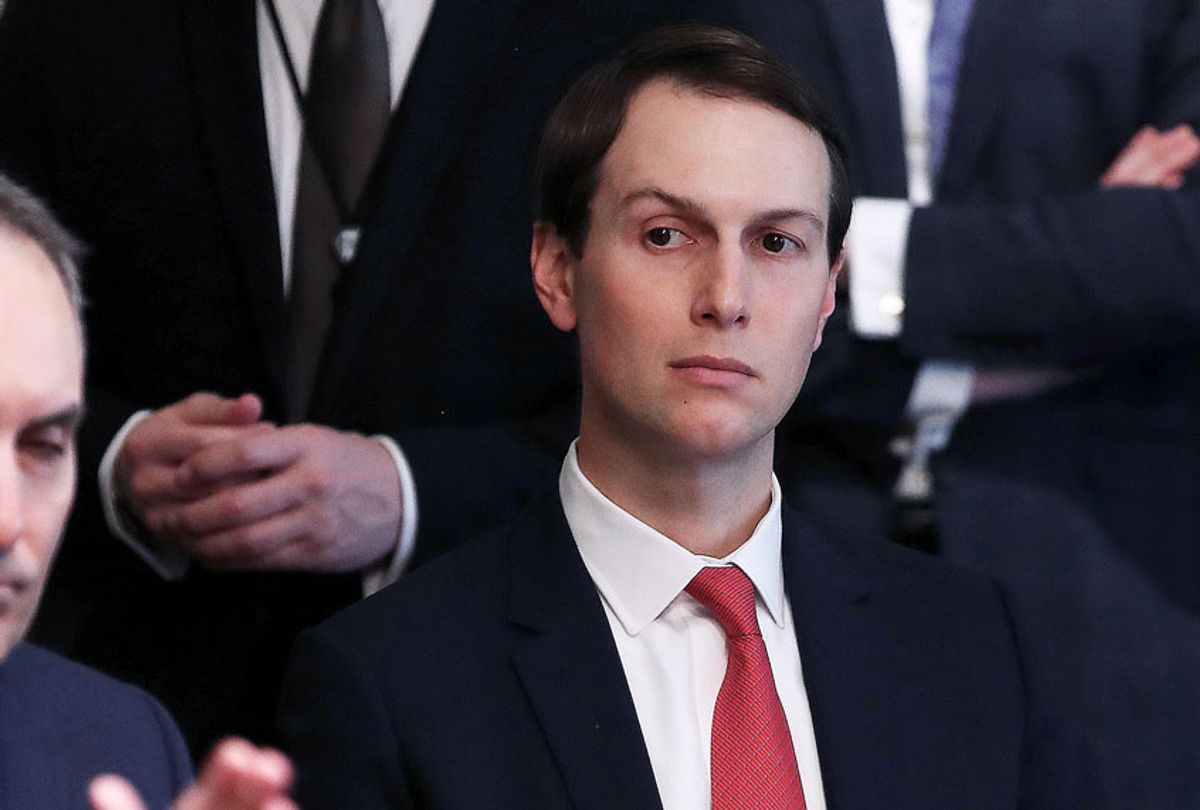 In an op-ed for The Daily Beast this Friday sarcastically titled Don't Worry, America, Jared Kushner Is Going to Save You From COVID-19, Molly Jong-Fast mentioned the fact that President Trump's son-in-law Jared Kushner, who is not a doctor or an elected official — or someone who has any experience in handling pandemics, is now one of the people tasked with directing the government's response to the spiraling coronavirus outbreak.

"As the pandemic fills New York City's morgues, the president has decided to bring in the very best and smartest people," Jong-Fast writes. "For Donald Trump, that's his son-in-law, Jared Kushner. And it just makes sense, since Jared has already brought peace to the Middle East and innovated America within an inch of its life with his office of American innovation. Now it's time for the young slumlord to once again fail upwards. This time, hundreds of thousands of American lives are at stake, but I mean, Jared did go to Harvard (via a $2.5 million donation), so…"

Jong-Fast cites a New York Times report detailing how Kushner initially told Trump in the early days of the outbreak that the threat was being over-hyped by the media. She also mentioned his role in Trump's refusal to implement the wartime Defense Production Act to force companies to make ventilators.

"But wait, there's more," Jong-Fast continued in her sarcastic tone. "It turns out that Jared is as good at handling a pandemic as he is at Middle East peace. First, he asked his brother's wife's dad for advice on handling the outbreak. Dr Kurt Kloss (father of model Karlie) wrote on Facebook, 'If you were in charge of Federal response to the Pandemic what would your recommendation be. Please only serious responses. I have direct channel to person now in charge at White House and have been asked for recommendations.' I mean it makes sense, since he's a doctor and Facebook is a highly regarded and peer-reviewed medical journal."

Read her full op-ed over at The Daily Beast.