Netflix's sweet "Uncorked" is a father-son drama with earthy notes 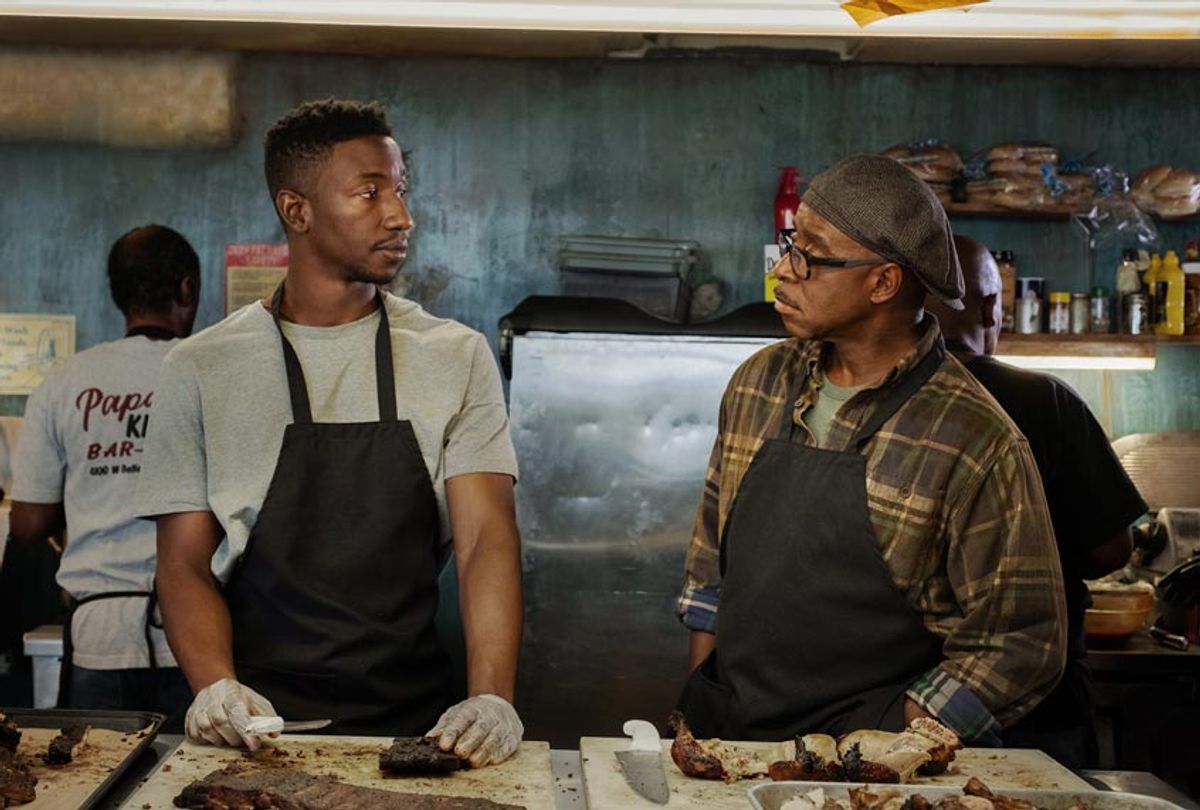 Mamoudou Athie and Courtney B. Vance in "Uncorked" (Netflix)
--

Wine movies — outside the realm of documentaries like the 2013 films "Somm" or "Red Obsession" — are a tricky venture; so much of the world of wine is both incredibly visceral and intangible. It requires a language all its own, and learning it isn't just musing about glass after glass. It's a path dotted with flashcards and vineyard maps and spit buckets and the eventual realization that you can look at a crowd of wine aficionados and describe your wine as having a "river stone minerality" and they will nod knowingly.

All this is to say, a movie about wine needs a little humanization, which "Uncorked," now streaming on Netflix, provides with a generous pour. It's an update on a narrative that is probably as old as the invention of wine: a son has come of age and doesn't want to continue working for the family business, despite his father's obvious, initial disappointment. In this case, we're introduced to Elijah (Mamoudou Athie), a salesman at a Memphis wine store, who also pulls shifts at the barbeque joint that belongs to his father, Louis (Courtney B Vance).

"This place is historic," says Louis at one point. "Frankie Beverly had a stroke here."

And he really believes that — relaying, at one point, how his own father built the shop with dice winnings in 1960, a time period when no local bank would give a black man a loan — and thus treats barbeque with the same veneration for his product that is common  in wine circles. We watch Louis wax poetic about the different kinds of smoking wood – hickory, apple, and cherry – and carefully whittle the fat off his pork cuts a quarter-inch at a time until he's left with a perfect slice of meat.

Elijah has the same enthusiasm for wine, though less intimate knowledge of the topic. Early in the film we watch as he breaks down his shop's various white wine offerings for his soon-to-be girlfriend, Tanya (Sasha Compere). Chardonnay is the Jay-Z of wine, classic and goes with any mood, while Riesling is more of a Drake, smooth and "up in its feelings" (music is a big, bold part of this movie — from diegetic references to particularly well-chosen soundtrack selections). He blows off learning about the family business in favor of attending wine mixers and putting together increasingly daring "wine of the month" clubs, until his manager eventually writes him a letter of recommendation to attend a one-year course to become a Master Sommelier.

It's a lofty goal — there are only 230 Master Sommeliers in the world — and one that his family doesn't quite understand. When he broaches the topic at dinner, his cousin, J.T., (scene-stealer Bernard David Jones) retorts, "You trying to become an African?" while Louis jokes, "Hey, if you want to tell people what to drink with their chitlins, I'm fine."

The only one who is overwhelmingly supportive of Elijah's dreams from the jump is his mom, Sylvia (Niecy Nash). She pushes him to pursue the program, while also attempting to reconnect Louis with his son, all with a tremendous amount of verve and compassion.

There are echoes of other movies all throughout "Uncorked," which marks "Insecure" writer and producer Prentice Penny's feature directorial debut. At various times I was reminded of "Big Night," "Whiplash," and "You Will Be My Son." It's not quite as taut as any of these stories, and, sans a few true twists, there are large chunks of "Uncorked" that register as obvious, predictable plot devices. The way in which Tanya is written, for example, is unremarkably flat; she serves as a kind of motivationless question-asker whose inquiries lightly prompt Elijah's personal development.

And when that personal development inevitably brings him back home, albeit as a changed man, it's not particularly revelatory.

That said, there's a lot of strength found in how deeply human and relatable the story of "Uncorked" is. Who among us hasn't wanted to strike out in a direction uncharted by our parents, weathering their obvious disappointment and unsubtle side-eyes while trying to make a go at whatever big bright thing we're trying to achieve? Conversely, who doesn't understand a parent's desire to present their child with a piece of family history, bolstered by the desire that they will be taken care of even after they're gone?

"Uncorked" lays out that conflict, and it notably does so while subtly challenging stereotypes of black men and the roles they play in society, in families. Race and culture play a part of the story, of course, but it takes a backseat in this universal narrative of a parent and an adult child trying to come to terms with each other's desires. It's sweet, medium-bodied, and unchallenging. It's the kind of movie anyone can easily curl up with, without too much thought. Just don't forget the wine.