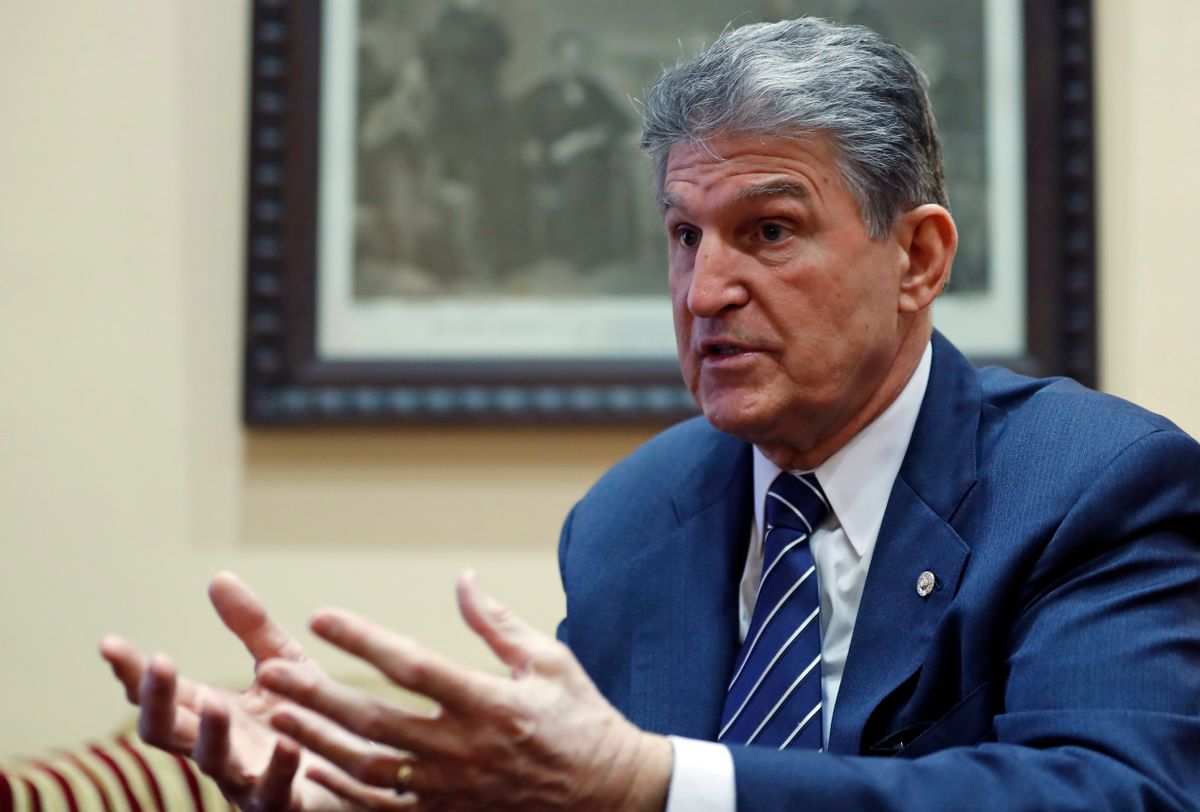 FILE - In this Feb. 1, 2017, file photo, Sen. Joe Manchin, D-W.Va. speaks during an Associated Press interview in his office on Capitol Hill in Washington. It's a rare and momentous decision, one by one, seated at desks centuries old, senators will stand and cast their votes for a Supreme Court nominee. It's a difficult political call in the modern era, especially for the 10 Democrats facing tough re-election next year in states that President Donald Trump won. (AP Photo/Alex Brandon, File) (AP)
--

Sen. Joe Manchin (D-WV) called out Senate Majority Leader Mitch McConnell (R-KY) on Monday for being more concerned with propping up the economy than providing supplies to hospitals fighting the novel coronavirus.

"And it looks like we're worried more about the economy than we are the health care and the wellbeing of the people of America," the West Virginia senator complained.

"Let me ask you a question," Manchin implored.

"Answer my question!" McConnell demanded. "In what way would the Democratic Party be disadvantaged?"

"Thirty hours [of debate] or 30 days, as long as you have the votes, 51 votes rule," Manchin said. "So the final vote is going to be on passage, whether you have to negotiate or not with us."

"Here's the way it works!" McConnell exclaimed. "We have been fiddling around as the senator from Maine pointed out for 24 hours…"

At that point, Manchin reclaimed his time, silencing McConnell.

"We just have a little different opinion about this," Manchin said. "You can't throw enough money to fix this if you can't fix the health care."

"My health care workers need to be protected," he added. "But it seems like we're talking about everything else about the economy versus the health care. That doesn't make any sense to me whatsoever."

"It seems like we're more concerned about the health care of Wall Street," Manchin remarked. "That's the problem that I've had on this."