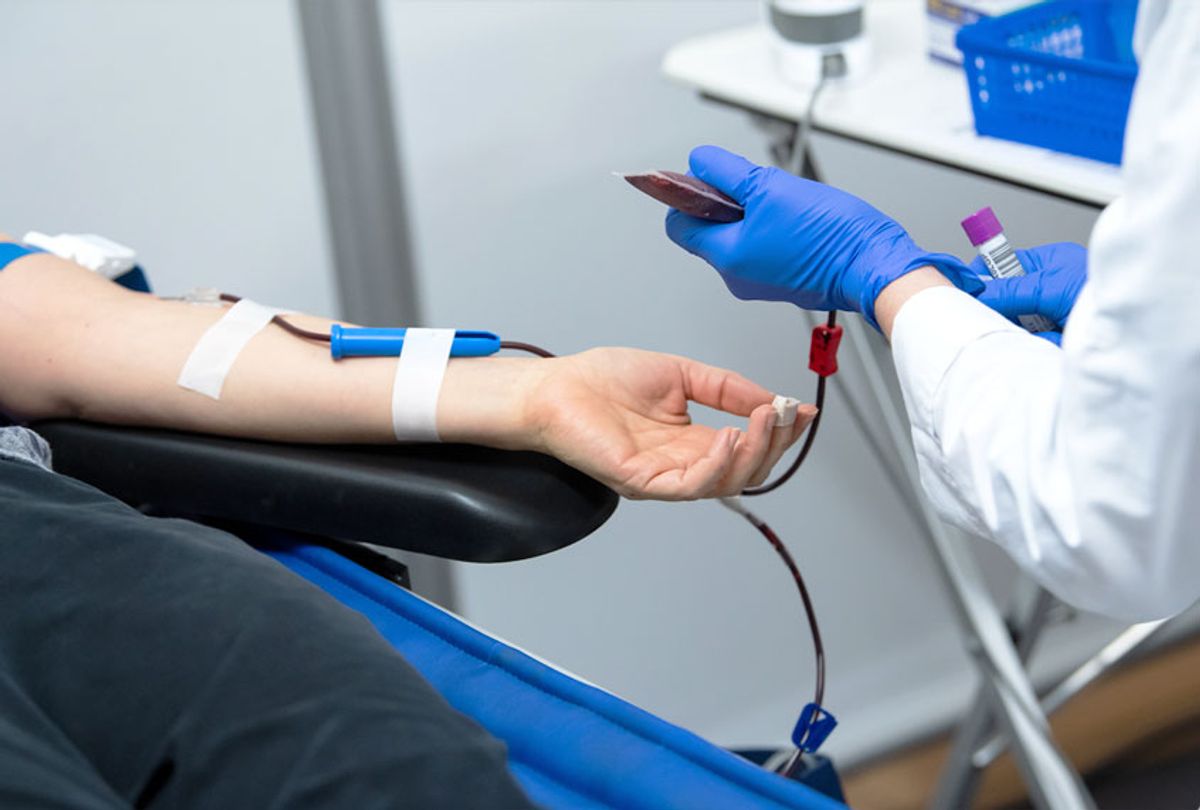 Despite the United States' struggles to test patients for the COVID-19 coronavirus, medical experts say the country will need an entirely different type of test to end statewide lockdowns and let people return to work.

Though the US has ramped up testing nationwide, the availability of the tests remains insufficient to meet the growing demand. Undeterred by the delays in identifying confirmed cases, President Donald Trump is already pushing to "reopen the country." The medical experts on the White House coronavirus task force agree that while his timeline of restarting the economy by Easter is "aspirational," the country cannot remain on lockdown forever. In order to begin letting people return to work, however, medical experts say the US will need to learn more about coronavirus immunity and develop a "serological test," sometimes called an "antibody test," to identify people who have already recovered.

Nicholas Christakis, a Sterling Professor of social and natural science at Yale University, says that "almost all" of the people who recover from the virus will be immune "but we don't know how long this immunity lasts."

"For some diseases (like polio or chickenpox), you are basically immune for the rest of your life," he said. "But for many others, that's not the case."

Some researchers have looked to the data on SARS, another type of coronavirus that shares nearly 80% of its genetic code with COVID-19, for guidance. A Chinese study published in MedRx last month found that antibodies that fight the virus peaked in patients' bloodstreams two years after infection but waned over the following decade.

Another group of researchers infected macaques with COVID-19 and found that they did not seem to experience symptoms when they were reinfected, according to a study published in MedRx.

Vineet Menachery, a virologist at the University of Texas Medical Branch at Galveston, told The New York Times that people who recover from COVID-19 are likely to have immunity over at least one to two years.

"Beyond that, we can't predict," he said.

If people who recover develop immunity, it will be crucial to identify recovered patients in order to start letting people return to work, particularly in cases where the person was unaware they were infected. It's currently impossible to know how many people have had asymptomatic cases of the virus, but early studies in China and Japan suggest as many as 30% of those infected may show no symptoms.

When a patient fights the infection, their body releases antibodies specific to the virus. Serological or antibody tests could identify people who have already recovered and are, at least temporarily, immune to COVID-19.

"Ultimately, this (antibody test) might help us figure out who can get the country back to normal," Florian Krammer, a professor in vaccinology at Mount Sinai's Icahn School of Medicine, told Reuters. "People who are immune could be the first people to go back to normal life and start everything up again."

This test is even more important to doctors and health workers on the front lines of the battle against the virus.

"If I ever get the virus and then get over it, I'll want to get back to the front lines ASAP," Dr. Adams Dudley, a pulmonologist at the University of Minnesota School of Medicine, told the outlet. "I would have a period in which I am immune, effectively making me a 'corona blocker' who couldn't pass the disease on."

Not everyone is optimistic. Tony Mazzulli, the chief microbiologist at Toronto's Sinai Health system, warned that it is unclear whether the antibodies would be enough to protect health workers who are exposed to the virus in large amounts, like those who operate emergency rooms and intensive-care units.

"The hope is … (antibodies) do confer protection and they can go to work, ride the subways, whatever they do. But there's no guarantee," he told Reuters, adding that it would be "premature" to rely on the tests to form staffing decisions.

Dr. Stanley Perlman, a professor of microbiology and immunology at the University of Iowa, also cautioned that the tests need to be calibrated properly before they gain wide use.

"You want them to be sensitive enough to detect everyone who has had the infection," he said, "but not so nonspecific that you are picking up other coronaviruses."

But with the economy in freefall and the president demanding to ease on restrictions sooner or later, the government and private companies are rushing to develop these tests as quickly as possible.

"Developing serological tests should actually be a national and international priority," said Christakis, the Yale researcher.

The White House signaled that it is focusing on these tests as well.

"Some are developed now. We are looking at the ones in Singapore," Dr. Deborah Birx, the coordinator of the White House coronavirus task force, said during a briefing on Monday. "So we're looking at those to see how those work. We're very quality-oriented because we want to make sure we don't give people false negatives or false positives."

Current tests are only able to detect the virus in infected patients but researchers in Singapore were able to confirm a case that was missed by the current testing, Science Magazine reported last month. The tests require additional study but there aren't many cases in the country. Singapore has been among the most successful in combating the virus, reporting just 732 total cases.

Researchers in China have also developed a similar test. Moreover, the World Health Organization is urging all countries to invest in serological testing.

"These types of studies should be conducted now," Maria Van Kerkhove, the head of the WHO's emerging diseases unit, told STAT News. "This is one of the major things that needs to be done now. And everywhere. Not just in China. In the U.S., in Italy, in Iran — that would give us a better understanding of where this virus is and if we're truly missing a large number of cases."

In the United States, where the number of confirmed cases now exceeds those in China, the Centers for Disease Control and Prevention (CDC) announced earlier this month that it is working to develop their own tests.

"CDC has developed two serological tests that we're evaluating right now so we can get an idea through surveillance what's the extent of this outbreak, how many people really are infected," CDC Director Robert Redfield testified to Congress. "That is being moved out now to do these extensive surveillance programs."

The CDC did not provide a timeline for their development. But Krammer, the Icahn School of Medicine researcher, said his team has already developed one of the first antibody tests in the country, and his lab has distributed key ingredients to other organizations to begin testing patient samples.

Biomerica, a California-based company, is already selling test kits for less than $10 outside of the United States. The tests require just a small amount of blood and can produce results within 15 minutes.

"These tests would be very attractive if they're cost effective, readily available and easy to do," Dr. William Schaffner, a professor of infectious diseases at the Vanderbilt University School of Medicine, told Reuters.

With time running out, the Food and Drug Administration gave clinical laboratories and private companies the green light to start using the tests, at least on a limited scale. At least 17 companies have notified the FDA that they have started doing so, ABC News reported.

New York Gov. Andrew Cuomo, whose state has seen cases rise much faster than any other, said these tests needed to be made available as soon as possible to get people back to work.

"It's a trial for people who are in serious condition, but the New York State Department of Health has been working on this with some of New York's best health care agencies, and we think it shows promise," Cuomo said.

The rush to test is crucial, as some lawmakers say the economy cannot withstand an open-ended shutdown.

"If this really goes on for months at a time, for 18 months as some people have projected, having health care workers who are immune to the virus will be really, really helpful," Angela Rasmussen, a virologist at Columbia University, told The New York Times.

Christopher Kirchhoff, a former aide to President Obama who authored the 2016 review of the U.S. government's response to the Ebola crisis, said that it was the only way to logically start letting people out of their homes.

"We need to identify all those people here who not only knew they had the coronavirus but maybe weren't sure because they didn't get tested or because they had minimal symptoms," he told STAT News. "You can imagine asking them to take the key roles in our economy to keep things moving, whether that's manning a checkout aisle at a supermarket or taking the lead for caring for someone else in their family who comes down with the coronavirus."