In Prentice Penny's film, a father and son's opinion of a vocation hinges on what they perceive as survival 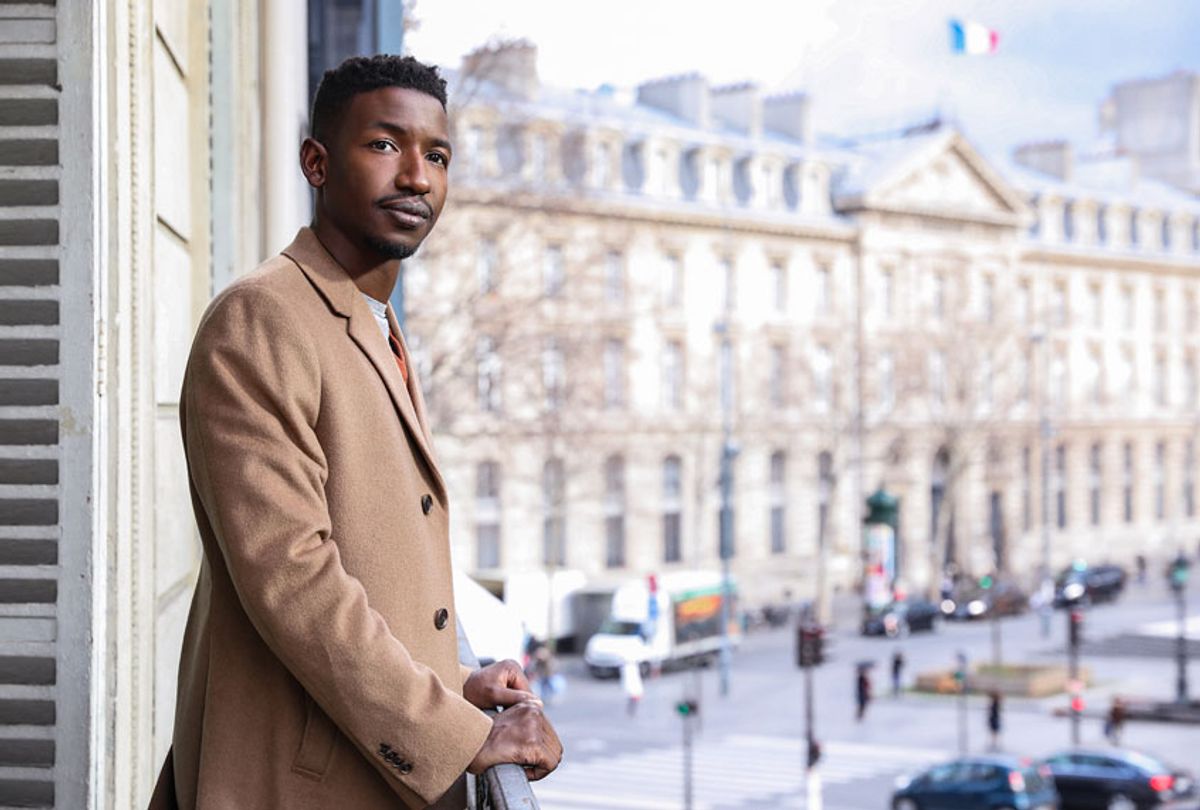 The following reveals the ending of "Uncorked." If you haven't watched yet, read Salon's non-spoilery review.

The new Netflix original film "Uncorked" written and directed by "Insecure" executive producer Prentice Penny captures an energy that's far too common in modern culture in regards to what we pursue, why we pursue it, and the way we dream. We all should be paying attention.

"Uncorked" stars Mamoudou Athie as Elijah, a young aspiring master sommelier from a family and community in Memphis where master sommeliers don't really exist. When he first introduces the idea of hsi dream job to his family, they misunderstand and think he aspires to be Somali and ask why he wantesto be a "pirate." Throughout the film, Elijah is in constant conflict with his father Louis, played by Courtney B. Vance, who runs a successful barbeque business that he is in the middle of expanding. Louis inherited the business from his dad and always had a vison of passing it down to Elijah.

Although Elijah works at the barbeque restaurant, he moonlights as a sales person at a liquor store with an extensive wine collection. His true passion spills out of him when he recommends and then sells bottles of wine to people that they'd never consider. You can see that same passion dry up when he is hacking up slabs of pork at his dad's shop. The father and son experience their biggest falling-out when Elijah musters up that courage to tell Louis that he doesn't want to run the family business; he only wants to be a master sommelier. There are many other storylines in the film: a mother battling cancer, a love interest, the lack of diversity in sommelier classes; however, that dynamic between father and son, and wanting the best for your children, stuck out to me the most.

From my perspective, growing up in a community where having a present father who can leave you a successful business is a dream come true. I was lucky to have my dad around and I love him dearly through all of the good times and battles we have had, but he's not leaving me a company because that almost never happens. I would imagine that Elijah's dad knows how rare that opportunity is and is shocked, amazed even, at the fact that his son would actually decline. Initially Louis wanted to be a teacher himself; however, the family business was calling so he stepped up and expected Elijah to do the same. For many from Louis's generation, survival always trumps passion, and careers like writer, painter and yes, sommelier are all just synonyms for "homeless guy" in their eyes. Louis wants to keep the family business going, make sure his son doesn't starve, and crushing Elijah's dreams to achieve all of this sounds harsh, but is a necessary evil. Is Louis right?

When I started my career as a writer, the average response from my close friends was, "Why in the hell would you want write?" I could never share my work with the people I spent most of my time with, because many of them saw no value in reading or my trying to become a writer in general. I was in a similar place as Elijah because I wanted to be something that didn't exist in my family or community. It's tough road that many millennials have to travel as we are exposed to so much online, but lack few real-life mentors that we can call, lean on, or ask for advice.

What I lacked in role models, I made up in dreaming and research. I remember clinging  to this Huffpost article that said even though the chances of making it as a writer were slim, there were some amazing success stories and the reward far outweighed the risk it takes to succeed.

Some of the come-up stories mentioned were…

"Mystery writer Janet Evanovich pulled in $33 million last year, but wrote for ten years before getting published. She labored first in the romance field before hitting it big with bounty hunter Stephanie Plum.

Stephen King's first big novel, Carrie, was rejected 30 times. He tossed it in the wastebasket but his wife fished it out. He earned $39 million in 2012.

John Grisham's first novel, A Time to Kill, was rejected 12 times, and he unsuccessfully tried to sell copies from the trunk of his car. He earned $26 million last year.

Judy Blume, who has sold 80 million books, got nothing but rejections for two straight years.

Rex Pickett's Sideways was rejected 16 times and received an advance of $5,000 before being picked up for a film.

J.K. Rowling, the first author billionaire, had Harry Potter rejected by a dozen British publishing houses and reportedly got into print, for a £1,500 advance, only after the eight-year-old daughter of a publisher pleaded for it.

Dan Brown's three novels before The Da Vinci Code all had printings of less than 10,000 copies.

I printed out a copy of that article while I was earning my MFA and placed it in my book bag. After weeks, months, and even years of rejection, I'd pull it out from time to time and give it a read-over. While many of the other writers in my program were worried about being rejected in our small circle, I was constantly being rejected by the world. And now it's five years later after we all graduated and most of the students I still talk to from that program don't write any more. Why did they quit? Were they surrounded by people like Elijah's dad who constantly told them they weren't good enough? Did they pay tens of thousands of dollars for school, just so that they could attach only a five-year plan to their dreams? Or did they stop because they simply did not know how to dream? It's probably a combination of them all.

I don't know a lot of things, but I do know how to dream so my situation was different. Like Elijah, I imagine many of my former classmates came from families that were connected to privilege, employment, and the means to make it without writing. School was more of a hobby for some of them, a social experiment or something for them to do, and I think that's perfectly okay. People deserve the right to dream, try things out, fail and then try again or not without being judged. I didn't hit a fraction of my goals yet; just as Elijah ended the film still working toward his, and that is a beautiful message that makes the film so necessary.

Failing is okay because that is where the real lessons come from. Dream on.

"Uncorked" is streaming on Netflix.