He's suddenly trying to seem more human, and more "presidential." Journalists must not surrender to this tripe 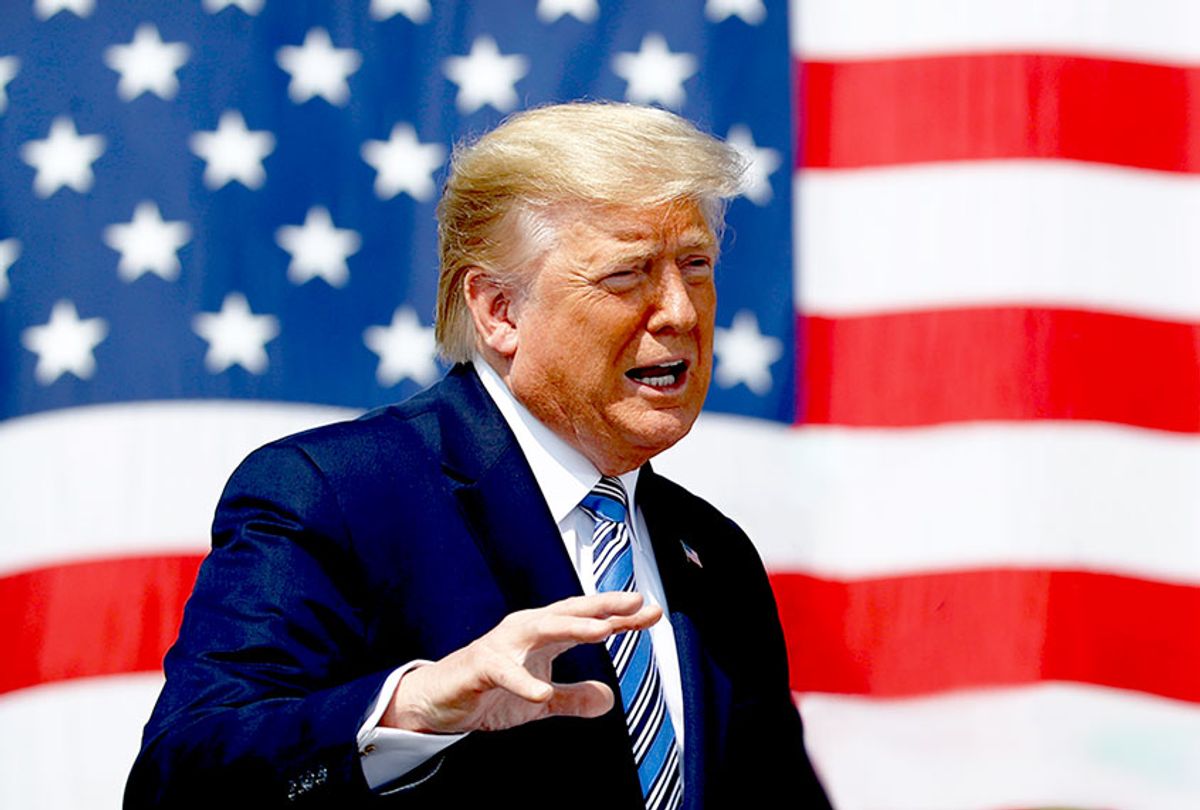 After weeks spent angrily downplaying the threat of the coronavirus, Donald Trump is now trying to describe the nation's inconsistent and still wildly insufficient response as some sort of glorious — even "beautiful" — expression of national unity.

But instead of leading, Trump focuses on making it look like he's leading. His daily camera-hogging press conferences are full of lies and almost entirely devoid of substance, but they do create the imagery of someone in charge in a time of crisis.

And each day, the most divisive president in American history tries harder and harder to recast himself as a benevolent leader of a unified country.

A beautiful thing to watch?

And yes, Trump quickly acknowledged a darker side: "Unfortunately, the enemy is death," he continued. "It's death. A lot of people are dying, so it's very unpleasant. It's a very unpleasant thing to go through."

All this started last week, just a couple days after Trump was widely criticized for bizarrely lashing out at a reporter who had asked if he had any empathy for "Americans who are scared."

Somebody at the White House obviously decided that Trump needed to look a little more human, and a lot more presidential. So they started writing him new lines.

Here's what Trump said on March 22, reading from notes:

For those of you who are feeling alone and isolated, I want you to know that we are all joined together as one people, eternally linked by our shared national spirit — we love our country — a spirit of courage and love and patriotism. No American is alone as long as we are united. And we are united. We're very united. People are saying things now that, three weeks ago, they didn't talk that way. We're very united.

No force is equal to the strength of a uni- — really, a unified America, a united America, an America like we have it right now.

None of this is an accident. Indeed, the Trump campaign put out a video ad on March 27, complete with a dramatic score: It features Trump talking about how "there's spirit in this country like never before," along with admiring clips from Democrats and journalists mostly taken out of context, including CNN reporter Dana Bash saying, "He is being the kind of leader that people need."

Do you buy it? Of course not. Will the media? Keep in mind the New York Times (if only briefly) headlined Trump's manifestly insincere speech in El Paso — after a white supremacist quite possibly inspired by his racist incitements killed 22 people at a Walmart there – "TRUMP URGES UNITY AGAINST RACISM."

The elite political press swoons when Trump does anything that looks even a little bit presidential.

Then again, as long as Trump continues to mix his standard, often vitriolic talking points with these new ones, the coverage is more likely to resemble what David Smith wrote for the Guardian after Sunday's briefing, i.e., that Trump "undermined his plea for unity by uttering falsehoods, verbally abusing reporters and making incendiary allegations that implied health care workers were stealing masks, without providing evidence."

What I would like to see is our elite reporters taking note of Trump's attempt to paint a rosy patriotic picture, and making it clear that none of that is based on reality but is instead a transparent attempt to extend his support beyond his less-than-a-majority political base.

Indeed, it would be the perfect occasion to call attention to something quite astounding about Trump that the press long ago stopped being surprised about: He has not once made a genuine effort to reach out to the people who don't support him already.

Atlantic national correspondent James Fallows, in an essay about how the political press has become inured to Trump's outrageous behavior, cited as one example the minimal attention paid to Trump inviting only Republicans to the signing of the bipartisan stimulus bill. Fallows explained:

Every other president has tried, at some point, to expand his support beyond those who originally voted for him (which is why all others have at some point had popularity ratings of 60 percent or 70 percent). Every other one has at some point tried to express the interests of the entire public, not just "the base." Trump has never done either — and that failure is so baked-in that it barely registers now.

He's going to keep at it

Trump's attempts to look like the leader of a united people are only going to get more desperate as time goes on. His approval-rating "bump," when put in its proper context, no longer seems so impressive — rather than a "rally around the president" it was more a "rally around the flag," and it wasn't even much of one of those.

But as the New York Post's Mary Kay Linge reported, "the media's relentless focus on Trump and his response to the pandemic — no matter how dismissive or critical its tone — is serving his purposes by fixing the spotlight on him and on the crisis itself."

The briefings, especially as long as the networks keep airing them — and doing so without any journalistic value added — are the most powerful propaganda tools he has at his disposal.

One of the many excellent points New York Times TV critic James Poniewozik made about the daily events on Monday is that they "are something that Mr. Trump hasn't had since he declared Leeza Gibbons the winner of his final 'Celebrity Apprentice' in 2015: a TV show aimed at a wide mass audience."

And that audience, Poniewozik wrote, wants "a reason to believe things will get better."

Trump knows that. He also knows that even people who wouldn't normally be rooting for him certainly don't want him to fail even worse than he already has. And he also knows about the corporate media's weakness for things that sound "presidential."

But he's only right about the second thing, and not the way he means.