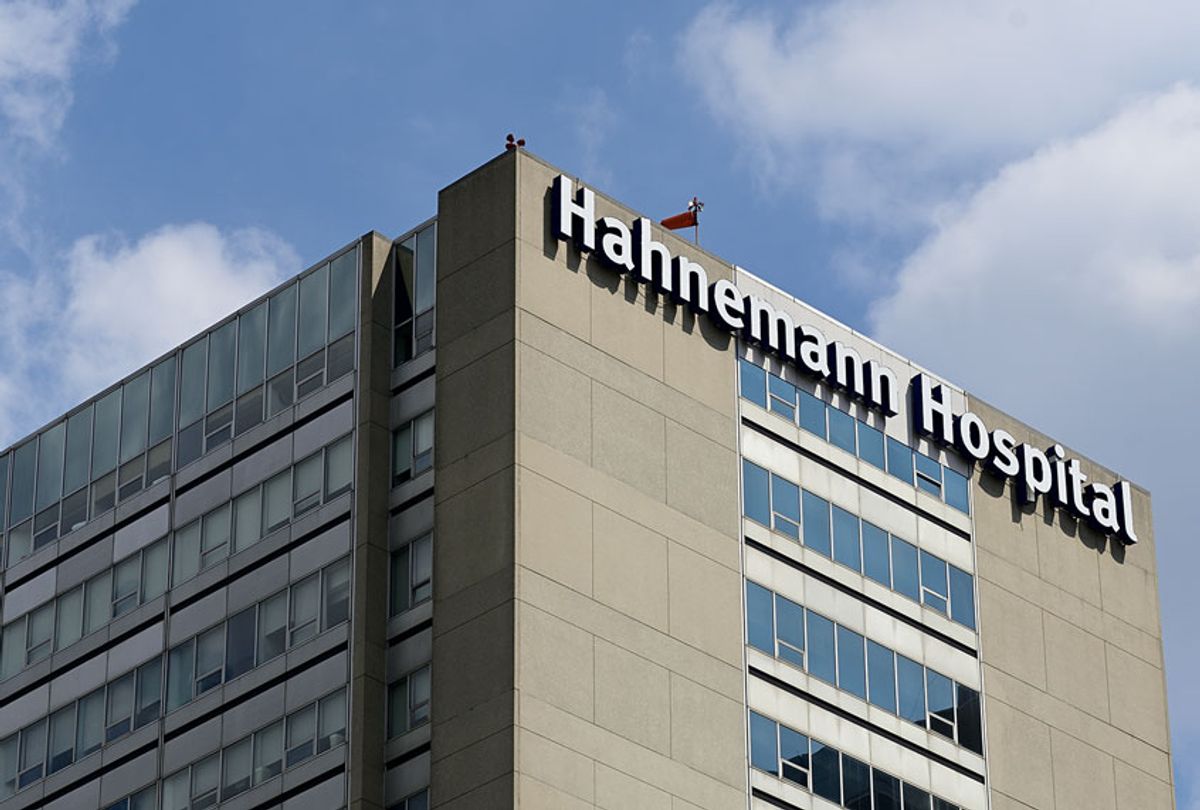 Philadelphia scrapped plans to reopen an empty hospital that could house nearly 500 patients amid the coronavirus pandemic after its owner demanded the city pay him nearly $1 million per month.

The city hoped to use the shuttered Hahnemann University Hospital as it raced to find available beds to handle the rising number of patients with the coronavirus. Philadelphia has been one of the hardest-hit cities, reporting more than 1,300 confirmed cases and 14 deaths.

But the hospital will remain empty after owner Joel Freedman, a California real estate investor, demanded that the city either buy the property or pay him almost $1 million per month in rent and other costs, according to The New York Times.

The hospital shut down in September 2019 after suffering millions of dollars in losses.

A spokesperson for Freedman argued that the costs were far less than what two hospitals in California charged to use those facilities.

"Anyone looking at the apples-to-apples comparison can see that Mr. Freedman not only desired to be helpful to the city of Philadelphia and its leaders, but he was very reasonable," spokesman Sam Singer told the outlet. "We're disappointed that they didn't accept what we offered, but we stand ready to be helpful to the city or the state if they want to reopen discussions."

Freeman's position drew widespread condemnation as the city grapples with an unprecedented health crisis. Sen. Bernie Sanders, I-Vt., rallied his supporters outside of the hospital last year to oppose its closure in one of the city's poorest areas.

"As all of you know, the possible closing of Hahnemann has nothing to do with health care. It has everything to do with greed," Sanders said at the time. "That is wrong, that is immoral, that is not what this country is about."

Sanders renewed his criticism of Freedman as the coronavirus struck Philadelphia.

"We are facing estimates of over 100,000 coronavirus deaths. It is outrageous that a Philadelphia real estate investor who closed a hospital is now trying to gouge the city to re-open it," Sanders said, urging the city to take over the hospital. "The city should reopen Hahnemann hospital immediately."

Singer claimed that Freedman's opponents have been "wrongly been critical" of him.

But Philadelphia Mayor Jim Kenney told reporters last week that the city gave up negotiating with Freedman after Temple University allowed the city to use its music and sports venue free of charge.

"We don't have the need to own it nor the resources to buy it," he said. "So we are done, and we are moving on."

Kenney said the city offered to lease the hospital for a "nominal" amount and cover maintenance and expenses. The deal would have paid Freedman "hundreds of thousands of dollars a month" and increase the value by doing "extensive work to make it usable again."

"Yet the owner would not agree to our offer," he said.

But Freedman demanded far more than the city was able to give, according to Kenney.

"I'll let others decide whether that's reasonable or not," he added.

"I think he's looking at this as a business transaction rather than providing an imminent and important aid to the city and our residents," he said.

Lawmakers like City Councilor Helen Gym called for the city to use eminent domain to seize the property and not let "unconscionable greed to get in the way of saving lives." But Kenney argued that the option would take too long and would still require them to buy the building at market price.

Kenney said Freedman's position was an example of profiteering that ignored the magnitude of the current crisis.

"People will take advantage of this, trying to make a buck out of this, and I think again it's sad," he said. "This is probably the biggest health crisis in our generation, and they should act accordingly."

"Joel Freedman has blood on his hands," said a flier tacked to the door.

"Vandalism or hate is never acceptable, nor will it solve any problems. Rather, it is a time to come together and work collectively for the best of the community," Singer told The Philadelphia Inquirer. "That is what Mr. Freedman attempted to do, and the city determined the site was not suitable for its needs."

Kenney disputed that characterization in a Sunday interview with NPR on.