Big Brother and the coronavirus: Will pandemic be used to expand surveillance state?

Activists warn: "We must not sleepwalk into a permanent expanded surveillance state" out of pandemic paranoia 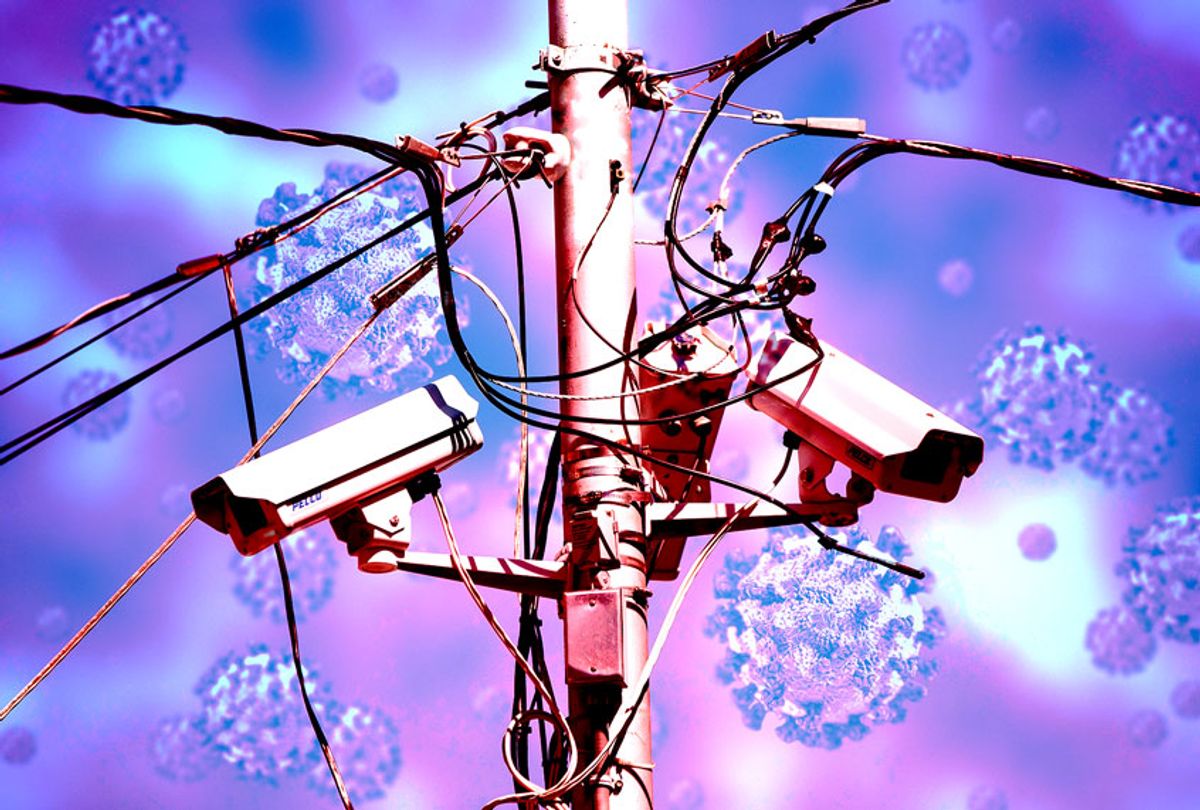 As the number of COVID-19 cases climbed toward a million worldwide on Thursday, more than 100 human rights groups issued a joint statement warning that governments' response to the coronavirus pandemic "must not be used as a cover to usher in a new era of greatly expanded systems of invasive digital surveillance."

The groups acknowledge that the public health crisis "requires a coordinated and large-scale response" but urge governments "to show leadership in tackling the pandemic in a way that ensures that the use of digital technologies to track and monitor individuals and populations is carried out strictly in line with human rights."

"An increase in state digital surveillance powers, such as obtaining access to mobile phone location data, threatens privacy, freedom of expression and freedom of association, in ways that could violate rights and degrade trust in public authorities — undermining the effectiveness of any public health response," says the statement (pdf). "Such measures also pose a risk of discrimination and may disproportionately harm already marginalized communities."

"These are extraordinary times, but human rights law still applies," the statement continues. "Now more than ever, governments must rigorously ensure that any restrictions to these rights is in line with long-established human rights safeguards."

Groups behind the statement are from across the globe and include Amnesty International, Access Now, Big Brother Watch, the Committee to Protect Journalists, the Electronic Privacy Information Center (EPIC), Human Rights Watch, Privacy International, Public Citizen, WITNESS and the World Wide Web Foundation.

Even before the coronavirus outbreak began in China late last year, that country was widely known and criticized for its mass surveillance, including facial recognition technology. In recent months, the Guardian reported in March, "Chinese citizens have had to adjust to a new level of government intrusion" that critics worry will persist even after the pandemic ends.

While the ability to track the virus with digital technology has been pivotal to understanding the outbreak's development, concerns about how governments and the private sector are using surveillance technology — such as data collection from smartphones — to track people during the pandemic have also emerged elsewhere, such as Singapore, the United States and the United Kingdom.

"Governments risk compounding the harms of this outbreak by running roughshod over our privacy and dignity, and ignoring protections that arose in direct response to overreach during past global crises," Access Now general counsel Peter Micek warned in a statement. "By selling tools of surveillance as public health solutions, authorities and all-too-willing companies could rewrite the rules of the digital ecosystem in corona-colored ink — which we fear is permanent."

Amnesty Tech deputy director Rasha Abdul Rahim said Thursday that "technology can play an important role in the global effort to combat the COVID-19 pandemic; however, this does not give governments carte blanche to expand digital surveillance. The recent past has shown governments are reluctant to relinquish temporary surveillance powers. We must not sleepwalk into a permanent expanded surveillance state now."

"Increased digital surveillance to tackle this public health emergency can only be used if certain strict conditions are met," added Abdul Rahim. "Authorities cannot simply disregard the right to privacy and must ensure any new measures have robust human rights safeguards. Wherever governments use the power of technology as part of their strategy to beat COVID-19, they must do so in a way that respects human rights."

The groups' statement details eight conditions they believe must be met to justify increased digital surveillance as part of coronavirus containment efforts. The conditions include demands for transparency, time limits, restrictions on how data can be used, privacy protections, measures to prevent discrimination and participation from relevant stakeholders.

"This crisis offers an opportunity to demonstrate our shared humanity," the statement says. "We can make extraordinary efforts to fight this pandemic that are consistent with human rights standards and the rule of law. The decisions that governments make now to confront the pandemic will shape what the world looks like in the future."