Kushner: Federal stockpile isn’t for states to use. New York got masks after friends spoke to Trump 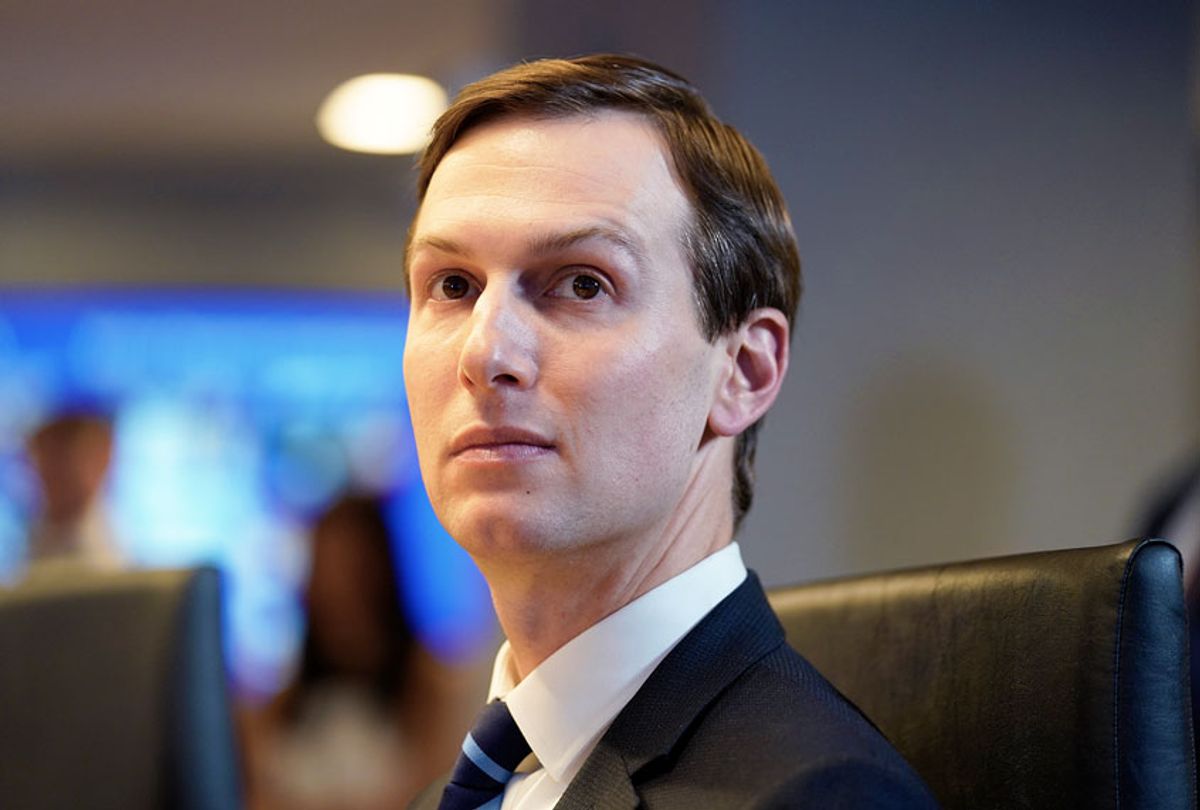 Jared Kushner, President Donald Trump's son-in-law and White House adviser, claimed that the federal stockpile of medical supplies is not for individual states to "use," even though that is exactly the reason why the stockpile exists.

Kushner, who is said to have set up his own "shadow" coronavirus team after leading ill-fated Middle East peace negotiations, made a rare appearance at the White House press briefing on Thursday.

"You also have a situation where, in some states, FEMA allocated ventilators to the states, and you have instances where, in cities, they're running out. But the state still has a stockpile, and the notion of the federal stockpile was — it's supposed to be our stockpile. It's not supposed to be state stockpiles that they then use," Kushner told reporters. "So we're encouraging the states to make sure that they're assessing the needs. They're getting the data from their local situations and then trying to fill it with the supplies that we've given them."

Those comments contradicted the expressed purpose of the Strategic National Stockpile, which is overseen by the Department of Health and Human Services.

The stockpile is "the nation's largest supply of life-saving pharmaceuticals and medical supplies for use in a public health emergency severe enough to cause local supplies to run out," its website read on Thursday. "When state, local, tribal and territorial responders request federal assistance to support their response efforts, the stockpile ensures that the right medicines and supplies get to those who need them most during an emergency."

But after Kushner's comments were widely panned, the language on the website was quietly changed.

"We are the UNITED STATES of America. The federal stockpile is reserved for all Americans living in our states, not just federal employees," Rep. Ted Lieu, D-Calif., tweeted. "Get it?"

"Years from now, historians will marvel that in the face of the worst pandemic our country has ever seen, President Trump put his idiot son-in-law in charge," Rep. Jared Huffman, D-Calif., added.

The Trump administration's insistence that states purchase their own supplies rather than create a centralized distribution system has led to states getting into bidding wars with other states, according to numerous governors. New York has been forced to pay as much as 15 times the usual price for equipment, Business Insider reported.

"Where the hell is the federal government?" New York City Mayor Bill de Blasio asked Thursday. "If help doesn't come, we're going to lose people who should not die."

But while de Blasio and New York Gov. Andrew Cuomo have publicly and repeatedly pleaded for federal help, Kushner said Thursday that the administration only sent Gotham equipment following requests from Trump's "friends."

"Very early this morning, I got a call from the president," Kushner said. "He told me he was hearing from friends of his in New York that the New York public hospital system was running low on critical supply."

Kushner added that he called up the city's top health official and quickly delivered much-needed N95 masks to the city's hospitals.

Despite the disjointed response that resulted in states outbidding each other for life-saving supplies, Kushner argued that some governors were misinformed about the situations in their own states.

"Some governors you speak to or senators, and they don't know what's in their state," Kushner said. "You have to take inventory in your own state, and you have to show that there's a real need" to get supplies.

Kushner's appearance at the briefing came after he reportedly inserted himself into the White House response effort.

"Some officials said Mr. Kushner had mainly added another layer of confusion to that response, while taking credit for changes already in progress and failing to deliver on promised improvements," The New York Times reported. "Mr. Kushner early on agreed with his father-in-law that the news media was hyping the coronavirus to attack the president . . . Kushner shares the president's view that governors are driving their residents into a panic by airing worst-case projections of medical needs."

Democrats complained that Kushner was getting in the way of the FEMA response effort.

"There is some kind of communications failure between FEMA and the White House," House Homeland Security Chairman Bennie Thomson, D-Miss., told the outlet. "FEMA was brought into the response to provide logistics support and the White House should let them do their work. There is no reason for Jared or any other inexperienced person to be getting in the way of that."

The New York Times' Michelle Goldberg slammed Kushner's role in the response effort, noting that one senior official had described Kushner's team as "a 'frat party' that descended from a UFO and invaded the federal government."

"Even now, it's hard to believe that someone with as little expertise as Kushner could be so arrogant," she wrote. "Most of his other endeavors — his biggest real estate deal, his foray into newspaper ownership, his attempt to broker a peace deal between the Israelis and the Palestinians — have been failures."

Kushner's new role, she said, "is dilettantism raised to the level of sociopathy."