“The White House has promised millions of tests for weeks now, and they’re just not here,” J.B. Pritzker says 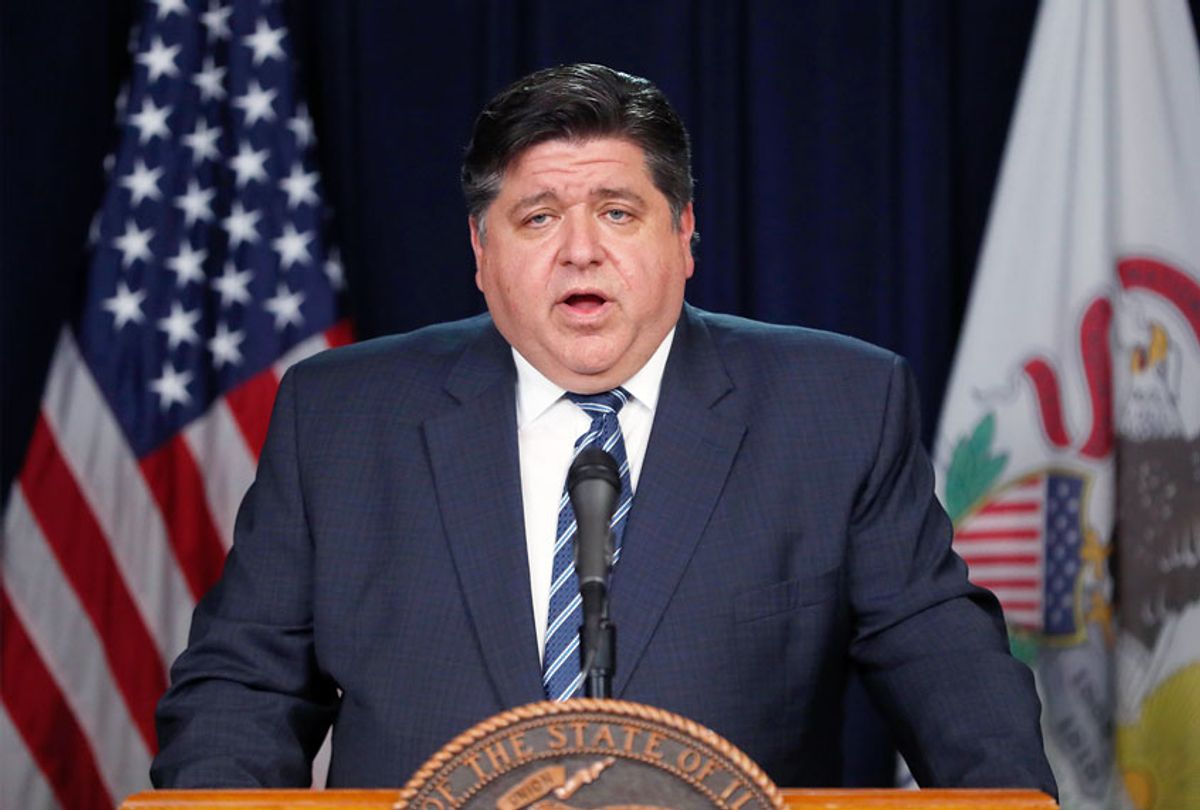 Gov. J.B. Pritzker announced Sunday that Illinois would take over coronavirus testing after the White House failed to make good on its promise to deliver "millions" of tests.

Pritzker, a Democrat, refuted Trump's false claim that the U.S. was testing more people than "anybody" else during a news briefing after the state confirmed nearly 4,600 coronavirus cases and 65 deaths.

The governor said his state is performing 4,000 tests a day, or less than half of the 10,000 daily tests recommended by health experts.

"The White House has promised millions of tests for weeks now, and they're just not here," he said. "I'm not going to wait on promises from the federal government that may never be fulfilled. We need this testing capacity now, so we're building it ourselves in Illinois."

Pritzker said the "loss of essentially the entire month of February" without a major effort to ramp up testing was a "profound failing of the federal government."

The governor's comments echoed those of Dr. Anthony Fauci, the director of the National Institute of Allergy and Infectious Diseases, who told Congress the delay in rolling out tests was a "failing."

Though the U.S. has significantly ramped up testing in recent weeks, totaling 894,000 tests as of Saturday, the supply still fails to meet the demand.

"We have more cases, because we're doing far more testing than anybody in the world," Trump claimed Sunday.

"Every day we aren't hitting 10,000 tests or more is another day that we're not able to get answers that help us get past this crisis," Pritzker said Sunday.

The governor has repeatedly called out the Trump administration and the president himself for failing to meet the needs of states reeling from the pandemic.

"Donald Trump promised to deliver for all the states weeks ago and so far has done very little," he said during a news briefing earlier this month. "Apparently, the only way to get the president of the United States to pay attention is to go on national television and make noise about it."

Making noise on television indeed appeared to get Trump's attention. The president lashed out at Pritzker and "a very small group of certain other governors," tweeting that they "shouldn't be blaming the Federal Government for their own shortcomings."

Pritzker responded with a tweet of his own, in which he encouraged the president to "get off Twitter" and get to work.

"You wasted precious months when you could've taken action to protect Americans & Illinoisans. You should be leading a national response instead of throwing tantrums from the back seat. Where were the tests when we needed them? Where's the PPE?" he asked, a reference to personal protective equipment. "Get off Twitter & do your job."

"Dear Lord-- please step up and be a leader," Lightfoot urged Trump on Twitter. "Lead or get out of their way."

Though Trump dismissed the criticism as coming from a "very small group" of governors, the number of Democratic state leaders decrying the federal government's lack of aid continues to rise.

She later said on the Trump administration's moves had left the country unprepared to deal with the crisis during an appearance on CNN.

"I do still believe that we, as a nation, were not as prepared as we should have been," she said. "I think the cuts to the CDC, the attack on health care in general and the evisceration of the pandemic offices across the country have put us in a position where we are behind the eight ball."

Washington Gov. Jay Inslee recently got into a spat with Trump during a phone call with all of the country's governors after the president said his administration would simply be a "backup" to state efforts.

"I don't want you to be the backup quarterback. We need you to be Tom Brady here," he said, according to The Associated Press.

New York Gov. Andrew Cuomo also lashed out last week after the administration sent his state 400 ventilators despite a dramatic increase in cases.

But the criticism has not been limited to Democrats. Massachusetts Gov. Charlie Baker, a Republican, grew emotional as he criticized the Trump administration for outbidding states for much-needed equipment.

"I have had confirmed orders for millions of pieces of gear evaporate in front of us, and I can't tell you how frustrating it is," he said last week.

Trump has repeatedly attacked governors who have criticized him, raising concerns that governors who praise him would get more aid to deal with the deadly pandemic. The president did little to downplay those concerns during a Friday news briefing.