Cuomo tells Trump admin. to "pick the 26,000 people who are going to die" amid ventilator shortage 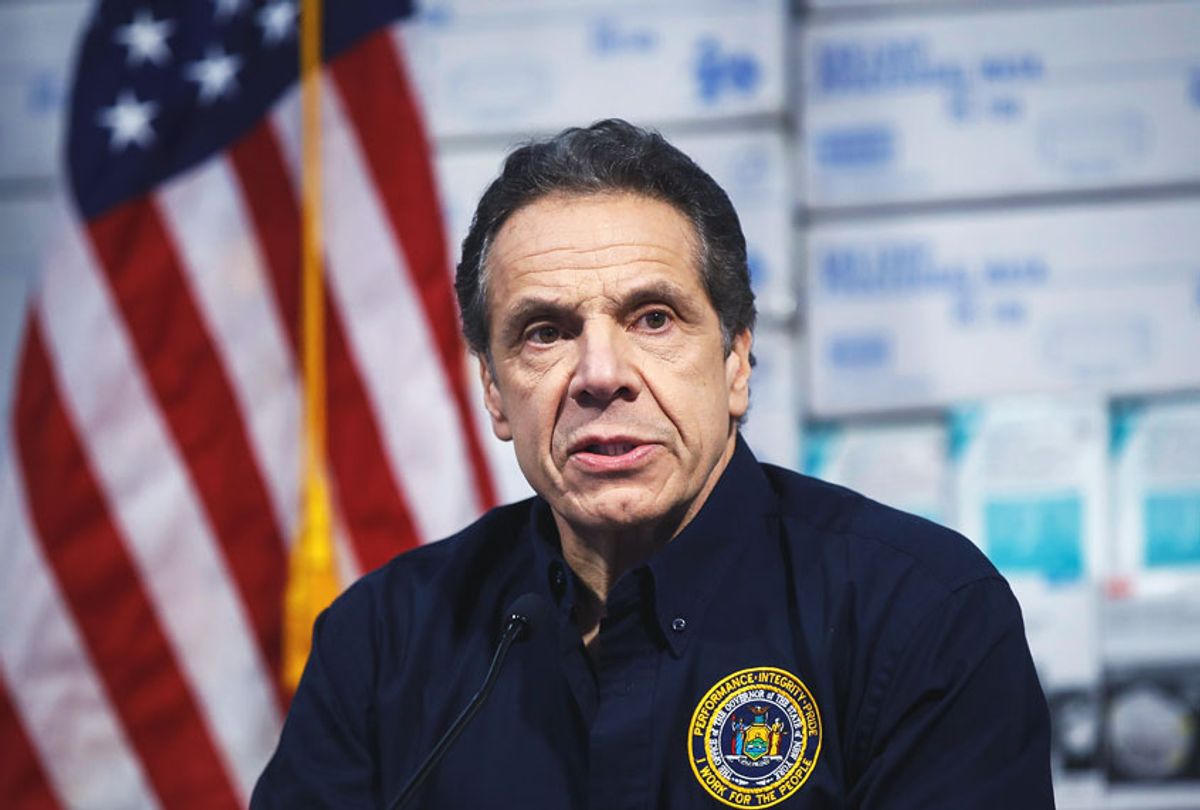 New York Gov. Andrew Cuomo accused the Trump administration Tuesday of not doing enough to stop the rising number of deaths in the state hit hardest by the coronavirus pandemic.

Cuomo revealed during a news briefing that there has been a "dramatic increase in the rate of infection" in the Empire State, which now has more than 25,000 confirmed cases of COVID-19. The U.S. could become the epicenter of the virus as a result of a "very large acceleration" of cases, which has disproportionately hit New York, the World Health Organization said Tuesday.

President Donald Trump fired back at the governor, insisting that "he's supposed to be buying his own ventilators."

Trump claimed that Cuomo had a chance to buy thousands of ventilators in 2015, years before the current pandemic, but chose not to do so.

"I'm not blaming him or anything else, but he shouldn't be talking about us," Trump said.

Hospitals are increasingly overwhelmed by the quick rise in patients with severe cases, many of which require a ventilator to survive. New York currently has 53,000 hospital beds, and the state previously estimated a need for at least 110,000. But Cuomo said the state now estimates a need for 140,000 beds to handle the number of patients who will need to be hospitalized as the virus peaks.

"The inescapable conclusion is that the rate of infection is going up," Cuomo said Tuesday. "It is spiking. The apex is higher than we thought, and the apex is sooner than we thought. That is a bad combination of facts . . . It is clear that we must dramatically increase the hospital capacity to meet that highest apex."

Without requiring these companies to help, Cuomo said, New York simply cannot obtain the amount of equipment it needs. The state was able to find just 7,000 ventilators after "scouring the globe. It needs tens of thousands more.

"The only way we can obtain these ventilators is from the federal government," Cuomo said. "Not to exercise that power is inexplicable to me."

The governor said the current system was insufficient and criticized the Federal Emergency Management Agency for sending the state hundreds of ventilators when it needs thousands.

New York is just the "canary in the coal mine," he added. "What happens to New York is going to wind up happening to California, and Washington state and Illinois. It's just a matter of time."

Cuomo followed up his news conference by vowing to deliver ventilators to other states after New York deals with its crisis.

"The federal government must distribute ventilators based on need. We need them in New York NOW," he tweeted. "After New York gets past the apex of this pandemic, I will transport the ventilators myself wherever they are next needed."

New York City Mayor Bill de Blasio, whose city has half of all the cases in the state, said hospitals are "going to start to go broke."

"Our hospitals, in a matter of days or weeks, depending on the hospitals, are going to be stressed to the point that they cannot provide the kind of health care we're used to unless we can get them a huge resupply of equipment, supplies, personnel," he told Fox News.

Only the federal government can handle a problem of the magnitude seen in the city, he added.

Coronavirus patients are not the only ones who would be impacted by a breakdown in the hospital system.

"If we don't knock this thing down, our health care system cannot handle this strain if it comes on too fast," he said. "Not just for folks with coronavirus — that's for all the other health care challenges. All the folks with cancer, heart disease. We have to protect everyone in danger by keeping our hospitals going, and that means social distancing is the key to slowing this thing down."

The warnings appear to have gotten the administration's attention. About an hour after Cuomo's news conference, Vice President Mike Pence told Fox News that the federal government had shipped 2,000 ventilators to the state Tuesday and would send 2,000 more on Wednesday.

Trump asserted that companies like Ford, General Motors and Tesla were voluntarily helping build ventilators, but The New York Times revealed that claim to be false. Even if the companies are willing to help with production, it would take weeks, if not months, to set up the necessary equipment.

"I understand the federal government's point that many companies have come forward and said we want to help, and General Motors and Ford and people are willing to get into the ventilator business," Cuomo said Tuesday. "It does us no good if they start to create a ventilator in three weeks, or four weeks or five weeks. We're looking at an apex of 14 days."

Trump complained on Twitter that the market for face masks and ventilators "is crazy" and getting the necessary equipment was "not easy," prompting Cuomo to once again urge Trump to invoke the Defense Production Act to speed up the process. At the same time, Trump has vowed to reassess restrictions put in place to contain the virus in order to restart the economy.

"Look at us today," Cuomo warned. "Where we are today, you will be in four weeks or five weeks or six weeks. We are your future."