While the country is distracted by COVID-19, Trump abruptly dismisses the intelligence community inspector general 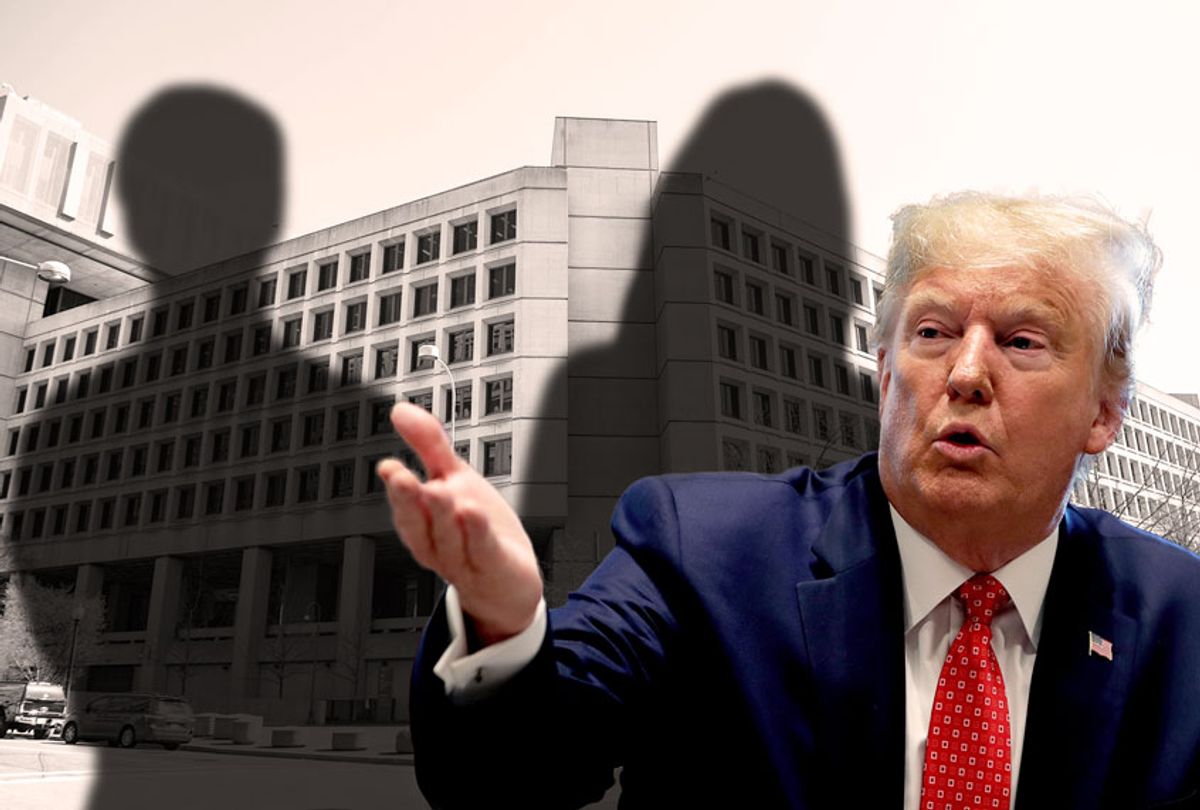 Two months after being acquitted by the Senate, Trump on Friday night told lawmakers in a letter to the House and Senate Intelligence Committees that he no longer had confidence in Atkinson.

"It is vital that I have the fullest confidence in the appointees serving as inspectors general," the president wrote (pdf). "That is no longer the case with regard to this inspector general."

Atkinson's firing will be in effect in early May, 30 days from Trump's announcement.

Rep. Adam Schiff (D-Calif.), chair of the House Intelligence Committee, condemned Trump's decision, which he viewed as retaliation against Atkinson for informing Congress of the White House communications with Ukraine last year which were at the center of the impeachment hearings.

Disagreeing with then-acting Director of National Intelligence Joseph Maguire's decision to take the whistleblower complaint to Trump's Justice Department, Atkinson alerted Congress about the complaint regarding Trump's conversations with Ukrainian President Volodymyr Zelensky, in which he asked Zelensky to publicly launch a corruption investigation into former Vice President Joe Biden and his son, Hunter.

Daniel Goldman, who served as counsel to the House Democrats during the impeachment hearings, said Atkinson "followed the law with the utmost integrity" and accused Trump of seeking "pure retaliation, retribution, and reprisal."

Trump was also rebuked by the Council of the Inspectors General on Integrity and Efficiency.

"Inspector General Atkinson is known throughout the Inspector General community for his integrity, professionalism, and commitment to the rule of law and independent oversight," said council chairman Michael Horowitz. "That includes his actions in handling the Ukraine whistleblower complaint, which the then Acting Director of National Intelligence stated in congressional testimony was done 'by the book' and consistent with the law."

National security analyst Clint Watts wrote that Trump chose to fire Atkinson while Americans are focused on the coronavirus pandemic, which has spread to more than 278,000 Americans and has killed more than 7,000.

"While the world is rightly distracted by COVID19, we see leaders around the world with authoritarian tendencies subverting democracy. U.S. is no different," Watts tweeted, suggesting a comparison between Trump and far-right Hungarian Prime Minister Viktor Orbán, who secured dictatorial powers this week through an emergency law passed by Parliament.

At the Center for Responsibility and Ethics in Washington (CREW), deputy director Donald K. Sherman suggested the American public could soon learn that Atkinson's firing may have been brought about by actions unrelated to last year's whistleblower complaint and Trump's impeachment.

"The question we need to ask right now is what investigations or audits did Atkinson start in the last few months," Sherman wrote. "Were any related to intelligence failures around coronavirus? Why would he be fired so abruptly AND placed on administrative leave?"