The U.S. government is battling it out with other countries in a desperate dash for supplies 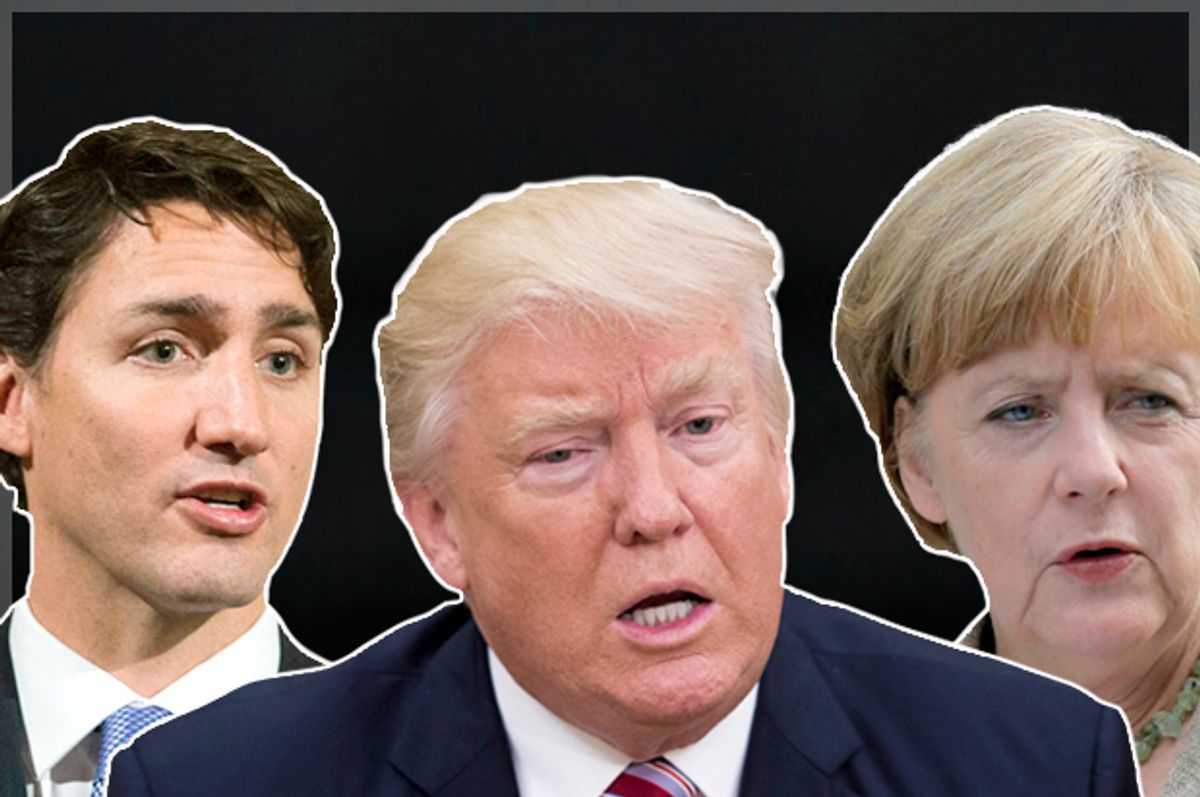 As the coronavirus pandemic continues to inflict misery all around the world, officials in the United States and other countries realize that they will need a plentiful supply of respirators and personal protective equipment (PPE) such as N-95 masks and latex surgical gloves. And the U.S., according to The Guardian, is competing with other countries when it comes to obtaining those items.

An article published in The Guardian on Friday and written by four different reporters (Orée-de-Puisaye, Oliver Holmes, Bethan McKernan and Lorenzo Tondo) describes the type of competition taking place. At an airport in Shanghai, China, for example, some masks were about to be shipped to France — a country that has been hit hard by the pandemic (John Hopkins University in Baltimore reported more than 5300 coronavirus-related deaths in France, as of early Friday afternoon). But according to The Guardian, U.S. buyers showed up and offered three times what France had offered to pay for the masks.

French politician Jean Rottner, president of the Regional Council of Grand Est, told The Guardian, "On the tarmac, they arrive, get the cash out.… So, we really have to fight." And Rénaud Muselier, another French official, told France's BMFTV, "The icing on the cake: there is a foreign country that paid three times the price of the cargo on the tarmac."

An anonymous U.S. official denied the report. But other reports confirm that U.S. government is battling it out with other countries in a desperate dash for supplies.

In Canada, Prime Minster Justin Trudeau — whose wife, Sophie Grégoire Trudeau, was recently diagnosed with COVID-19 — has voiced concerns about medical equipment destined for Canada actually making it to his country. And the prime minister said he has asked Canadian officials to "look into" allegations that "masks were being diverted away from his country."

On Thursday, Trudeau asserted, "We need to make sure that equipment that is destined for Canada gets to and stays in Canada, and I've asked ministers to follow up on these particular reports."

The Guardian notes, "As the pandemic worsens, panicked governments have been accused of using questionable methods to acquire supplies in the battle against the coronavirus. Tactics have ranged from blocking exports of medical supplies to sending spies on clandestine missions to find tests."

Brazilian Health Minister Luiz Henrique Mandetta is another official who is voicing concerns about his country not receiving PPE that it needs.

At a press conference in Brazil on Wednesday, Mandetta told reporters, "Today, the U.S. sent 23 of their biggest cargo planes to China to pick up the material they had acquired. Many of our purchases, which we had hoped to confirm in order to supply (our health system), fell through. The whole world wants (these things) too. There is a problem of hyper-demand."

In a statement on Friday, the manufacturer 3M confirmed that the Trump administration has sought to block it from foreign exports:

The Administration also requested that 3M cease exporting respirators that we currently manufacture in the United States to the Canadian and Latin American markets. There are, however, significant humanitarian implications of ceasing respirator supplies to healthcare workers in Canada and Latin America, where we are a critical supplier of respirators. In addition, ceasing all export of respirators produced in the United States would likely cause other countries to retaliate and do the same, as some have already done. If that were to occur, the net number of respirators being made available to the United States would actually decrease. That is the opposite of what we and the Administration, on behalf of the American people, both seek.

In the U.S., health officials have been warning that hospitals could be facing critical shortages of ventilators and PPE in the weeks ahead —and officials in other countries hit hard by coronavirus have been facing PPE challenges of their own. In Forbes, Isabel Togoh reported that a shortage of PPE has been costing doctors and nurses their lives in Italy and Spain. Togoh noted that "at least 61 Italian doctors have died" from coronavirus and that in Spain, "a severe PPE shortage has contributed to at least 12,000 healthcare professionals contracting the virus."