Chaos in Wisconsin: Tuesday's primary likely to go ahead despite multiple warnings

Wisconsin GOP refuses to cancel in-person voting — is this a preview of voter-suppression tactics this fall? 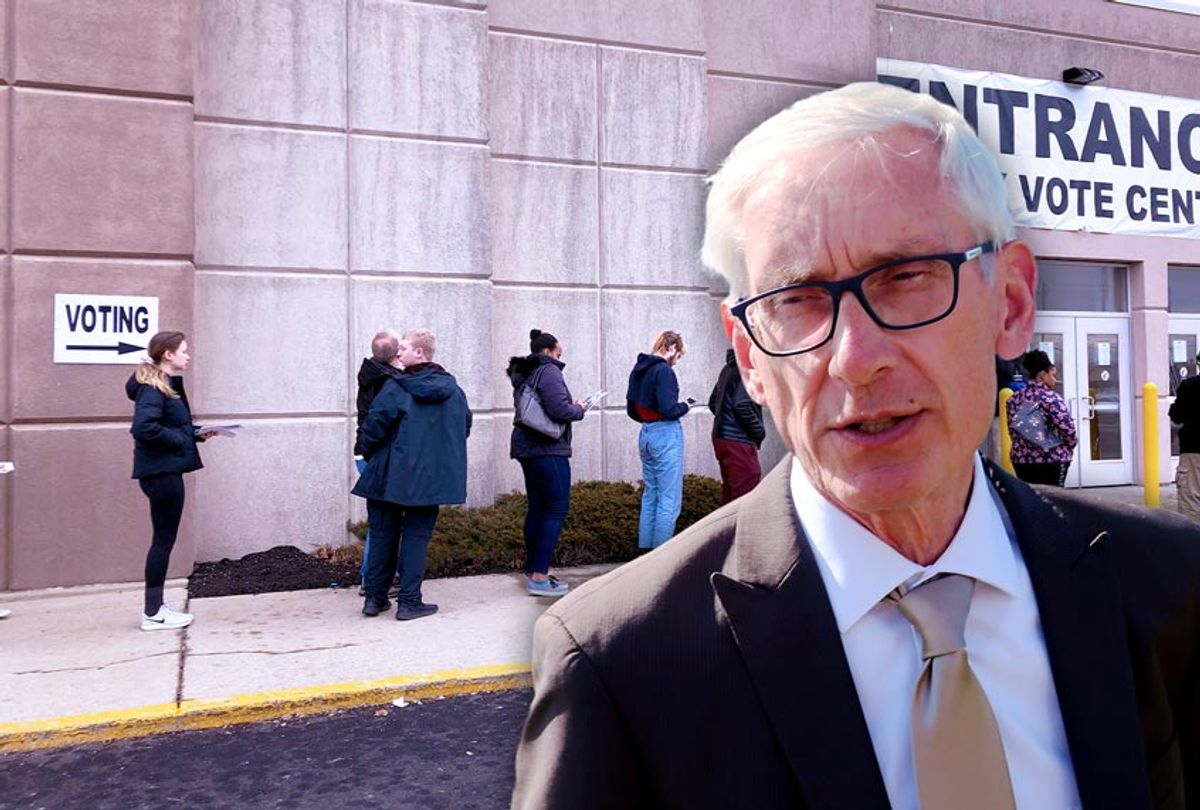 Despite warnings from public health experts and legal challenges by voting rights groups, the Wisconsin Democratic primary and state and local elections are set to go forward on Tuesday after Republican state legislators refused to take up a proposal to cancel most in-person voting in light of the coronavirus pandemic.

After Democratic Gov. Tony Evers ordered lawmakers to meet Saturday afternoon to consider allowing voters to mail in their ballots until May 26, following the lead of 15 other states, the GOP-led legislature assembled at the Capitol — but adjourned the session within seconds, refusing to take action.

According to Politico, Evers is not expected to take any further action to stop Wisconsin voters from having to either assemble at a dwindling number of polling places on Tuesday — risking contracting and spreading the coronavirus — or waiving the right to vote in the primary and other key elections.

Republicans in the state did take one action on Saturday regarding the election, asking the U.S. Supreme Court to block a lower court ruling by U.S. District Judge William Conley, who ordered election officials last week to extend the deadline for requesting an absentee ballot and to allow voters until April 14 to return the ballots.

Evers is reportedly concerned that taking further steps to halt in-person voting could backfire, according to Politico:

If the issue went before the Wisconsin Supreme Court, which holds a Republican majority, Evers risks inadvertently creating precedent that could adversely affect his emergency powers. ... Beyond that, the governor's office doesn't want to expend all of its political capital in a fight over moving the election because it needs GOP legislative leaders to play ball on a broader coronavirus funding package.

The Wisconsin Democratic Party, mayors throughout the state, civil rights groups and Sen. Bernie Sanders have all joined public health officials in urging the state to halt in-person voting to adhere to Evers' March 25 stay-at-home order, in light of the pandemic. More than 2,000 coronavirus cases have been reported in Wisconsin, and at least 56 people have died.

In addition to the Democratic presidential primary between Sanders and former Vice President Joe Biden, Wisconsin voters on Tuesday will cast ballots in several local elections and the state Supreme Court race between conservative Justice Daniel Kelly and liberal Jill Karofsky. A victory for Kelly would secure the 5-2 conservative majority on the court. As President Donald Trump suggested last week, low turnout due to the pandemic could help secure Kelly's seat.

Biden has joined Republicans in urging the state to move ahead with the election as planned, saying last week it is a matter for "the Wisconsin courts and folks to decide" — a position journalist Jeremy Scahill called "reckless" on Sunday.

James Conway, an infectious diseases expert at the University of Wisconsin, called the state's plan to move ahead with in-person voting "really irresponsible" and one which would damage the credibility of public health guidance urging social distancing.

"It just seems really irresponsible to make this one giant exception," Conway told the Milwaukee Journal-Sentinel. "From a public health stand it's both the wrong message and it's taking an enormous gamble."

Tuesday's elections are expecting to be mired in confusion and chaos, as the coronavirus has drastically reduced the number of poll workers available to run election sites. Milwaukee, the state's largest city with nearly 600,000 people, is expected to have just five polling locations open instead of its usual 180.

Wisconsin Democratic Party chair Ben Wikler was among those on social media who warned that the state Republicans' maneuver over the weekend is likely a preview of the GOP's tactics on a national scale during this year's general election.

The Wisconsin GOP's actions over the weekend should convince congressional Democrats to "not surrender another iota of leverage until the election is secure and the economic recovery provisions are automatic," wrote Crooked Media editor Brian Beutler.