Trump's radical attempt to sabotage auto emissions rules: It's even worse than you think 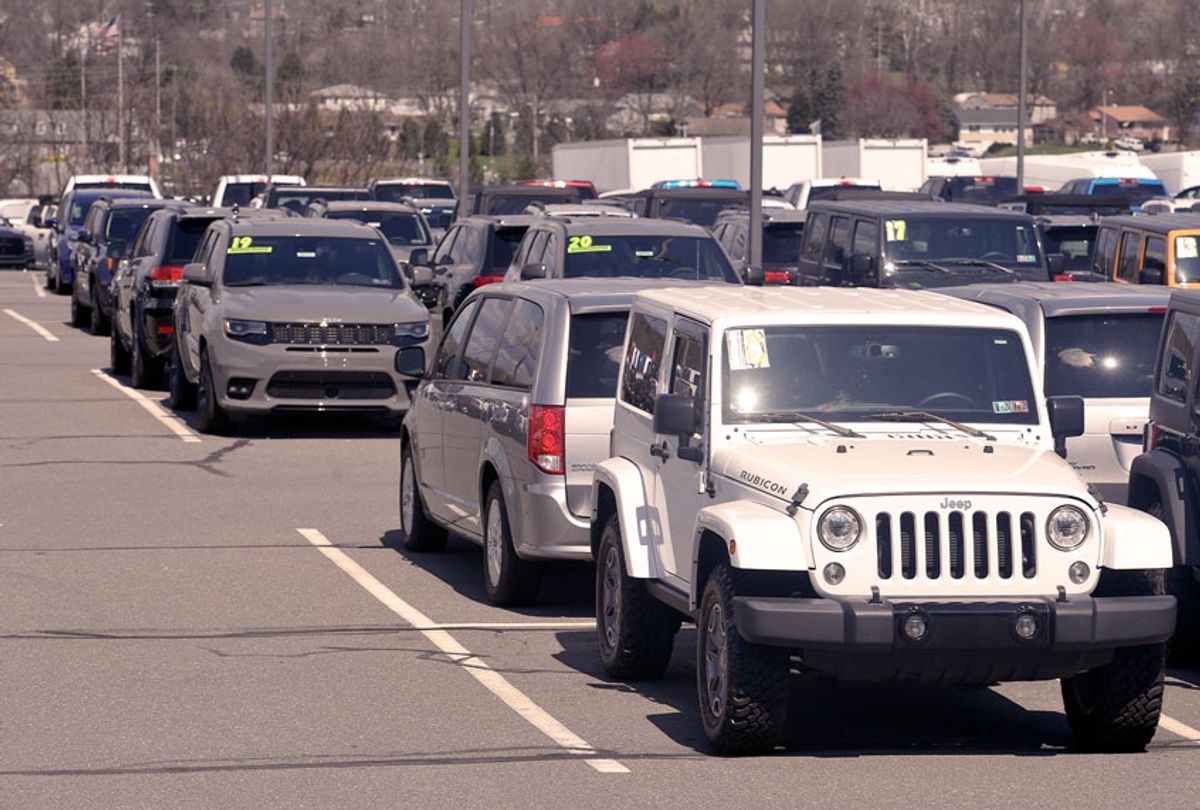 President Trump's proposed drastic relaxation of future auto emissions standards has been widely blasted as a repeal of "the government's biggest effort to combat climate change." Careful readers have also noted that the Trump proposal would kill 300 Americans every year and cost every driver about $2,100 in higher costs by wasting about 80 billion gallons of gasoline.

In 2009, the Big Three automakers, auto workers, environmentalists and the Obama administration concluded that manufacturers could reduce carbon pollution (and fuel consumption) from cars by about 5% per year. Trump's proposal would cut pollution by only 1.5%. (The industry says it will reduce pollution by 2.4% a year without any regulations at all — so the Trump rule is actually weaker than what will happen with no regulation.)

The release of this emissions rule has also triggered a large discussion about the vicious Trump effort to shred the public health and environmental safety net. Reporters have been connecting the dots, linking the auto rule to attempted rollbacks of about 100 major environmental standards, rules which protected Americans from such risks as dangerous soot, sulfur, mercury, coal ash, methane leaks, oil spills, acid drainage, nerve gas pesticides and lead in our drinking water.

The media has highlighted abundant evidence that the Trump administration has ignored the advice of climate, public health and automotive experts, engaged in elaborate statistical calisthenics to misrepresent the rollback, and ended up with a final rule exceptionally likely to be found deficient when challenged in court. A substantial part of the auto industry, led by Ford, has broken with Trump (at significant risk of retribution) to work out a compromise set of rules with California, which has the toughest clean-air regulations in the country. That compromise would reportedly educe pollution by 3.7% a year.

The EPA's own scientific advisory board told the agency that there were significant weaknesses in the scientific analysis and as a result, that the original Obama rule maximized the net benefits better than the Trump revision.

What's not getting sufficient emphasis is a deeper issue: Not only is Trump's rollback of auto emission standards utterly unrooted in real science — which is no big surprise — the entire Trump program to undo environmental standards is an explicit effort to give greater weight to profitability for manufacturers, as opposed to protecting the public. Such an effort runs afoul of the clear legal boundaries: This deregulatory program is blatantly illegal in its intent as well as its details.

Trump's defenders insist that the president is entitled to have his own policies. Thomas J. Pyle, who advised the Trump campaign, argues that civil servants are supposed to support the policies of the elected president, and "if you don't like the person serving, then you should leave." He says the scientific data included in regulatory analyses by EPA scientific and economic staff constitute "trip wires" that EPA insiders were setting to undo Trump's goals. Reporters have picked up on this suggestion that what's happening here is a struggle between the policy choices of the elected president and those of the civil service. For example, Coral Davenport of the New York Times, who has provided some of the most in-depth coverage, explained the dynamic in these terms, suggesting that "scientists and lawyers inside the federal government have embedded statistics and data in regulatory documents that make the rules vulnerable to legal challenges."

But that's a misreading of the dynamic. It is not embedding the statistics that makes the rules vulnerable. It is the fact that they ignore clear policy choices made by Congress when it enacted the Clean Air and Clean Water Acts, along with perhaps a dozen other environmental statutes. EPA career staff are simply doing their jobs and including the scientific facts required in regulatory analysis by federal law.

The president is absolutely entitled to have his own policy preferences. Trump's defenders are correct about that. But he may only pursue them within limits set not only by the Constitution, but also in laws passed by Congress and signed by previous presidents. Trump is not the first president to confuse his personal ideology with the law, and to find it obnoxious that a statute passed by a previous Congress and signed by a previous chief executive ties his hands of his imperial self.  But he is by far the most blatant.

Davenport cites one of the clearest examples of such "I can ignore the law" behavior by Trump — ignoring clear scientific evidence that the current air quality standard for fine particles, soot, is not stringent enough to protect the health of people who breathe such levels of pollution. Indeed, the science suggests that the current soot standard allows polluting refineries and factories to kill 45,000 people a year — almost half as many people as the president now says he expects to die from COVID-19.

EPA staff whom Davenport interviewed told her that "Mr. Trump's political appointees signaled they did not want to tighten the rule." Perhaps so. But their desires have absolutely no legal relevance: Congress decided in 1970 that air quality standards must be set at levels which allow "an adequate margin of safety, [and] are requisite to protect the public health."  Previous presidents have disliked this congressional mandate to put health first and profits second, but when they challenged it, the Supreme Court rejected those efforts. Air quality standards must prioritize protecting the public health — that is the law of the land.

So when Trump ally Stephen J. Milloy told Davenport that EPA's "career staff is sabotaging the rulemakings, deliberately seeding them with numbers that can help the enviros sue," he was dead wrong. It is Trump's political appointees who are "sabotaging" rulemaking, which is a process directed toward carrying out congressionally established priorities, not finding ways to evade them to fit the president's personal predilections. It is the career staff at EPA who are carrying out their oaths of office – to faithfully execute their duties — and political appointees in EPA leadership who are violating them by knowingly placing the administration's policy preferences above clear statutory mandates.

What is most unusual about the Trump auto emissions rollback is that the auto industry itself opposes it. From the manufacturers' point of view, this change doesn't provide a clear pathway forward but instead thrusts the companies into a potentially extended period of uncertainty, during which they won't be able to plan decisively for the coming era of electric vehicles.

But what is most corrosive is the way this administration is undermining the very fabric and integrity of the regulatory processes by which the federal government protects the public. It's not new information that Trump has nothing but contempt for Congress, and the Constitution's establishment of it as an equal branch of government — but that message needs to be repeatedly driven home when we analyze what the president is doing. Donald Trump is entitled to his own opinions. He is not entitled to his own Constitution or his own federal laws.