“Isn’t that refreshing when contrasting it with the awful presidency of President Obama?” Kayleigh McEnany asked 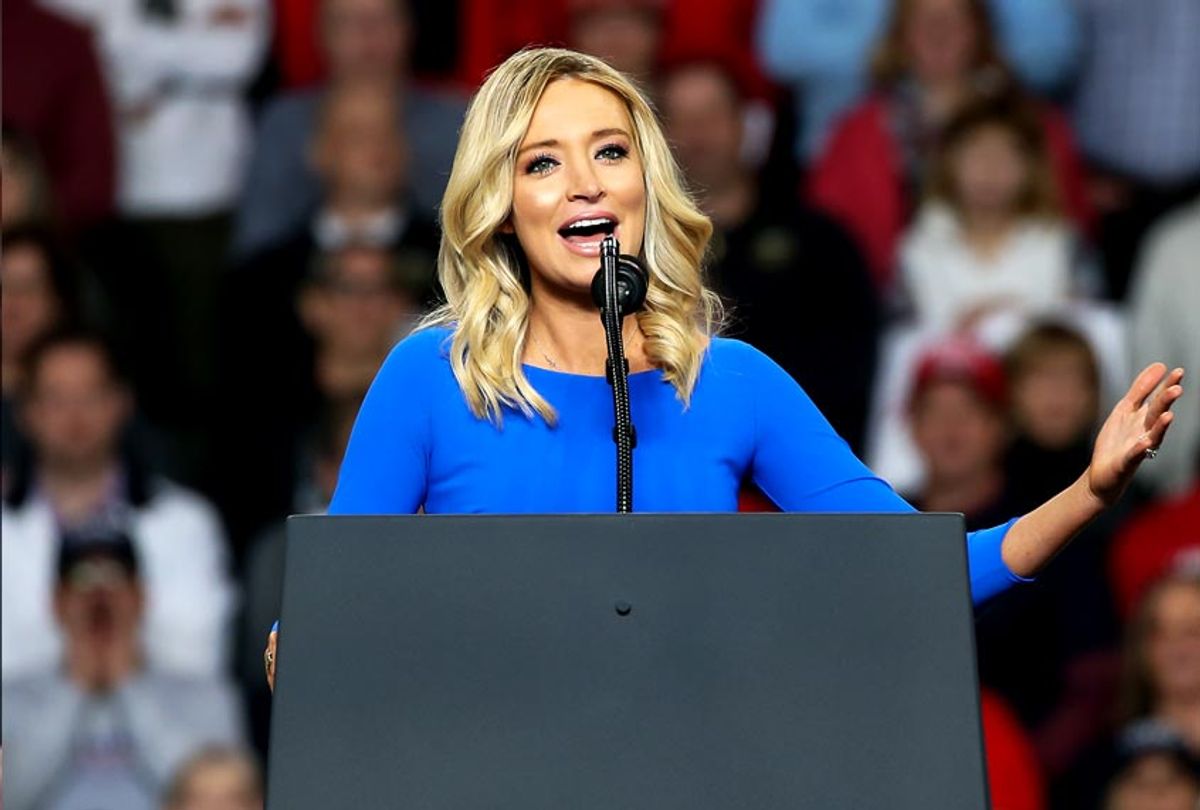 McEnany, who was the spokeswoman for the Republican National Committee during Trump's 2016 run, will replace Grisham.

She takes over amid the coronavirus pandemic, which has led President Donald Trump to hold his own daily press briefings in recent weeks. The spokeswoman is a longtime Trump loyalist who has been relentless in her defense of the president.

"This president will always put America first. He will always protect American citizens. We will not see diseases like the coronavirus come here. We will not see terrorism come here," she told Fox Business in February, after dozens of cases had already been reported in the country. "And isn't that refreshing when contrasting it with the awful presidency of President Obama?"

The Trump campaign later claimed that she was only referring to the goal of the president's travel restrictions on China, though that "ban" has allowed 430,000 people to travel from China to the U.S., according to The New York Times.

"President Trump works to defeat the invisible enemy while you mislead the nation!" McEnany declared as her comments came under criticism.

It is unclear whether McEnany will hold briefings, though The Times reports that Meadows "wants her to focus on defending the president on television." Grisham similarly spent much of her time on Fox News, but she "clashed" with Meadows, according to the report.

Axios previously reported that Meadows was considering McEnany, which appeared to blindside Grisham.

"Sounds like more palace intrigue to me, but I've also been in quarantine. If true, how ironic that the press secretary would hear about being replaced in the press," she told the outlet.

The move was part of a larger shakeup for the White House communications chief, which has seen extensive turnover in Trump's first term.

Meadows also chose Alyssa Farah, his former communications director at the House Freedom Caucus who currently serves as the Pentagon spokeswoman, to be the new director of strategic communications, according to CNN. Ben Williamson, another Meadows aide, will be a senior communications adviser.

"I continue to be honored to serve both the president and first lady in the administration," Grisham said in a statement after her departure was reported. "My replacements will be announced in the coming days, and I will stay in the West Wing to help with a smooth transition for as long as needed."

"I am excited to welcome Stephanie back to the team in this new role," said Mrs. Trump. "She has been a mainstay and true leader in the administration from even before Day 1, and I know she will excel as chief of staff. I appreciate all that Lindsay Reynolds did over the past three years and wish her well in her future endeavors."

The departure comes after Trump grumbled about the administration's relationship with the media at a news briefing last month.