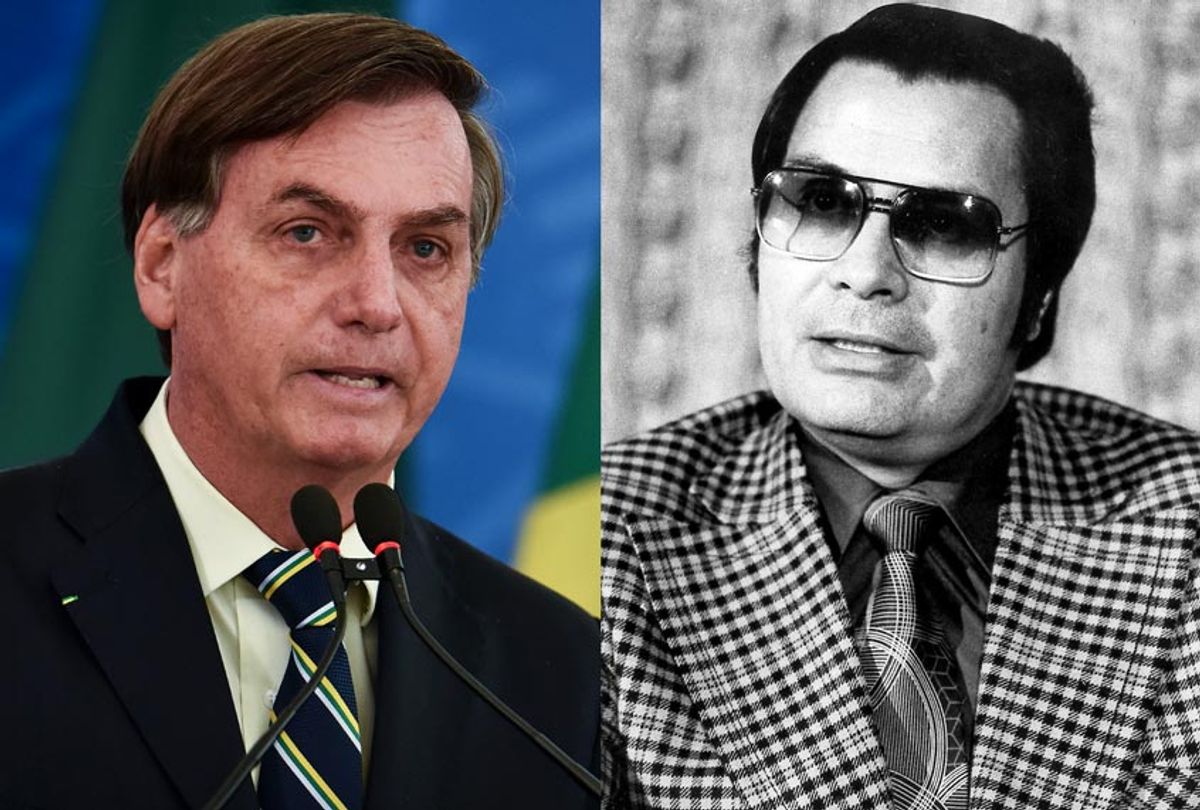 A South American country, a cult leader, a drug and the deaths of thousands of fanatic followers may sound like the tragic story of the Jonestown Massacre. But these details could just as well serve as the introduction to another devastating chapter in Brazilian President Jair Bolsonaro's administration, as he leads Brazil into chaos amid the coronavirus pandemic. The eerie parallels between the Rev. Jim Jones and Bolsonaro recall the old adage that history repeats itself — first as tragedy, then as farce.

Jones was the leader of the People's Temple, a jungle commune that was relocated from the United States to the newly-christened settlement of "Jonestown" in Guyana. On Nov. 18, 1978, just before shooting himself in the head, Jones convinced his fervent followers to commit mass suicide by drinking cyanide-laced Flavor-Aid, leaving a total of 909 people dead. Although this story may seem unusual, it represents the materialization of the ways people can be manipulated when someone takes advantage of their fears and vulnerabilities.

The mass suicide at Jonestown was the final episode of this tragic story — the end result of a personality cult around Jones, a paranoid narcissist. Jim Jones was enthralling, persuasive and power-hungry. He thrived on attention, adoration and adulation. He was equal parts bully and charmer.

Such a description could be equally applicable to Jair Bolsonaro, who maintains the devotion of his base by engaging in inflammatory rhetoric, reactionary policies, and racist dog-whistles — a behavior that echoes a cult mentality.

Bolsonaro's campaign slogan, "Brazil above everything, God above everyone," which has been constantly evoked during his presidency, was the signature of his pact with Brazil's conservative Christians, especially the neo-Pentecostalists. Even though Bolsonaro hasn't renounced his Catholicism (despite living a life far outside the parameters of Catholic "family values"), he has been using media outlets owned by self-proclaimed neo-Pentecostal bishops as spiritual tools to attract and control their members.

During the COVID-19 pandemic, Bolsonaro has dismissed the recommendations of health experts and telling people to rely on their faith and go back to their normal lives. He has even called for a national day of fasting and prayer this Sunday to "free Brazil from this evil" coronavirus.

Politically speaking, Bolsonaro and Jim Jones have little in common. As Susie Meister writes, Jim Jones preached the virtues of socialism, pacifism and racial egalitarianism. He adopted children from various ethnicities to create a "rainbow family." He inspired hope amongst his followers for global harmony, benevolence and peace. Ultimately, however, he used isolation, authoritarianism and violence to control them.

The similarities between Jones and Bolsonaro reside in their use of outlets to belittle, mock and bully their opponents. Bolsonaro constantly points new enemies to his fervent followers as a way to keep them united and motivated to fight for him. Anyone that criticizes or disagrees with Bolsonaro is considered an enemy, and every effort to shut them down is justified. This means going after scientists, health experts, the World Health Organization's director-general, Dr. Tedros Adhanom Ghebreyesusand, and even threatening to fire his own secretary of health. In short, Bolsonaro has systematically attacked the experts who have been begging citizens to engage in social distancing during this pandemic.

Just before Jones decreed mass suicide, he told his followers to "stop these hysterics," using the same terminology that Bolsonaro invokes to assail preventive coronavirus measures. But instead of drinking cyanide-laced Flavor-Aid to stop the hysteria, Bolsonaro has been urging people to take hydroxychloroquine, a drug that hasn't been fully tested in treating COVID-19, and giving people a false impression of being contagion-safe so they can go back to work.

As Brazil's COVID-19 death toll surpasses 600, Bolsonaro is doubling down on his manipulation tactics and motivates his followers to go out in the streets to protest against isolation measures. This brings his own "necropolitics" to a whole new level — in which his political actions are also centralized on the large scale production of the death of his own base — thus setting the stage for a tragedy greater than Jonestown.

David Nemer is an Assistant Professor of Media Studies at the University of Virginia. His specialty is anthropology of technology and he is the author of "Favela Digital: The other side of technology" Follow him on Twitter: @davidnemer