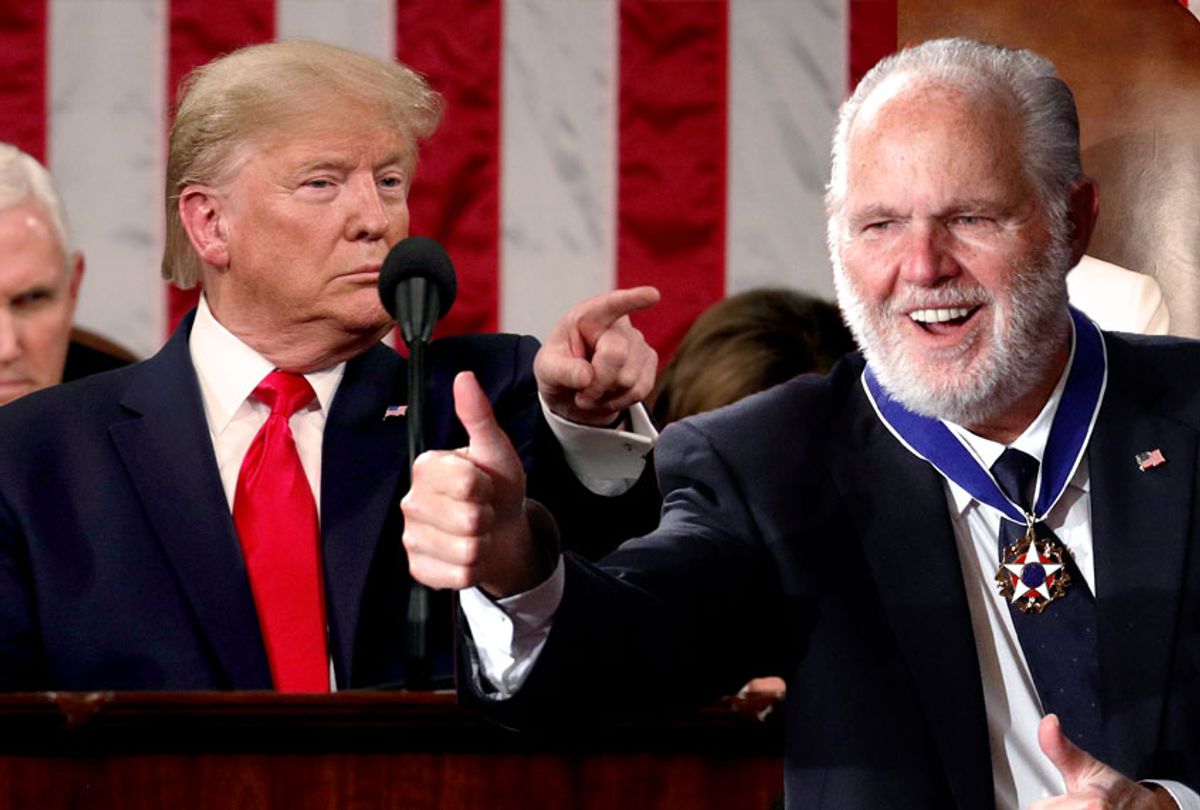 Right wing talk show host Rush Limbaugh baselessly accused Dr. Anthony Fauci, the director of the National Institute of Allergy and Infectious Diseases, of being a "Hillary Clinton sympathizer" who wants "to get rid of Donald Trump" during a Tuesday broadcast.

After claiming that the media tries to use its press briefings to undermine President Donald Trump, Limbaugh accused ABC News Chief White House Correspondent Jonathan Karl of bringing in a reporter from Phoenix TV, a privately owned company stationed in Hong Kong with connections to the Chinese government. Limbaugh claimed that Fauci "gave Karl a-thumbs up, like a 'job well done' kind of thing" after the press briefing.

"We've got all of these Hillary Clinton sympathizers still in the medical expert team here, and we know that one thing has not changed," Limbaugh added. "And that is these people's desire — above everything else — to get rid of Donald Trump."

"Can you believe these people don't care about the economy being shut down? It is stunning to me. People are being ruined," he continued. "I talked to a number of friends of mine. These are people that own their own business. A guy — a good friend of mine in South Carolina — told me he's losing a million dollars a day. Another friend's business is totally shut down — he's ruined. And there's no end in sight to this."

Trump and Fauci reportedly have a strained relationship. The president blocked Fauci from answering a question about hydroxychloroquine during a Sunday press briefing. Hydroxychloroquine is an unproven drug treatment for the novel coronavirus, which the president has hyped in previous statements even as he reportedly failed to disclose that he holds a financial interest in a French pharmaceutical company that manufactures it. Fauci has expressed frustration at the way Trump behaves during press conferences, telling Science magazine that he feels "exhausted" but "can't jump in front of the microphone and push him down."

Limbaugh concluded his monologue by falsely claiming that "there is an all-out subtle effort for the status quo because it's going to hurt Donald Trump. That is the objective. That is the only thing at the forefront of some of these people's minds while they portray themselves as being primarily concerned with public health."

Trump lashed out at Karl during the Tuesday press briefing after the ABC News reporter asked about an inspector general report which found that the federal government had failed hospitals in a number of ways, including not providing them with sufficient medical supplies from the Strategic National Stockpile and offering them inconsistent guidance (which the report also blamed on state and local authorities).

Trump berated Karl for not mentioning in his question that the official who issued the report, Christi Grimm, had been appointed principal deputy inspector general by former President Barack Obama. However, Trump never appointed a replacement inspector general when Grimm's predecessor resigned in June 2019.

"Whenever he sees the words or hears the words 'inspector general,' he thinks these are the people who forced me to go through impeachment," Karl told Mediaite's Dan Abrams on Tuesday.

He also questioned the sincerity of Trump's attacks on the press, observing that "he praises me to his friends, and then he'll come out right after and blast me in front of the cameras. I know for a fact he does this with Maggie Haberman."

You can watch the full video below via Media Matters for America: