Here’s how Fox News is badly misinterpreting the coronavirus science 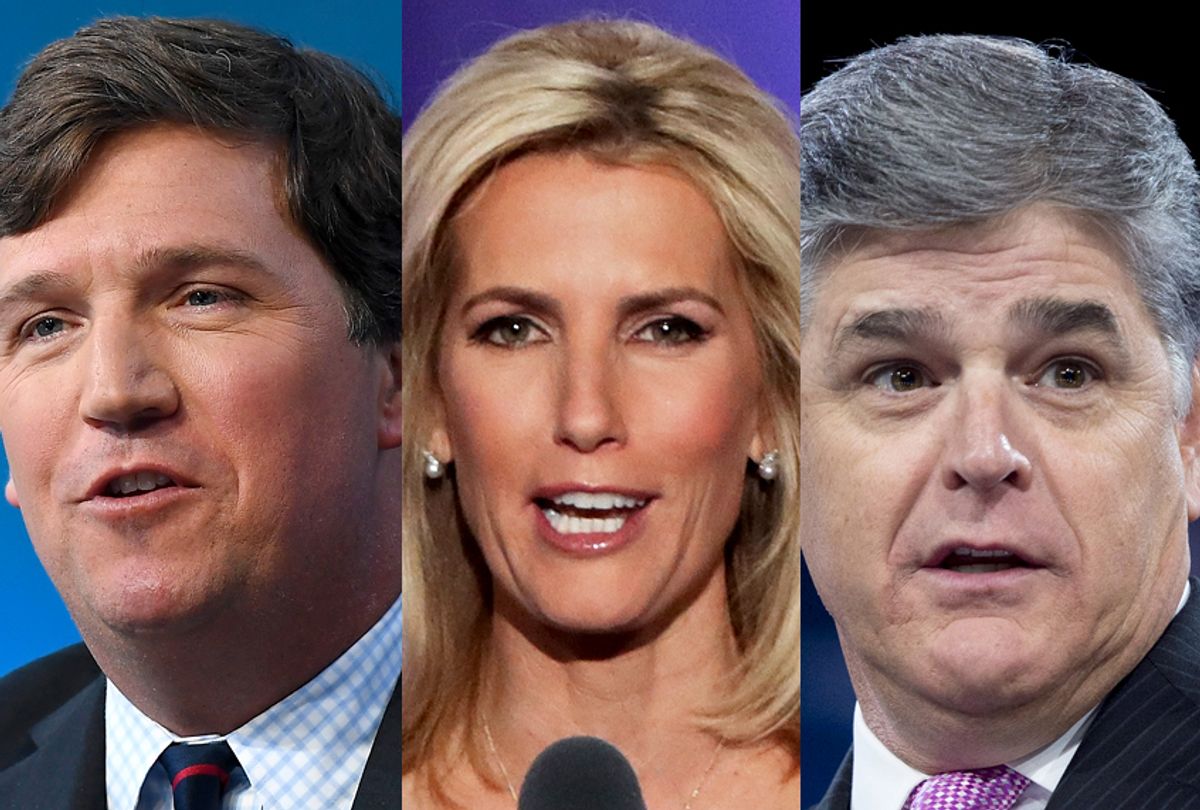 While MSNBC and CNN have offered more than their share of high-quality, informative reporting during the coronavirus pandemic, one cannot say the same about Fox News — which seriously downplayed the pandemic's severity back in January and February. Fox News' tone has shifted considerably since then, and its hosts are no longer claiming that the pandemic doesn't pose a major threat to the United States. But as Media Matters' Eric Kleefeld explains in an article published this week, some Fox News hosts are calling for a premature end to social distancing — despite evidence that it is slowing the spread of COVID-19 and lowering the number of deaths.

"Fox News is continuing its effort to declare victory in the country's struggle to get through the coronavirus pandemic, pointing to continued downward revisions in the projected death count to argue that the regular economy should be reopened," Kleefeld writes. "In fact, those downward revisions are happening precisely because of the social distancing measures that Fox commentators want to start peeling back."

Members of Trump's coronavirus task force, including Dr. Anthony Fauci and Dr. Deborah Birx, have warned that based on some models, coronavirus could eventually kill 100,000-240,000 people in the United States. But on Wednesday, Kleefeld notes, CNN reported a more optimistic model of around 60,000 coronavirus-related deaths in the U.S. over the next four months.

One of the Fox pundits who is badly misinterpreting the 60,000 projection, Kleefeld reports, is Sean Hannity — who told his viewers, "No state has experienced a surge anywhere near what was told and expected. … Now, while we continue to fight COVID-19, this country must also harness its ingenuity, its brilliance, the free market system — and figure a way to get Americans safely back to work as soon as possible, where they want to be. You can't allow America's businesses to wither on the vine and die."