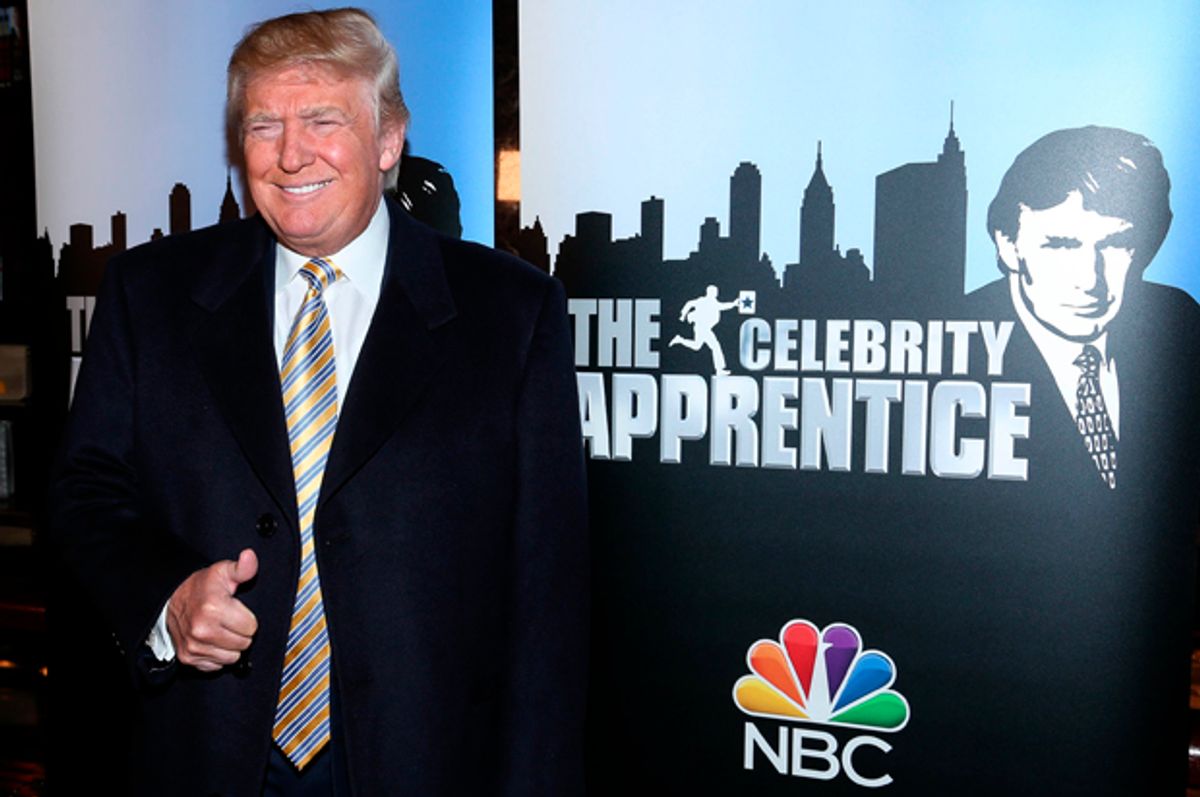 A judge has ruled that unaired footage from the reality TV show Celebrity Apprentice should be handed over to a group of entrepreneurs who say they were scammed by Donald Trump and his children who repeatedly endorsed a questionable multilevel marketing company on the show, according to a report from Bloomberg.

"Trump and his three oldest children were sued in 2018 for their roles in promoting ACN from 2005 to 2015 with Trump suggesting people could invest in the company's desktop video phone with little or no risk," writes Bloomberg's Erik Larson. "The service was quickly eclipsed with the advent of smartphones and the plaintiffs claim they lost hundreds of thousands of dollars by putting their faith in the Trumps."

The ruling marks the first time outsiders will get to see the footage in the wake of numerous unsuccessful attempts, most notable by actor Tom Arnold for the TV series The Hunt for the Trump Tapes.

Read the full report over at Bloomberg.