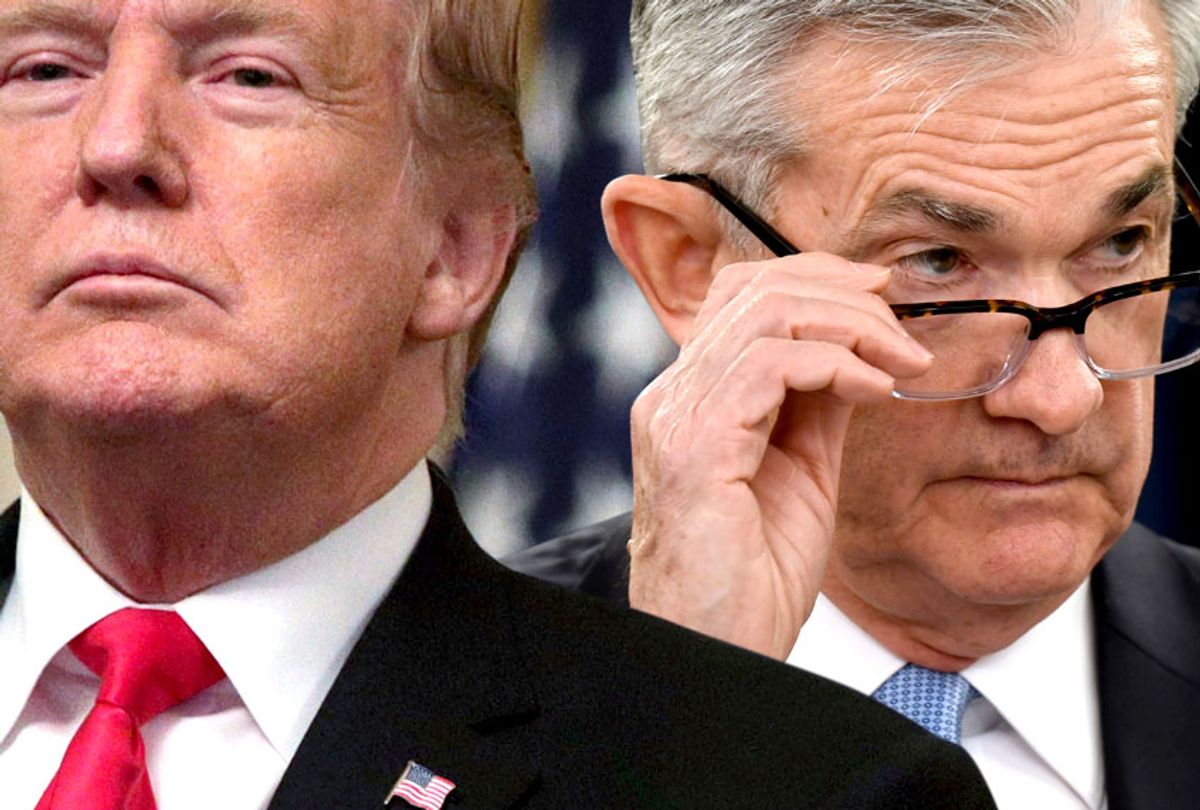 A brief and obscure provision buried in the nearly 900-page coronavirus stimulus package passed by Congress last month authorizes the Federal Reserve to skirt longstanding transparency and accountability requirements as it doles out trillions of dollars in taxpayer money to large corporations.

The provision of the CARES Act allowing the Fed to avoid oversight kicked up some outrage on social media in late March as the bill headed toward final passage but has since received hardly any media scrutiny, despite the vast sum of relief money the central bank is tasked with distributing.

"The new law would absolve the board of the requirement to keep minutes to closed-door meetings as it deliberates [over the corporate bailout fund]," Politico reported Thursday morning. "That would severely limit the amount of information potentially available to the public on what influenced the board's decision-making. The board would only have to keep a record of its votes, though they wouldn't have to be made public during the coronavirus crisis."

"The provision dispenses with a longstanding accountability rule that the board has to give at least one day's notice before holding a meeting," Politico noted.

The CARES Act created a nearly $500 billion bailout fund designed to provide relief to large corporations. Around $450 billion of that fund was placed under the control of the Federal Reserve, which can leverage the $450 billion into $4.5 trillion.

As the Fed makes hugely consequential decisions about where that taxpayer money will go, Section 4009 of the CARES Act—titled Temporary Government in the Sunshine Act Relief—gives the central bank the ability to temporarily disregard requirements that it keep detailed records, including minutes, of closed-door meetings. The provision is effective until the end of the coronavirus crisis or Dec. 31, 2020, depending on which comes first.

The 1976 Government in the Sunshine Act, passed in the wake of the Watergate scandal, required—with some execeptions—that meetings of federal agencies "be open to public observation."

The CARES Act provision states that "if the Chairman of the Board of Governors of the Federal Reserve System determines, in writing, that unusual and exigent circumstances exist, the Board may conduct meetings without regard to the requirements of section 552b of title 5, United States Code."

That change could deprive the public of information about Fed decision-making until "long after the bailout is over," Politico noted.

David Sirota, a former speechwriter for Sen. Bernie Sanders' (I-Vt.) presidential campaign, was among the first to highlight and raise alarm about the provision in late March.

"This is extremely alarming," Irvin McCullough, deputy legislative director for the Government Accountability Project, tweeted last month. "That provision's a body blow to transparency when we need it most."

Similar to the 2008 financial crisis, the Fed has played an outsize role in propping up the U.S. economy as the coronavirus pandemic sparks mass layoffs and shutters entire industries nationwide. At one point late last month, according to the Associated Press, the Fed was pumping $1 trillion a day into the banking system as the economy barreled toward recession.

Charles Glasser, a media attorney who represented Bloomberg News in a public records lawsuit against the Fed following the 2008 financial crisis, told Politico that due to the CARES Act provision, "we may never know what terms are being given to banks, what collateral is being offered, what repayment methods and duties banks and other financial institutions may have."

"This is written too broadly," said Glasser, "and allows the Federal Reserve to avoid its responsibilities of public disclosure as the courts have described them."