5 podcasts to spark your creativity

Feeling crafty? Listen to these podcasts to get inspired, take some risks, and unlock your self-expression 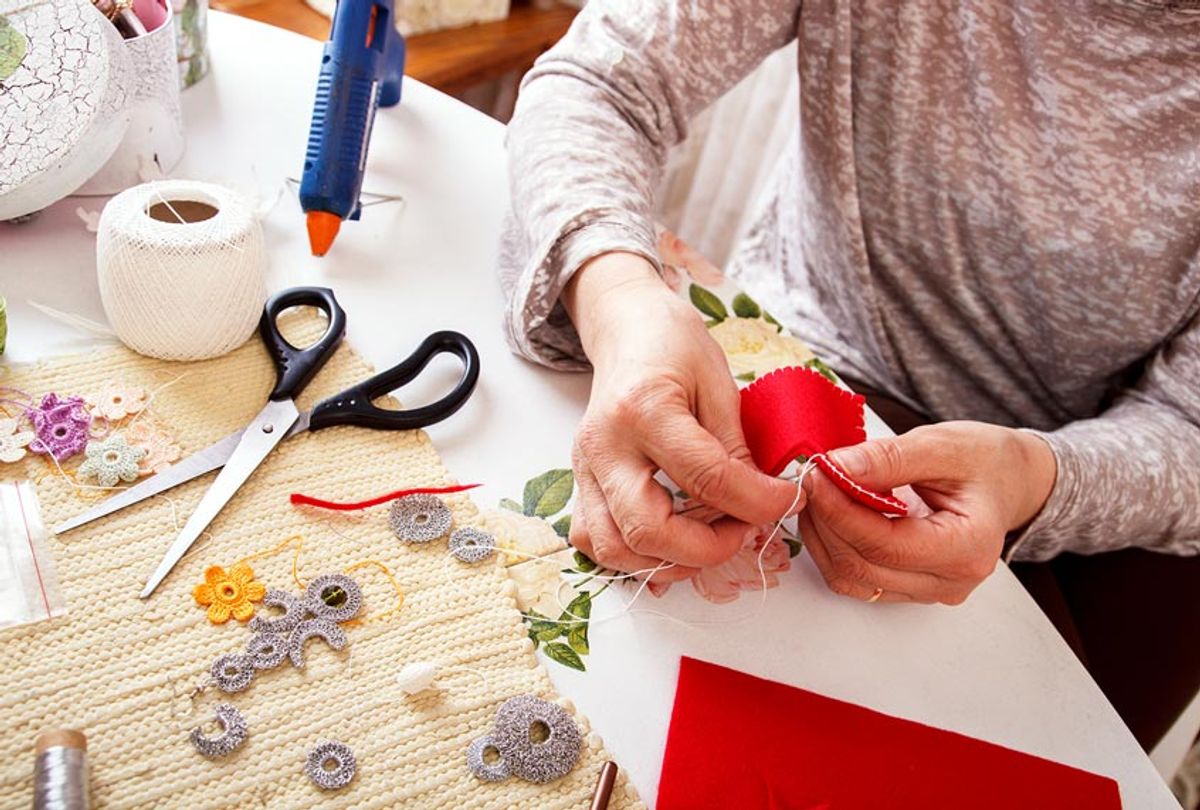 A woman sews by hand and making an ornament (Getty Images)
--

As we're all spending more time at home — and as your Netflix queue may be looking a little stale —  maybe you're feeling like jumping into some kind of creative venture: cooking, music-making, design work, crafting.

Whatever it is, here are five podcasts chosen by Salon to spark your creativity and inspire your next project.

Created by Roman Mars, "99% Invisible" is a podcast that is dedicated to taking a deep dive into the architectural and design marvels that go unnoticed in our daily lives. Things like Milton Glaser's ubiquitous "I Love New York" design, revolving doors and those inflatable tube men that dominate used car lots.

Each episode runs under 30 minutes and you have nearly 400 episodes to sift through, including the "Articles of Interest" limited series, which looks at the world of fashion and clothing through the lens of kid's clothing, blue jeans, plaid, Hawaiian shirts, pockets, and punk style.

One of the keys to creativity is thinking about the world around you in different ways, and "99% Invisible" is a surefire way to inspire that.

Word nerds, line up.  This podcast is for you. Hosted by Helen Zaltzman (and originally funded by Roman Mars of "99% Invisible"),  "The Allusionist" explores the English lexicon with the help of language experts, listener questions, and words of the day. And if you think that sounds dry, you are sorely mistaken. Zaltzman's zest for the written and spoken word, and her dry wit, literally means that she could read me the dictionary (which she does!), and I'd be here for it.

For anyone who works with words — poets, fiction writers, bloggers, podcasters — "The Allusionist" will really further your love of language and encourage you to be thoughtful and have fun in how you use it next.

"Song Exploder" was created by Hrishikesh Hirway with a simple mission: take the world's favorite songs, and, with the help of their creators, blow them up and put them back together step-by-step. In doing so, listeners get an inside look into how they were built in the first place.

For aspiring musicians and songwriters at home, "Song Exploder" is a window into the creative process of how the pros get it done and will encourage listeners to contemplate how they are building their own songs from scratch.

Founded in 2005, "Design Matters," which was created and is hosted by Debbie Millman, is considered to be the first and longest running podcast about design. Over the last decade and a half, Millman has honed the show's formula; each episode runs between 30 and 60 minutes and features interviews with industry-leading graphic designers, educators, artists, and thinkers.

"Salt, Fat, Acid, Heat" author and Netflix show star Samin Nosrat announced in early March that she would be hosting a new podcast to help people figure out the weird process of cooking through quarantine. The project is a joint-venture between Nosrat and Hirway of "Song Exploder" (yes, podcasting sometimes feels like a very small world).

Each episode will loosely center on one ingredient. The first episode, for example, is called "Bean There, Done That." Nosrat will also answer listener questions each episode.

"Record a quarantine cooking question, story, or anxiety using the voice memo app on your phone and send it to us at alittlehomecooking@gmail.com," she posted on her Instagram.

Listen to it to inspire your next #qaurantinecooking meal.