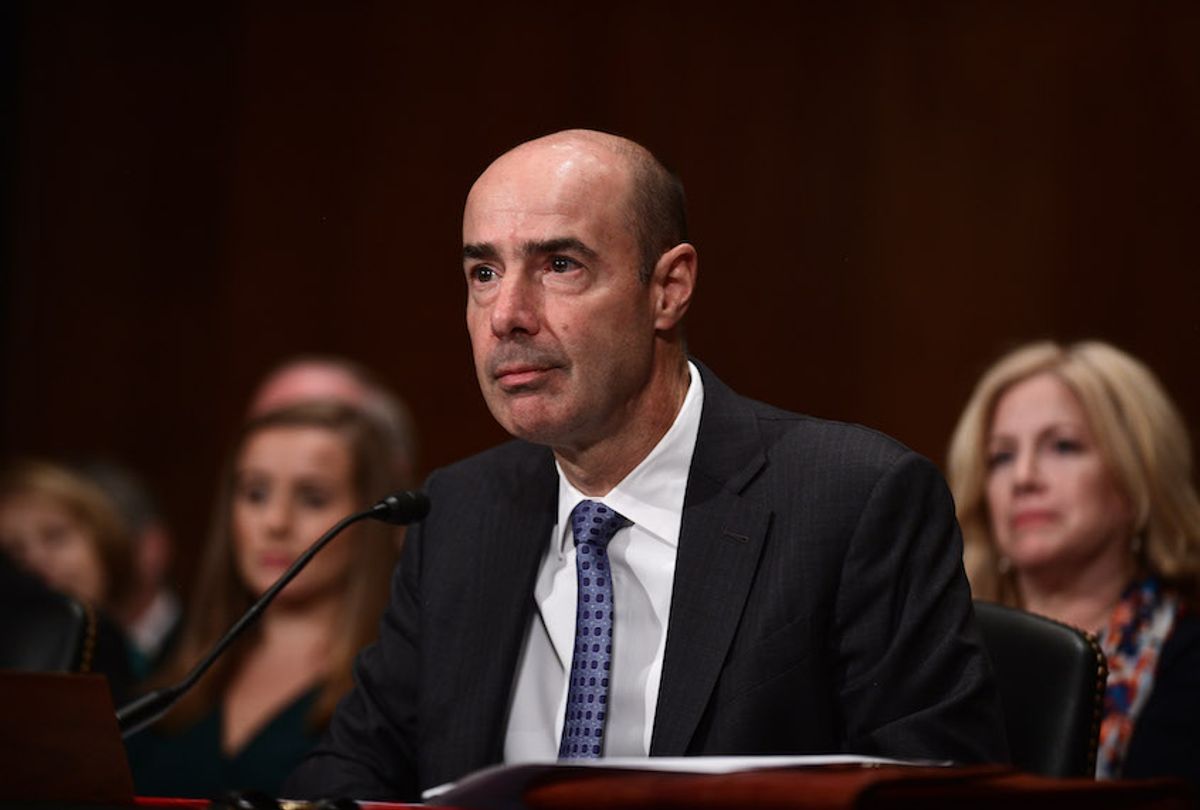 The U.S. Senate Committee on Health, Education, Labor and Pensions (HELP) holds a confirmation hearing for Eugene Scalia to become the next U.S. Labor Secretary on September 19, 2019 in Washington, DC. (Astrid Riecken/Getty Images))
--

From his guidance rolling back paid leave benefits to his attempt to limit who qualifies for beefed up unemployment insurance, Labor Secretary Eugene Scalia's implementation of the multi-trillion-dollar coronavirus stimulus package is coming under fire from Democratic lawmakers and advocacy groups who say the former corporate lawyer's handling of the new law favors businesses over people in desperate need of assistance.

Scalia, son of the late Supreme Court justice Antonin Scalia, "has used his department's authority over new laws enacted by Congress to limit who qualifies for joblessness assistance and to make it easier for small businesses not to pay family leave benefits," the Washington Post reported Friday.

In a tweet late Friday, Rep. Steve Cohen (D-Tenn.) pointed to the unprecedented surge in jobless claims over the past month and ripped Scalia's "despicable" management of the CARES Act, which temporarily expands relief for the unemployed.

"Because of COVID-19, more than 16 million Americans have submitted unemployment claims in the past three weeks, but Labor Secretary Eugene Scalia is using his authority to limit who qualifies for assistance," Cohen wrote. "This is despicable. We are in the midst of a pandemic!"

While criticizing the stimulus package—which President Donald Trump signed into law late last month—as far too business-friendly overall, progressives have cautiously applauded the law's across-the-board expansion of unemployment benefits by $600 for a period of four months.

But lawmakers have voiced alarm at the Labor Department's lack of urgency in rolling out the benefits and, as the Post reported, Scalia issued guidance earlier this week that aims to "make it more difficult for gig workers such as Uber and Lyft drivers to get benefits."

Andrew Stettner, a senior fellow at the Century Foundation, ripped the department's guidance in a series of tweets: