GOP governor says Trump is lying about states not needing aid: "The president was on the call" 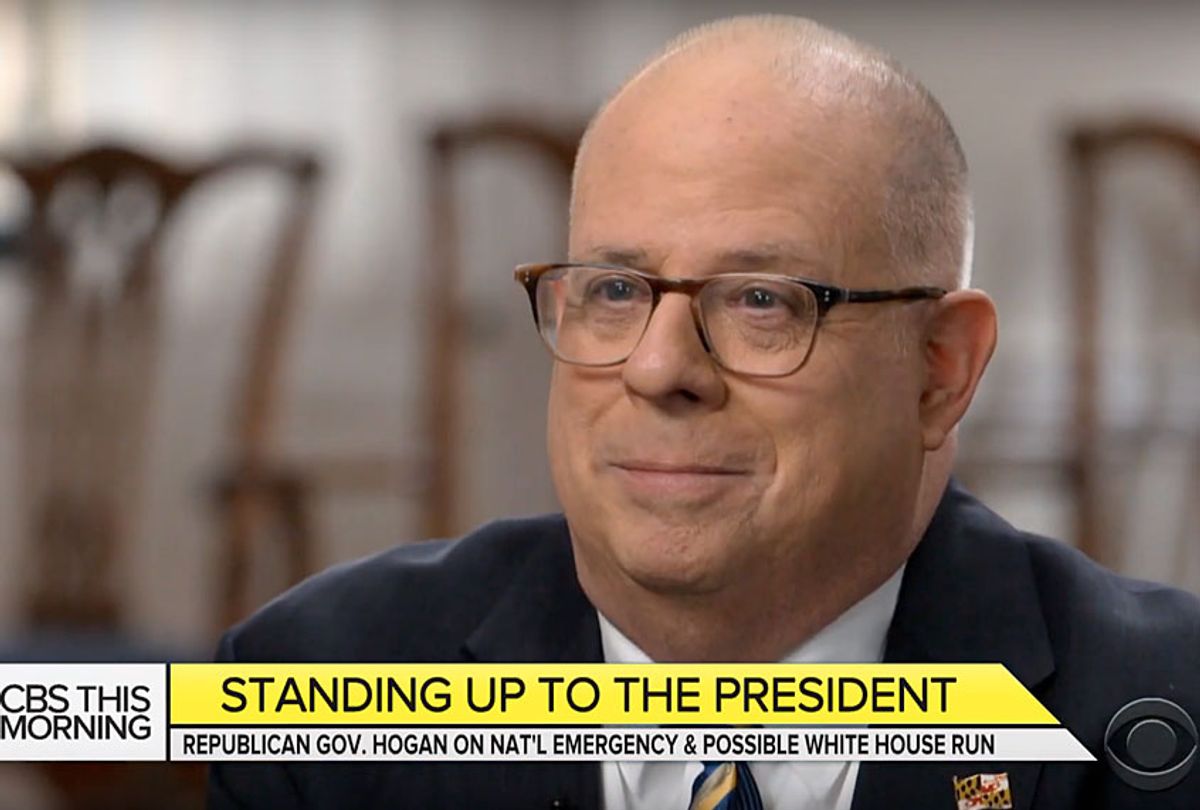 Republican Maryland Gov. Larry Hogan on Sunday suggested that the president of the United States had not told the truth when he said that states have all the medical supplies that they need.

During an interview on ABC, host Martha Raddatz noted that Trump had recently downplayed the need for personal protective gear for health care workers.

Hogan said that Trump's words were "not quite accurate."

"I get calls from governors every single day," Hogan replied. "We've had 12 calls now with every single governor in America, eight of which the president and/or vice president was on the call with us."

"I had a call with the FEMA administrator just yesterday afternoon," he continued. "I know there's people in Washington working very hard to help the states but I think to say that everybody is completely happy and we have everything we need is not quite accurate."

"I mean, everybody still has tremendous needs on personal protective equipment and ventilators and all of these things that you keep hearing about," Hogan added.