How are people getting infected? It's the most important question the media can answer 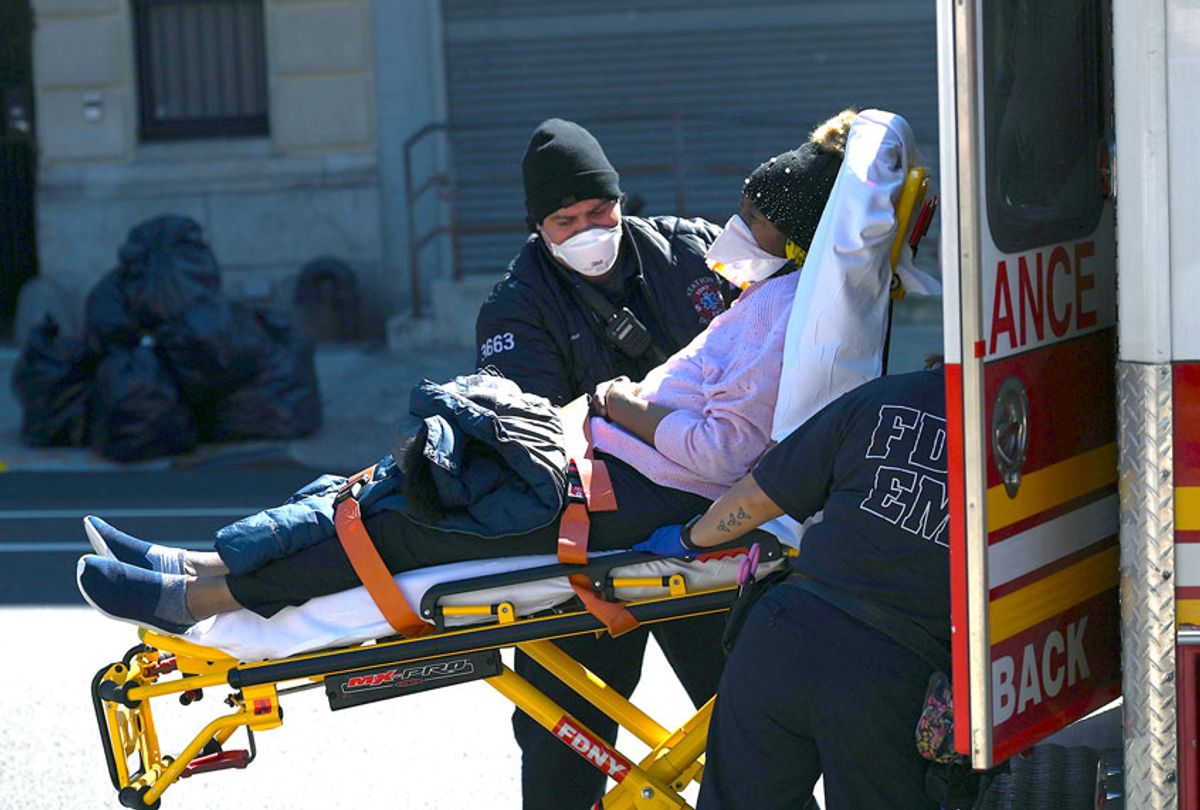 Paramedics carry a stretcher with a patient out of an ambulance at Brooklyn Hospital Center on March 27, 2020 in New York City. (ANGELA WEISS/AFP via Getty Images)
--

There are countless health care heroes putting their own lives on the line to save sick people's lives, but the real front line of this pandemic is regular people trying to keep from getting sick in the first place.

Barring the discovery of a miracle treatment, medical intervention can only do so much. The main way to save lives, and the best hope for stopping the outbreak, is for individuals to change their behavior so we stop spreading the virus. (Individuals, of course, do not always choose their circumstances; society needs to support individuals so that they don't need to choose between the health of the community and daily survival.) 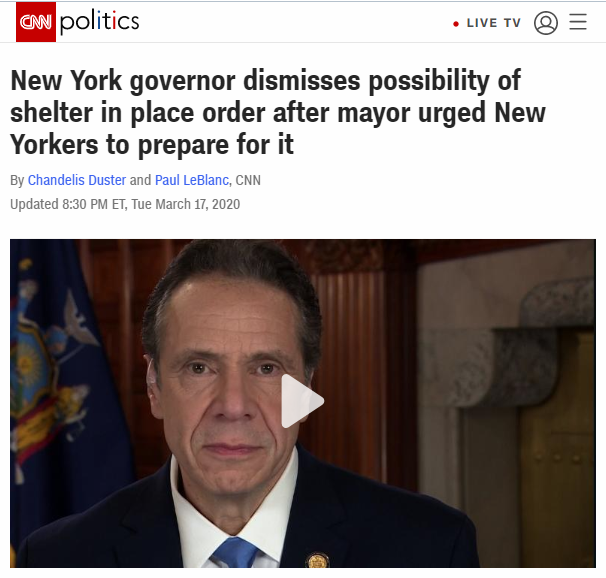 Gov. Andrew Cuomo's refusal to take decisive action (CNN, 3/17/20) is a big part of the reason New York State has the worst Covid-19 outbreak in the nation.

And drastic changes in behavior have caused dramatic reductions in the spread of coronavirus. Take New York State, which has become the epicenter of the pandemic in the United States, and probably the world: On March 17, when Gov. Andrew Cuomo declared his opposition to a shelter-in-place policy (CNN, 3/17/20), there were 1,706 recognized cases of Covid-19 in the state. When Cuomo bowed to reality on March 20, telling workers at all non-essential businesses to stay home (CNBC, 3/20/20), that number had risen to 8,310 — a growth rate of 48% a day, which doubles the number of cases faster than every two days.

With New Yorkers largely heeding the call to mostly shut down our lives, that growth rate has declined sharply. In the week after Cuomo's order, known cases grew 27% per day; the week after that, it was 13%; the following week, which brings us to this week, cases grew 8% per day. (These numbers come from this highly useful site.)

This is good; if we had kept going at the rate we were at on March 20, infections would be in the millions in the state right now, and the virus would be starting to run out of fresh victims to infect. It's hard to say what the death toll would have been, especially with a health care system that would be almost useless in the face of such numbers, but hundreds of thousands does not seem like an unlikely death toll. So — good job, people!

But the fact remains that each day for the past 12 days, New York State has added at least 8,000 to the total of identified cases — when the total that was alarming enough to shut down most of the economic life of the state was 8,130. So far in New York, the proportion of identified cases that are officially registered as fatal — bearing in mind that both of these numbers are severely undercounted — is 4.8%. If that number stays steady, the new cases will add something like 375 to 525 additional deaths to the eventual tally every day — in a state where in normal times there are approximately 425 deaths from all causes each day. 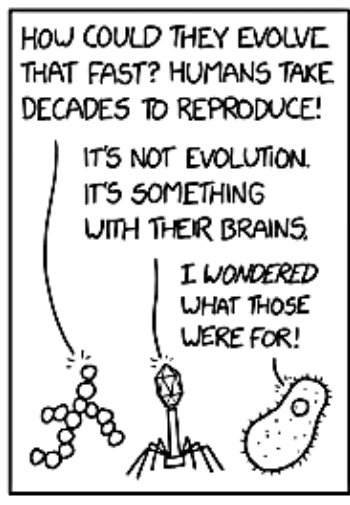 The question is: Will human brains continue to adapt to the coronavirus pandemic? (XKCD, 3/30/20)

And it is not clear that the growth rate in new cases will continue to decline; we may have reached a plateau. Cases grew by 8% on April 5 and April 8; by 7% on April 6, 9 and 10; and by 6% on April 7: There is no clear downward trend. And maintaining a 7% growth rate means doubling the number of cases every 10 days; that is obviously not sustainable, especially when you already have more than 190,000 cases.

This story could be repeated for pretty much every state and territory in the union. There's no place where the outbreak is clearly dying out on its own, nowhere that the number of cases looks to be dropping anytime soon below the numbers that have forced the dramatic clampdown on economic life.

What this means is: We need to do better. As much as we have changed our lives to stop spreading the virus, we need to change more. That's the only feasible path back to a semblance of normal life.

And that's where the media can be most helpful: by investigating and reporting how the virus is continuing to spread. Are new infections happening among people who have disregarded instructions about isolation and social distance? Among essential workers who lack adequate safety gear? Among those who are doing their best to heed warnings, but are finding themselves exposed in the course of obtaining basic necessities? Do masks help? Is exercising outdoors safe?

Finding out what the weak spots are in our defense against the coronavirus is the most vital task journalists can perform right now. It's news we could use — desperately.