CEOs are in business to make a profit and maximize their share prices, not to serve America 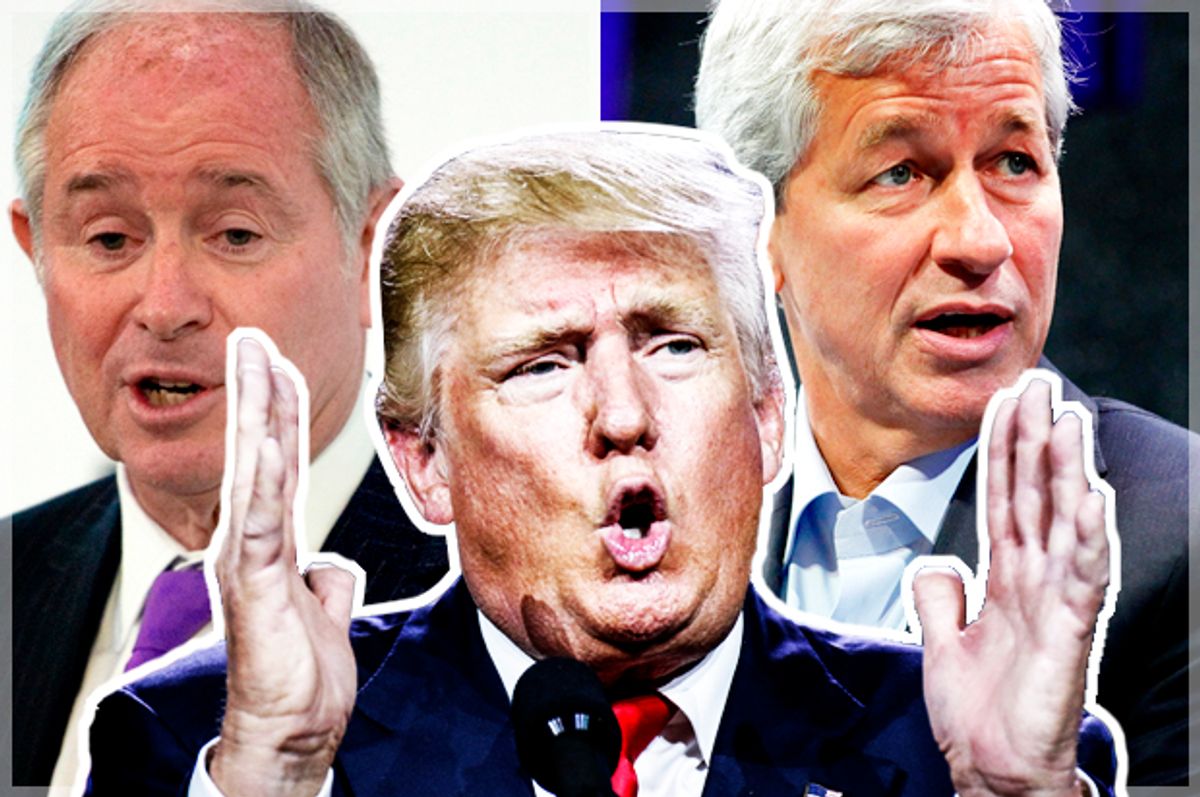 Today, America's wealthiest business moguls — like Jamie Dimon, head of JPMorgan Chase — claim that they are "patriots before CEOs" because they employ large numbers of workers or engage in corporate philanthropy.

CEOs are in business to make a profit and maximize their share prices, not to serve America. And yet these CEOs dominate American politics and essentially run the system.

Therein lies the problem: They cannot be advocates for their corporations and simultaneously national leaders responsible for the wellbeing of the country. This is the biggest contradiction at the core of our broken system.

A frequent argument made by CEOs is that so-called "American competitiveness" should not be hobbled by regulations and taxes. Jamie Dimon often warns that tight banking regulations will cause Wall Street to lose financial business to banks in nations with weaker regulations. Under Dimon's convenient logic, JPMorgan is America.

Dimon used the same faulty logic about American competitiveness to support the Trump tax cut. "We don't have a competitive tax system here," he warned.

But when Dimon talks about "competitiveness" he's really talking about the competitiveness of JPMorgan, its shareholders, and billionaire executives like himself.

The concept of "American competitiveness" is meaningless when it comes to a giant financial enterprise like JPMorgan that moves money all over the world. JPMorgan doesn't care where it makes money. Its profits don't directly depend on the wellbeing of Americans.

"American competitiveness" is just as meaningless when it comes to big American-based corporations that make and buy things all over the world.

Consider a mainstay of corporate America, General Electric. Two decades ago, most GE workers were American. Today the majority are non-American. In 2017, GE announced it was increasing its investments in advanced manufacturing and robotics in China, which it termed "an important and critical market for GE." In 2018, over half of GE's revenue came from abroad. Its once core allegiance to American workers and consumers is gone.

Google has opened an Artificial Intelligence lab in Beijing. Until its employees forced the company to stop, Google was even building China a prototype search engine designed to be compatible with China's censors.

Apple employs 90,000 people in the United States but contracts with roughly a million workers abroad. An Apple executive told The New York Times, "We don't have an obligation to solve America's problems. Our only obligation is making the best product possible" — and showing profits big enough to continually increase Apple's share price.

American corporations will do and make things wherever around the world they can boost their profits the most, and invest in research and development wherever it will deliver the largest returns.

That in turn depends on our education, our health, and the infrastructure that connects us. Yet today, American workers are hobbled by deteriorating schools, unaffordable college tuition, decaying infrastructure, and soaring health-care costs.

And truth be told, big American corporations and the CEOs that head them — wielding outsized political influence — couldn't care less. They want tax cuts and rollbacks of regulations so they can make even fatter profits. All of which is putting Americans on a glide path toward lousier jobs and lower wages. How's that for patriotism?

The first step toward fixing this broken system is to stop buying CEOs' lies. How can we believe that Jamie Dimon's initiatives on corporate philanthropy are anything other than public relations? Why should we think that he or his fellow CEOs seek any goal other than making more money for themselves and their firms? We can't and we shouldn't. They don't have America's best interests at heart — they're making millions to be CEOs, not patriots.

Big American corporations aren't organized to promote the wellbeing of Americans, and Americans cannot thrive within a system run largely by corporations. Fundamental reform will be led only by concerned and active citizens.