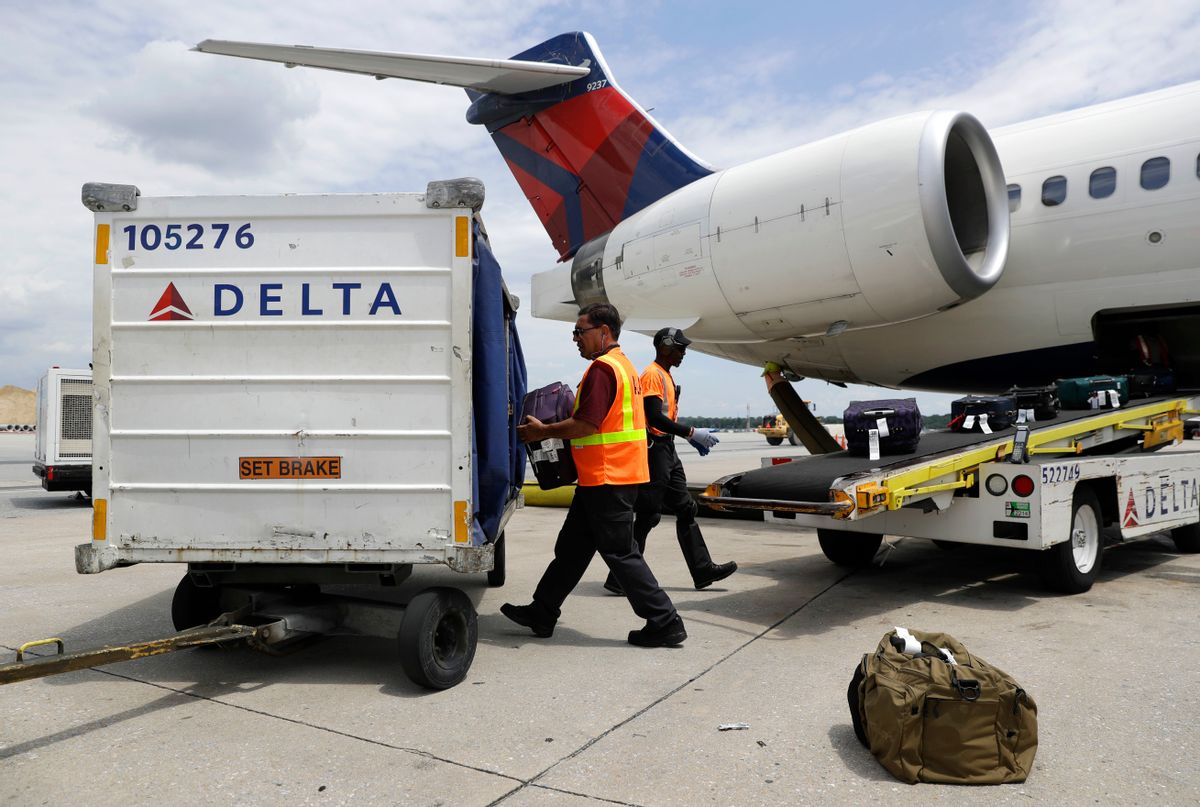 Big airlines that donated large sums to Donald Trump's re-election were the first recipients of the corporate bailout funds included in the $2.2 trillion coronavirus relief bill signed by the president last month.

Airlines, including American, Delta, United, Southwest, JetBlue and others, agreed to a $25 billion bailout deal with the Treasury Department on Tuesday, CNBC reported. The airlines agreed not to furlough employees or cut pay until the end of September. The deal is expected to include other provisions after the Treasury Department pushed for the airlines to pay back 30% of the money.

Daniel Elwell, the deputy administrator of the Federal Aviation Administration, previously worked as a lobbyist for Airlines 4 America, which represents companies like American, Southwest and JetBlue.

TrumpBailouts was launched after the president issued a signing statement vowing to disregard parts of the oversight requirements in the relief bill.

"For the millions of Americans facing painful financial choices right now, the very least the Trump administration can do is spend their tax dollars responsibly and effectively," Kyle Herrig, president of Accountable.US Action, said.

Herrig told Salon that the group is concerned about whether the money "goes to companies that are well-connected instead of workers in need."

"Why should a CEO sitting safely on a yacht be thrown the first lifeline?" he questioned.

TrumpBailouts shows the companies received massive windfalls from the 2017 Trump tax cuts and used much of their cash reserves on stock buybacks.

The site also tracks executive compensation. Airline executives have touted personal pay cuts in recent weeks, though their salaries make up just a fraction of their total compensation.

"I've cut my own salary by 100% through the next six months, Delta CEO Ed Bastian said last week, even though his salary of nearly $900,000 made up less than 6% of his total compensation last year.

JetBlue CEO Robin Hayes took a 20% "temporary salary cut," the company said. That would still leave him with about $3.58 million in total annual compensation.

But some airline executives do not get a "salary" at all. Allegiant Air CEO Maurice Gallagher, for example, received $2.85 million in compensation in 2018 despite not receiving any base salary.

The $500 billion in corporate bailout funds were included in the bipartisan coronavirus legislation approved in March. Senate Democrats vowed to impose strict restrictions on bailout funds, including requirements that companies retain employees and not give bonuses to executives. But Federal Reserve officials told Politico that the restrictions apply to less than 10% of the bailout funds, which are intended for airlines and companies considered vital to national security, and does not apply to the other $454 billion. The bill's fine print could also benefit the companies of Trump and his son-in-law Jared Kushner.

While much of the aid is in loans, the airline industry will receive direct payments it does not have to pay back. The bill provides about $50 billion to passenger airlines and $8 billion to cargo carriers. Trump also vowed to work to help the cruise line industry, even though most companies are registered overseas, as well as the oil industry, though it was not included in the bill.

"I do not understand, and my administration will not treat, this provision as permitting the [the inspector general] to issue reports to the Congress without the presidential supervision," the statement said.

Trump chose White House lawyer Brian Miller to serve as the inspector general, though he will need to be confirmed by the Republican-led Senate.

"The resident's nomination of one of his own lawyers clearly fails that test," Speaker of the House Nancy Pelosi, D-Calif., said in a statement. "Clearly and sadly, the president intends to double down on his signing statement promise to disregard key oversight provisions that hold the administration accountable to the law."

Michael Bromwich, the former Justice Department inspector general, argued that no one who has served in the White House "should be eligible to serve in this role."

"The job requires complete independence from politics," he said. "This nomination should be dead on arrival."

Accountable.US Action argued that oversight was necessary and warned against indiscriminate corporate bailouts.

"There was no consideration for how many billions of dollars in quarterly profits they had recently posted. No limit on how many millions of dollars they pay their CEOs. No considerations for how many dividends they have paid out to shareholders or profits they wasted on stock buybacks to boost their share price, even in the middle of this crisis. No consideration for how much they benefited from the 2017 Trump tax cuts directed at the largest corporations," the group says. "The result: industries that should have been better positioned than most Americans to absorb an economic downturn are lining up for taxpayer assistance."