"She’s a complete coward": Twitter goes in on McCain after she goes MIA for Rep. Alexandria Ocasio-Cortez's segment 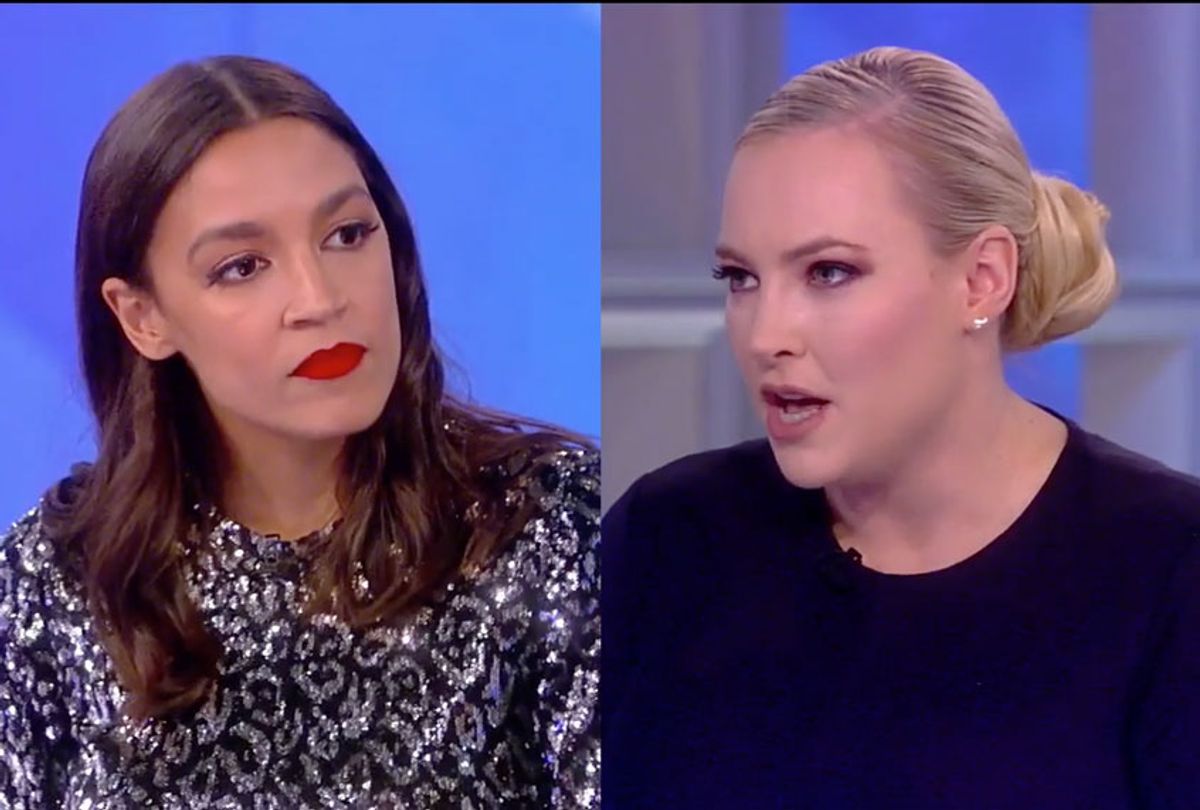 Alexandria Ocasio-Cortez and Meghan McCain on "The View" (ABC)
--

"The View" questioned Rep. Alexandria Ocasio-Cortez (D-NY) on Wednesday, but conservative co-host Meghan McCain did not participate in the interview despite being present on the show earlier.

McCain was present at the beginning of the show, when the panel discussed President Donald Trump's recent attacks on the World Health Organization. She was also present for an interview with health official Dr. Deborah Birx.

But when the panel interviewed Ocasio-Cortez, McCain did not ask any questions and did not appear on screen.

Many fans of the show noted on Twitter that the conservative co-host was missing in action:

Meghan actually left the show when AOC came on, she's a complete coward

Why isn't Meghan in on this conversation with AOC? I thought she was supposed to be there because of her "political views" Now just MIA! What gives?

@MeghanMcCain We know that you had strong feelings about #AOC when she got elected, now that she has been on your show a few times, can you share any thoughts on her now? Has anything changed?

I'm honestly confused. Why does @MeghanMcCain disappear when @AOC is on #TheView. Like every time. What's the deal? pic.twitter.com/7jTw64J22Q