Trump wants a scapegoat, as always — but an immigration ban won't slow the pandemic or enable widespread testing 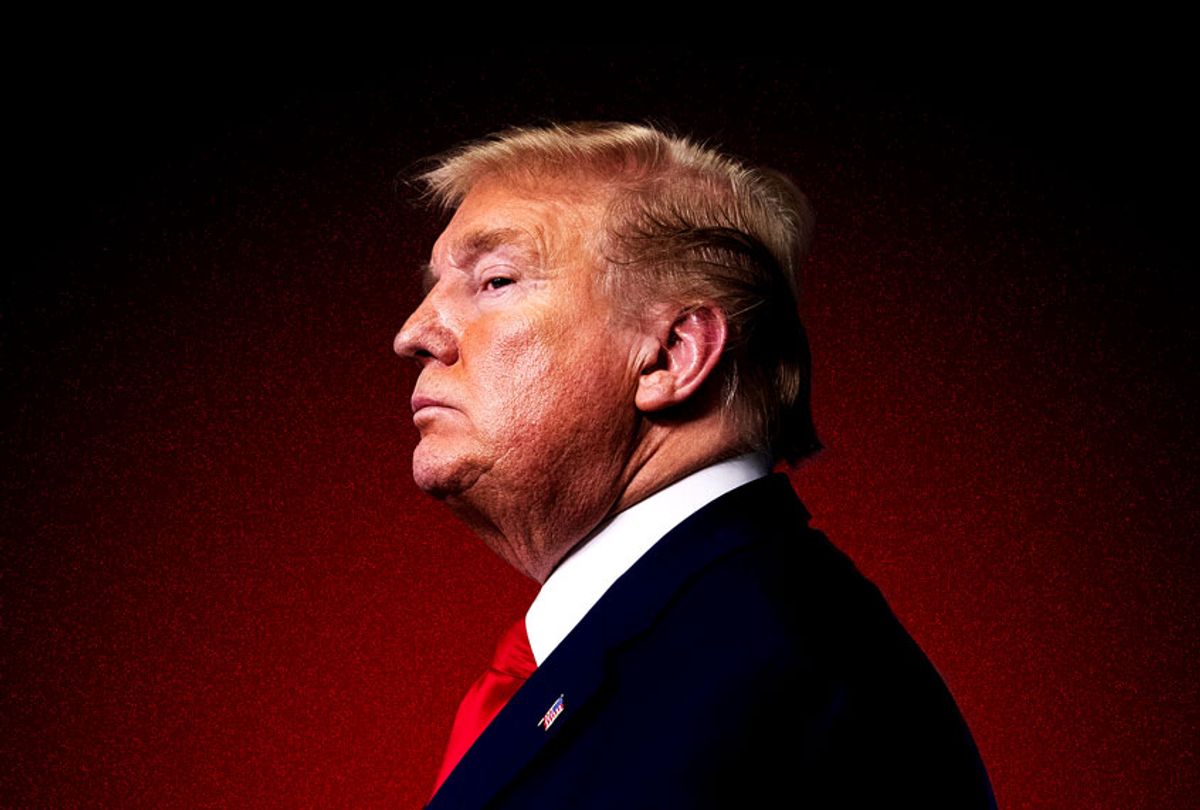 This was so inevitable that it's genuinely difficult to muster the appropriate level of outrage: Donald Trump, who spends his 20-plus waking hours a day grasping desperately for a scapegoat to distract from his own failures to slow the spread of the coronavirus and prevent the country from economic collapse, has declared that he's going to ban immigration.

"In light of the attack from the Invisible Enemy, as well as the need to protect the jobs of our GREAT American Citizens, I will be signing an Executive Order to temporarily suspend immigration into the United States!" Trump tweeted at 10:06 p.m. on Monday, the hour highlighting the trollish impulse that motivated this bit of chaotic evil in the first place.

As usual when it comes to Trump setting policy through shitposting, it's unclear whether he can actually do what he claims he can do, or whether the legal rationales will in any way match the supposed reasoning rolled out on Twitter.

According to the Washington Post, an executive order is being drafted that "would suspend nearly all immigration under the rationale of preventing the spread of infection by foreigners arriving from abroad."

This pretense, of course, is laughable. The United States now has more confirmed cases than any other nation on earth: Three-quarters of a million, as of Tuesday morning, which is more than three times as many as Spain, the country with the second-largest number of confirmed cases. (I understand that the number of cases in China is unclear, and may be significantly larger than the official reckoning.) Of course, the actual number in the U.S. is quite likely much higher, since Trump's initial efforts to slow down testing have been highly successful (preventing people from getting adequate medical care turns out to be one of his few real skills), resulting in a situation where we literally have no idea how many people have been infected.

So in reality, Americans are more of a threat to the rest of the world than vice versa. But of course Trump isn't acting out of any sincere desire to slow the viral spread or to protect people's jobs. If he cared about the health or economic wellbeing of Americans, he wouldn't have spent months ignoring the warnings about the virus, resulting in a devastating outbreak that has fueled a rapidly escalating death rate along with an economic crash that rivals the Great Depression.

No, it's clear enough that Trump would let Americans die by the millions if he thought he could make a buck off it. This tweet, and whatever Frankenstein's-monster policy results from it, is just the latest manifestation of the ongoing game of Who Will He Blame Today?

It's like Trump has a Magic Eight-ball stocked with scapegoats — immigrants, public health officials, governors, the news media — and he keeps frantically shaking it, cycling through his chosen blame objects, certain that eventually he'll find the right people to foist all his failures onto so he can scurry away, with zero accountability, as he has done all his life.

Trump's eagerness to blame immigrants isn't a surprise, of course. Trump won in 2016 through an overtly racist campaign pandering to fears of demographic and cultural change on the part of his aging white voting base. Racism is Trump's comfort blanket, the one he reaches for every time he feels like he's losing control and needs to remind his racist base why they love him.

But demonizing immigrants does nothing to actually slow down the spread of the virus. Immigrants aren't the reason that there are not enough coronavirus tests. Immigrants aren't why everyone has to be locked inside their homes, unable to go to work or enjoy normal life. Banning immigration will not do a single thing to get the tests out to state governments that can't reopen until there's a better way to track and contain the virus than the current lockdowns that we're all enduring, immigrants included.

In fact, not only are immigrants not to blame, but they are doing a disproportionate amount of the work, at great personal risk, to keep this country going in the face of this historic pandemic. For instance, immigrants — both documented and undocumented — are the labor backbone of America's food system, and without them, our food distribution systems could fall apart.

The recent disaster at the Smithfield Foods pork processing plant in South Dakota illustrates how this right-wing instinct to find scapegoats isn't just evil, but is also a straight-up threat to public health. As BuzzFeed discovered, both the state of South Dakota and Smithfield itself failed to take the necessary steps to slow the spread of the coronavirus. As a result, the coronavirus spread rapidly through the plant, infecting at least 725 workers and at least 143 of their family members and social contacts.

Rather than accept responsibility for the company's own failures, a spokesperson for Smithfield blamed the workers for the disease, with overtly racist rhetoric targeting the largely immigrant workforce.

"Living circumstances in certain cultures are different than they are with your traditional American family," the Smithfield spokesperson said, pointing to a Fox News interview with South Dakota's Republican governor, Kristi Noem, who said the disease had spread because "a lot of these folks who work at this plant live in the same community, the same buildings, sometimes in the same apartments."

The Smithfield spokesperson can blame immigrants however much she likes for strange foreign customs like "living with family" and "having neighbors," but that doesn't change the fact that a disease ripped through that plant — a major economic engine in a sparsely populated red state — and caused it to shut down. That story is just a hint of what's coming for the various Republican-controlled states — including Georgia, Tennessee and South Carolina — who are planning to "reopen" at Trump's behest, even though public health officials unanimously think that's a terrible idea.

These Republican governors may have fantasies about the economy roaring gloriously back to life as their busy-bee workers get back on the job, but it's more  likely that the coronavirus will come back to life instead. Workers sidelined by disease are no more productive than those under lockdown orders, as the Smithfield plant shows. And blaming the victims doesn't do anything to make them healthy enough to go back to work.

Who knows what will happen here? Trump's proposed executive order banning immigration is 100% propaganda that will do nothing to slow the disease or help to help Americans who are out of work get back on their feet. If anything, it's going to cause more damage by injecting more chaos into an already disastrous labor market, and forcing immigrants who are trying to shelter in place to travel elsewhere to stay out of the grasping hands of ICE.

One small tendril of good news is that Trump's most steadfast base — adults over age 65 — appears to be souring on the president's relentless tendency to prioritize propaganda over serious action to slow the coronavirus.

A new Morning Consult poll reports that older Americans, who were far more likely than any age group to approve of Trump's handling of the crisis in mid-March, are losing confidence quickly, and their approval "is now lower than that of any age group other than 18-29-year-olds."

That's one poll, of course, and Trump's voters are justly notorious for sticking by Dear Leader no matter what. But still, it's a small signal that the literal fear of death may actually be enough to cause some doubts over whether all the racism is worth it. Trump will no doubt keep circling back to blaming immigrants, since his only concern is escaping accountability. But maybe, just maybe, some of his voters are starting to wonder if they'd be better off with a president who cares more about saving lives than about how to pin the blame on the most vulnerable people in our society.