Renters remain left out in the cold despite coronavirus eviction protection 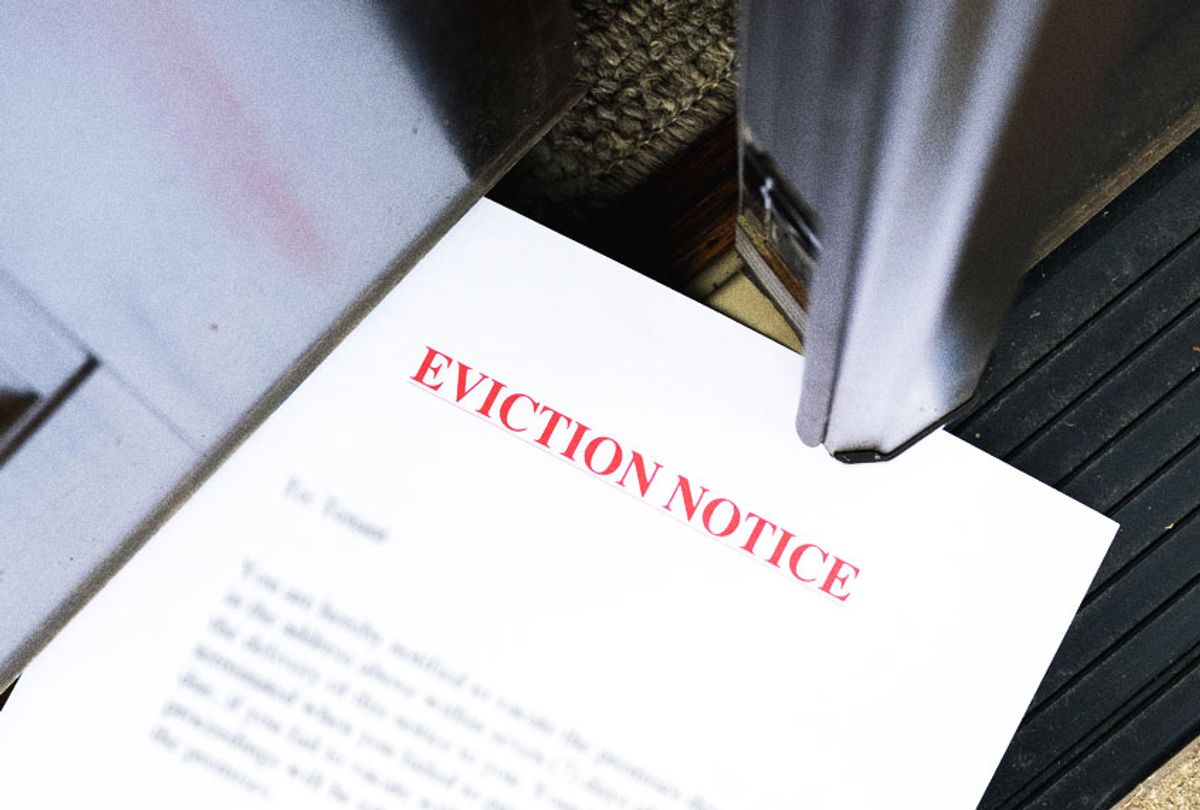 Emergency relief for renters across America may protect them from the threat of eviction during the coronavirus crisis – but it won't last for long.

The economic shutdown necessitated by COVID-19 has undermined the ability of millions of families and individuals to pay their landlords. But current measures to alleviate their hardship will not last through the summer, leaving the country at risk of a surge of evictions and homelessness within months.

The current crisis also hits landlords, small ones especially, who may now struggle to meet mortgage payments, property taxes and other essential expenses. Again, the measures offered by Congress provide only limited relief.

As scholars of housing policy, we know that for any measure to have real impact, it will need to address problems facing both tenants and landlords. Such a solution may already exist in the Housing Choice Voucher program, a 40-year-old program which enables low-income households to afford rental housing in the private market.

The coronavirus worsens an already severe housing affordability crisis. The most recent data shows that 10.7 million households, one-quarter of all renters, spend more than half of their income on rent, including 56% of all renters earning less than US$30,000 per year. More than 2.3 million renters are evicted annually. On any given night, more than 500,000 people are homeless, and nearly three times as many went homeless during the course of a single year.

More than 20 million people have filed for unemployment benefits since the shutdown began, and this number is likely to climb higher in the weeks ahead.

The people most at risk of losing their jobs are those who work in low-paying service industries such as restaurants, hotels, personal services and the retail sector. They are also disproportionately likely to rent their homes.

Many of these workers will struggle to pay landlords in the coming months. As of 2019, the Federal Reserve reported that about 40% of all households could not cover an unexpected $400 expense without borrowing funds or selling a possession.

In an effort to provide relief to families and business hit by the economic meltdown, President Trump signed the $2.2 trillion CARES Act on March 27.

The legislation provides considerable support to homeowners but much less to renters. Homeowners with government-supported mortgages such as those that are guaranteed by Fannie Mae or Freddie Mac, accounting for 70% of all outstanding mortgages, can skip mortgage payments for up to 12 months without risk of foreclosure. Missed payments will instead by added to their mortgage balances.

Renters are afforded some protection. The legislation forbids private and public owners of rental housing financed with government assistance – about 28% of all rentals – from evicting tenants for nonpayment of rent over a period of six months. In addition to the CARES Act, 15 states and 24 cities have temporarily suspended evictions for nearly all renters in their jurisdictions.

The CARES Act also provides relief in the shape of expanded unemployment benefits as well as a one-off payment of $1,200 to eligible adults and an extra $500 per child.

But rental protection is unlikely to last more than a few months – less if stays on eviction are not enforced, as has been the case in a number of states.

Moreover, when renters skip their rent, they still owe it – it will need to be repaid at a later date.

These emergency measures do little to help landlords cover their expenses. It does prohibit lenders from foreclosing on landlords with federally backed mortgages, should they fail to make payment. But it does nothing to help them pay employees, utility bills or their property taxes. And when landlords cannot pay property taxes, it becomes even more difficult for hard-pressed cities, towns and school districts to provide essential services.

One alternative would be for the government to pay landlords directly to cover the loss of rental income. Rep. Ilhan Omar, for example, is proposing that all renters have their rents canceled, with landlords applying for compensation from the federal government.

A downside of this approach is the potential for providing assistance to landlords and tenants who do not need it. It would also require a new apparatus to administer the program, which could delay implementation.

Advocates and policymakers have suggested other ways government could address the looming rental housing crisis.

The approach partially adopted by the CARES Act is to compensate displaced workers for their loss of income. This could be expanded through repeated cash payments to households. Alternatively, unemployment benefits could be increased. But there is also no guarantee that recipients will use the funds for housing or that funds would be targeted at low-income households that require assistance.

The government could pay employers to keep workers on their payroll and hire back those they have let go. It has already adopted this approach to an extent, but not anywhere close to the scale that would be necessary. Scaling up these efforts would probably take months and may not be politically feasible.

We believe a more viable option would be expanding the government's Housing Choice Voucher program. Established in 1974, it enables low-income households to rent housing in the private market, paying no more than 30% of their income on rent, with the government paying the rest.

It is available to all low-income households and currently serves 2.2 million households – although as many as 10 million were eligible for the program before the COVID crisis.

The program already has the administrative apparatus needed to handle an increase in participants: a nationwide network of over 3,300 housing authorities with decades of experience. Many have already demonstrated their capacity to dramatically expand operations to accommodate new households in the event of natural disasters, such as hurricanes and floods.

If expanded to meet the demands of the current crisis, the Housing Choice Voucher program could act as a shock absorber for the rental housing market. For tenants, it would provide some stability where there now is uncertainty and reduce the risk of displacement, eviction and homelessness. For landlords, it would provide a steady stream of income to help pay the mortgage, property taxes and other expenses.