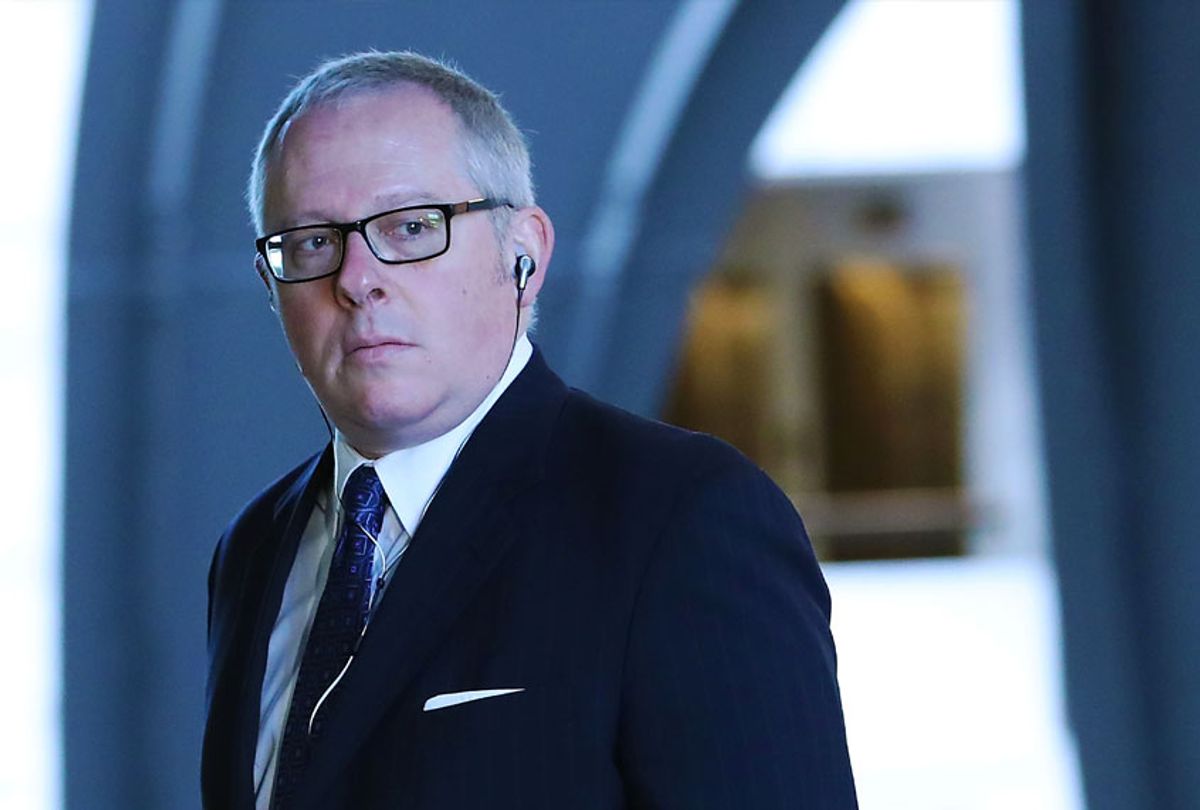 Michael Caputo, who was brought on last week as spokesman for the Department of Health and Human Services (HHS), made racist comments about Chinese people and spread conspiracy theories about the new coronavirus in since-deleted tweets posted weeks before he was hired.

CNN's KFile uncovered more than 1,300 since-deleted tweets that the outspoken Republican operative published between February and early April, some of which included racist and vile comments about Chinese people. Conspiracy theories falsely claimed that Democrats wanted the virus to kill millions of people, and the media was "carrying water for the Chinese Communist Party" in an alleged effort to bring down President Donald Trump.

The former Trump campaign official and longtime Roger Stone ally deleted most of his Twitter history when he was brought on as the new assistant secretary for public affairs at HHS, a high-profile public communications position during the coronavirus pandemic.

Responding to a conspiracy theory that Americans brought the coronavirus to China on March 12, Caputo tweeted that "millions of Chinese suck the blood out of rabid bats as an appetizer and eat the ass out of anteaters." He also asked one Twitter user, "Don't you have a bat to eat?" To yet another, he wrote: "You're very convincing, Wang."

"Fair game, dude. I don't care," Caputo told CNN when asked for comment. "It doesn't matter to me at all."

"When you tweet in spirited fashion, KFile is going to have them," he continued. "I've known that all my days, so I don't mind what you've done."

Caputo suggested on March 8 that a Democratic "strategy to defeat" Trump required hundreds of thousands of American deaths. He referenced James Hodgkinson, a leftwing activist with record of domestic violence who shot Rep. Steve Scalise, R-La., at a congressional baseball practice in 2017.

"Coronavirus is the Democrats' new Russia, their new Ukraine," he added. "And nobody will believe them except their zombies."

Caputo worked on Trump's 2016 campaign, resigning in the summer after he tweeted the following when former campaign manager Corey Lewandowski was fired: "Ding Dong the witch is dead."

Caputo, who at one time served as a public relations consultant for Russian President Vladimir Putin, was later interviewed by former special counsel Robert Mueller and Congress in investigations into Russian interference in the 2016 election. He likened those interviews to a proctology exam, adding that Mueller knows "more about the campaign than anyone who ever worked there."

He tweeted in mid-March to Democrat impeachment lawyer Daniel Goldman, who had tested for COVID-19, "Wow. I started out feeling badly for you. At least now we know the Wuhan Virus doesn't have any lingering effects on douchebags."

Goldman had written, "One final note: I may be the first you know who tested positive, but I won't be the last. Let's take care of each other, listen to the experts and the cities, states and corporations who are taking the lead in the absence of the fed government, and get through this together. END."

Politico has been investigating strange hiring practices since the administration brought former administration adviser John McEntee back into the fold. Reports said McEntee left the White House in 2018 because of an apparent gambling problem. He rejoined the administration earlier this year as director of the Office of Presidential Personnel, an influential hiring position.

On March 17, Caputo tweeted, "The Chinese Communist Party has always been adept at lying to cover their murders. What's remarkable here is the US Democrats and their conjugal media repeating CCP propaganda because they hate Trump more than they love America. The Wuhan virus has exposed them."

Caputo told CNN he had been tweeting in a "spirited manner" in defense of the president a few weeks ago, but that he is now "a servant of the American people and some might be disappointed, but my tweets will be different."